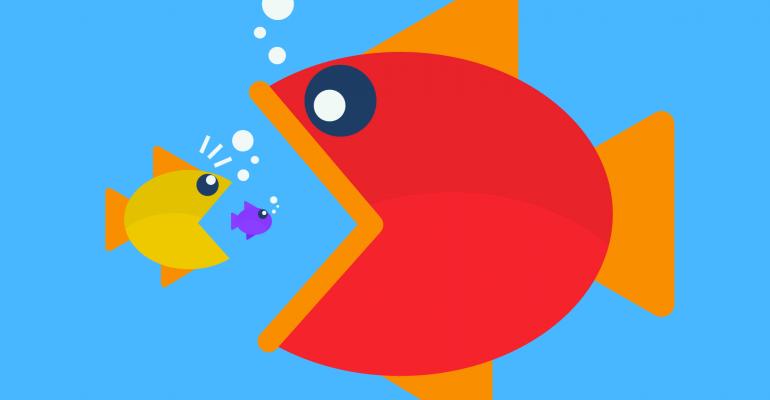 A Banner Year for Deals Thanks to RIA Consolidators

As the independent advisory industry matures, a record number of mergers and acquisitions took place among registered investment advisors in 2018. But the data suggest smaller firms are being left behind.

Despite the slowing U.S. economy, wealth managers were as eager as ever to grow by way of mergers or acquisitions. There were 181 deals among RIAs in 2018, 13 more than in 2017, making it the sixth-straight year deal volume reached a new high, according to a quarterly M&A report by Echelon Partners, a Los Angeles-based investment bank and consulting firm focused on wealth and investment managers. An all-time high of 32 transactions involved firm assets of $1 billion or more.

But the concentration of the industry isn't happening evenly across firm sizes or types. Some of the largest RIAs, built purposely to acquire other firms, are dominating M&A. The so-called strategic consolidator firms accounted for 47 percent of all deals in 2018, a share of the volume that has been inching up. Meanwhile, RIAs, which Echelon defines as smaller advisory firms with relatively modest financial resources, made only 28 percent of deals in 2018—the lowest share of the volume in at least a decade. 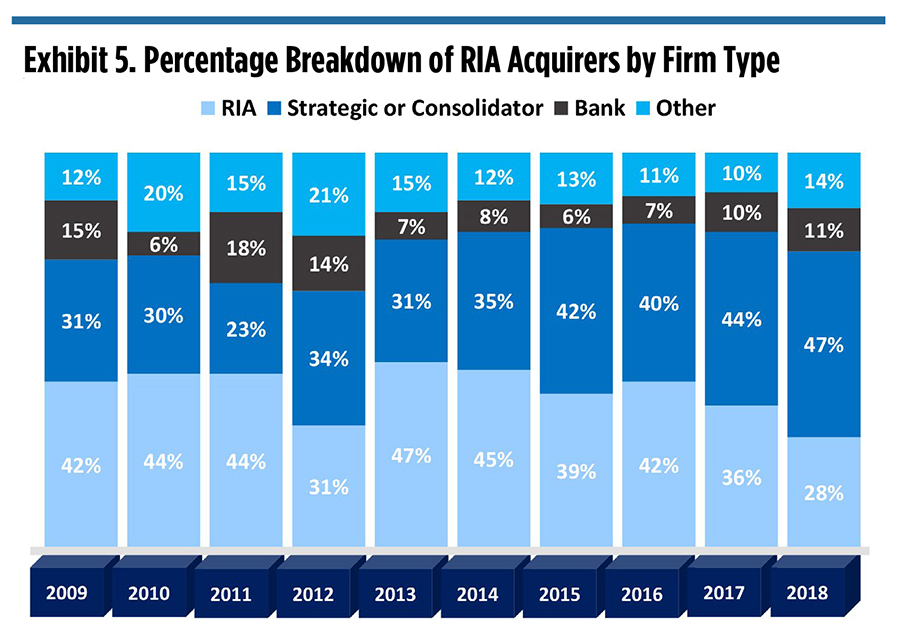 “I don’t think that necessarily reflects poorly on the RIAs. I think what it signals is that the consolidators are more aggressive,” Carolyn Armitage, managing director at Echelon Partners, told WealthManagement.com. “We are seeing that consolidators have the deeper pockets. Some of them have private-equity money and have been sitting on dry powder, if you will, and see opportunity.”

It's a seller's market and RIAs are fetching multiples anywhere between four and nine times their year-to-year growth of earnings before interest, taxes, depreciation and amortization, a measure of cash flow known as Ebitda, according to Armitage. Still, there are forces at work—like an aging advisor workforce looking to monetize their practices—driving changes with the industry's M&A environment, which opens a window for consolidators looking to capitalize, Armitage said.

She also added that there are more would-be sellers than the industry realizes.

“We, as investment bankers, are the keepers of secrets,” Armitage said. “We know there are a number of firms very much interested in selling.”

Beyond a lot of readily available capital, consolidators have an advantage over most other RIAs looking to make a deal in that most firms have never completed an acquisition. Exploration and preparation for deals is months in the making and once a field of suitors is narrowed, negotiations can be as frenzied as in any industry. Unlike most other RIAs, consolidators have teams dedicated to seeking out sellers and working on deals.

Focus Financial Partners, an acquirer of registered investment advisory firms that went public in July, topped the list in terms of transactions with 21 deals in 2018, followed by Mercer Advisors with eight and CAPTRUST with four, according to the Echelon report. In the company's first earnings call in August  Focus Financial’s founder and CEO Rudy Adolf called mergers and acquisitions the company’s “bread and butter.”

Scott Slater, the vice president of practice management and consulting at Fidelity Clearing and Custody Solutions, said that he sees the prolific buyers keeping their pace through 2019 and that there is room for other companies to join that club. The industry's maturation is in the "early innings" and what is really occurring is not consolidation that decreases the number of firms—the overall number of advisory firms is growing—but rather it's leading to a concentration of advisors and assets with fewer firms.

Other RIA buyers might be set to do more deals in 2019. Ermitage said not to count out banks—they are often slower to make decisions, but "that prudent nature of theirs is usually a good long-term play for them ... they usually make good strategic bets.”

She also said that, barring a cataclysmic event, Echelon expects deal activity to be robust this quarter and 2019 "to be another blockbuster year." 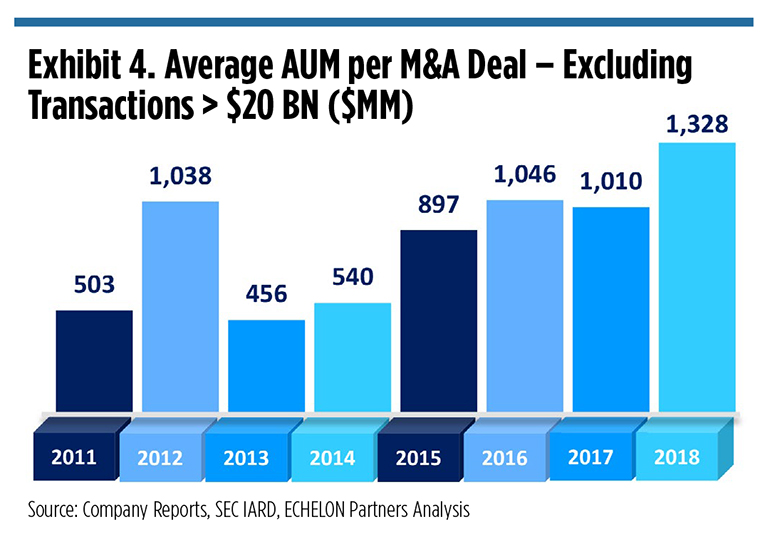