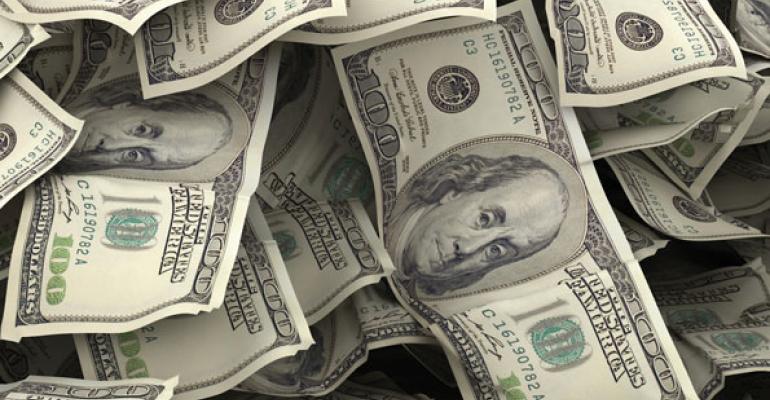 Small businesses and advisors alike are awaiting additional allocations for the loan program while continuing to navigate confusion in the application process.

With the Small Business Association currently unable to accept new applications for loans from the Paycheck Prevention Program (PPP) due to a lack of funding, advisors and their clients are questioning where clients who’d already submitted applications stand, with some advisors saying they’ve heard of no one being funded as of yet.

“I have clients whose accounts are with big banks,” Allan Katz, a financial advisor at the Staten Island, N.Y.-based Comprehensive Wealth Management, said. “Some have been turned away because their payroll account wasn’t there. Some have simply run out of the money and some have had tremendous logistical problems with the website applications constantly crashing.”

The PPP was included in the CARES Act, a stimulus package passed last month in response to the economic impact of COVID-19’s spread throughout the country. Congress allocated $350 billion towards the loan program, designed to help small business owners maintain their payroll headcount through the worst of the turmoil, with the loans being forgivable provided employers used 75% towards payroll expenses, among other stipulations.

But from the start, applicants (and advisors) spoke of delays and confusion in the process, with new guidance on the law remaining a daily occurrence, according to Linda J. Farinola, a founder and advisor with the Princeton, N.J.-based PFG Planning. The accounting side of Farinola’s firm had been solely devoted to PPP loan applications in the several weeks since the CARES Act was passed. She expressed surprise that it had taken so long for the program’s funds to be depleted, considering the immense number of applicants.

While some of her firm’s clients had been funded, Farinola said others had been left in limbo. Farinola found that some of the smaller banks had been more responsive to clients and even been more successful in getting funding to applicants compared to some of the bigger banks. She expected Congress to allocate new funding soon, and advised clients to have their paperwork ready for submission if they hadn’t yet applied.

“When it opens up, as we guess it will, there will be a mad rush to get in,” she said. “Our next goal will really be to make sure they’re using the funds properly so they can maximize their potential loan forgiveness in a year. You want to use it for payroll, you want to use it for rent. We’ve said ‘hold off on paying your rent until the loan clears.’”

Tony Matheson, a founder and advisor at the Sacramento-based Matheson Financial Partners, found that numerous clients working with banks on their application process have been left in the dark, and were wondering what yesterday’s announcement that funds were depleted meant meant for the application. Matheson likened it to a ‘black hole’ where applicants submitted documentation to loan officers and never heard back.

“They’re in the dark; is it just that they’re not accepting new applications, but they are still in the queue?” he said. “It seems black and white that you can’t apply anymore, but what about the folks who did apply?”

Matheson said he also knew of several RIAs who had applied for loans, but as of yet didn’t know of any who’d received a payment (Farinola’s firm is waiting to hear about their own loan application). For now, Matheson advised clients to retain cash as much as possible, saying it might be preferable to make minimum debt payments than to pay them in full, for example. He also said there were other options available in the CARES Act, including a provision that allows individuals to withdraw as much as $100,000 from their 401(k) or IRA while avoiding penalties on the withdrawal if the amount is replaced in whole within three years (instead of 60 days).

“It’s not ideal; you don’t want to take money from your retirement account, but at times like this you do what you have to do to get by,” he said. ““It’s great (the PPP) was rolled out so quickly, but there’s just so much confusion, and it’s unclear what to do or how to proceed.”

Congress is continuing to negotiate about additional PPP funding, with Farinola saying she was hearing discussions about an additional $250 million. Matheson was also hopeful Congress would soon reach a deal, especially if different states would ultimately have different trajectories towards when they re-opened businesses.

“This is going to drag out for a while, and businesses are going to need more money if they’re going to stay afloat,” he said. “I’m hopeful there’s going to be another package or injection into the program, and hopefully some of these backlog issues will be addressed.”