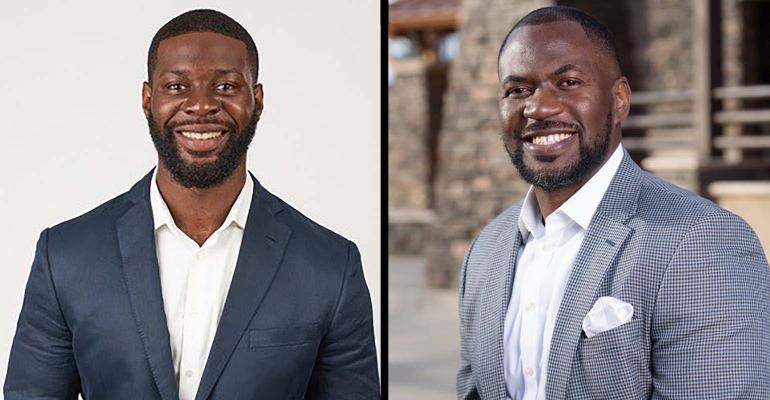 Advisor Network for Minority-Led Firms to Launch in January

The Onyx Advisor Network, a new community and service-based platform for minority-led advisory firms, will launch in January. The firm’s co-founders, who also head their own practices, hope the new organization helps advisors of color start and scale their businesses in an industry not known for its diversity.

In an interview with WealthManagement.com, Onyx Advisor Network co-founder Emlen Miles-Mattingly said he and co-founder Dasarte Yarnway originally met on social media shortly after Yarnway had started Berknell Financial Group and Miles-Mattingly had formed his own firm, Gen Next Wealth, in which he often worked with minority families striving to create and retain generational wealth.

According to Miles-Mattingly, he and Yarnway counseled each other with practice management tips and support, which was much needed given the two principals were starting their businesses with no easy access to help, resources, community or technology. Miles-Mattingly remembered when the two advisors visited an industry conference only to find very few advisors of color in attendance.

“It was one of those situations where Dasarte and I looked at each other and said, ‘This is why we have to do Onyx,’” Miles-Mattingly said. “We have to make financial planning and giving advice a viable career for people who hadn’t even thought of this.”

With a monthly membership fee, as yet undisclosed, advisors in the network can access compliance assistance, coaching opportunities and a model portfolio solution from Vanguard to help new or breakaway advisors boost their investable assets. Onyx will also sponsor an annual conference, and has already revealed partnerships with companies like Wealthbox, Envestnet and Altruist, which will serve as a custodian for advisors on the network.

Miles-Mattingly said custodial access was particularly important, recalling that both he and Yarnway had trouble partnering with a custodian when starting their firms. Asset minimums in the range of $10 million are a barrier to new advisors without preestablished networks of relatively wealthy prospects. Miles-Mattingly said he wants to offer a coaching program for advisors that highlights the importance of getting to that first $10 million of investable assets hurdle, and assisting advisors in charting a road map to reach it.

He said he and Yarnway hope for 100 advisors on the platform by the end of the first year, and as many as 500 within the first three years. He said the network’s impact could extend beyond advisors and into the communities where they work.

He said helping advisors of color enter and stay in the industry would have a ripple effect and boost the paltry rates of diversity in the industry overall. He recalled his young son watching a Spider-Man cartoon and seeing Miles Morales (the character’s alter ego), noting how valuable it was for his son to see a main character representative of his own background.

“That’s how big it is,” Miles-Mattingly said about the importance of representation. “The sooner that people see more advisors of underrepresented backgrounds being successful in this industry, the more will come into this industry. Because now they have a target, and say ‘I can do that.’”