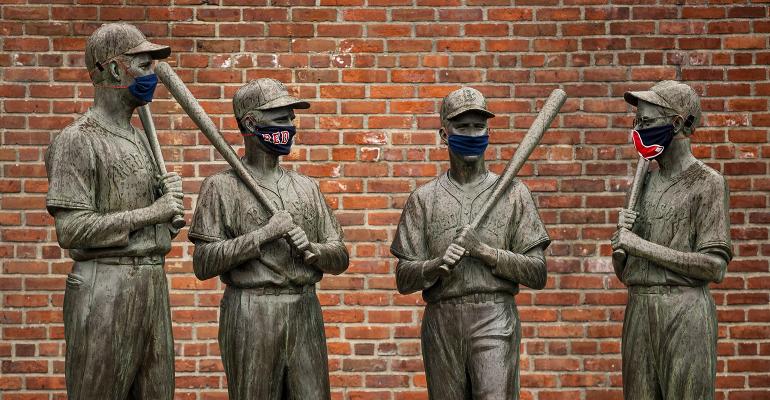 Advising Athletes During the Sports Apocalypse

When the coronavirus started to spread significantly in the U.S. and shelter-in-place orders were put into effect, professional sports were put on hold, with the MLB suspending spring training and delaying the regular season, the NBA season currently in limbo, the NHL postponing its season, and the NFL poised to delay. With their seasons on hold, the professional athletes that play for those organizations aren’t getting paid and are having to dip into their investible assets to maintain their lifestyles in the meantime.

“There is a lot of angst and uncertainty about whether [athletes will] play and get paid; it’s weighing on their minds,” said Jason Katz, a managing director and senior portfolio manager at UBS’s corporate headquarters in New York.

Related: The Diversification of an NFL Star

Advisors to athletes say these professionals face particular difficulties during the pandemic, and as they wait for their seasons to come back, they’re advising them to study up on financial literacy topics, manage their cash provisions, invest in higher risk investments and say “no” to friends and family asking for handouts.

“These times call for making hay with no sunshine—it’s not about video games, but maybe about boning up on their financial literacy or the history of the sport,” said Katz. “Just like their sport, they need a game plan for their investments; sometimes you have to throw the play book out and adapt in the middle of the game; be nimble.”

Alexandria Rasin, a financial advisor for Wells Fargo Advisors in Atlanta who represents a number of NFL and NBA players, agreed. She’s taking the opportunity to address estate planning issues with these clients.

“We’re getting them engaged with attorneys for estate planning now that they have more time and the season for minicamps has been pushed back. We can now have more conversations about setting up estate planning, wills, durable powers of attorney, health proxies, and what to do with their cash,” she said.

“We’re looking at clients’ cash provisions and having conversations and planning with them about how much cash they will need over the next six to 12 months. We’re inviting them onto the Wells Fargo Institute alert calls and having them hear what’s going on for all sectors. We’ve got them watching MSNBC” for financial news, she said.

Kathleen Kunkler, global sports and entertainment director for Morgan Stanley in Kansas City, Mo., said that unlike the average client whose earnings power starts out low and peaks between their 40s and 60s, pro athletes tend to earn a lot when they are young and can’t count on a long career. For that reason, she advises them to invest in higher risk investments to take advantage of their earnings power when they’re young.

One of the things that is perhaps unique to athletes is dealing with the hangers-on and family members who inevitably follow them from their hometowns when they get drafted and start to play for sports organizations in far-flung cities.

A lot of athletes are recently out of college, and as they move to new cities to play professional sports, they invite friends from their hometown to accompany them to ease the transition, said Ronnie Brown, who teams with Rasin in Atlanta. “Trying to evaluate those relationships on an individual basis opens up a floodgate in terms of being able to say ‘no’ during certain periods,” he said.

He, Rasin and Katz from UBS said they have advised their clients that the best thing to do for those seeking a handout in these troubled times is just say “no.”

“We have always served as the excuse; you can blame it on the advisor,” said Katz. “We have to make the approval; it’s out of your hands. We coach them to say, ‘I don’t have as much control over my money,’” he said.

“We tell them we’ll be your blockers because they do get inundated. We tell them to say, ‘I have a plan and my advisor and my team, we have a plan, and now I’m not in a position to do this.’”