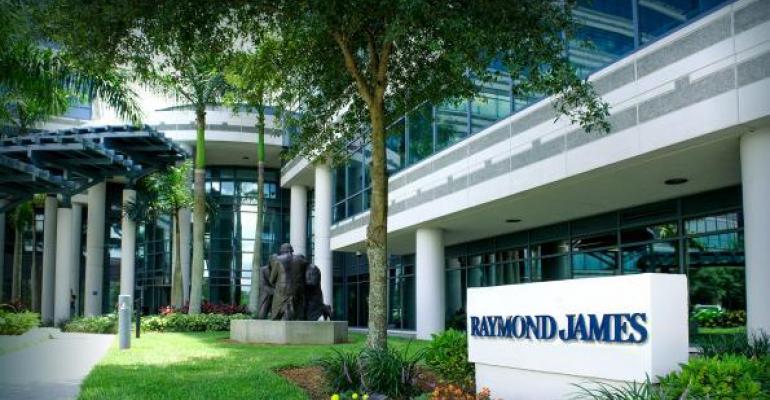 Raymond James completed its acquisition of Deutsche Bank’s U.S. private client brokerage over the weekend, which it has rebranded to Alex. Brown. With the firm’s integration behind them, the Raymond James unit will now focus on aggressively recruiting advisors in the high net worth and ultra high net worth space.

“Now that we’re part of a parent company who understands the value of the advisor model, we’re going to be in an aggressive but thoughtful growth mode for hiring new advisors who focus on the high net worth space,” said G. Haig Ariyan, the unit’s new president and former co-head of Deutsche Bank Wealth Management Americas.

The firm’s 16 branches across the country remain in place, but Ariyan said there are plans to grow. Alex. Brown plans to ramp up recruiting by using professional recruiters, Raymond James’ hiring infrastructure, as well as the unit’s management team in the field.

“I think you’re going to see a great deal of pent-up demand towards telling the Alex. Brown story and building the franchise over the next few years,” Ariyan said.

Raymond James announced its plans to buy the brokerage last December; the firm has retained 193, or more than 90 percent, of its advisors.

Under the terms of the deal, advisors and a staff of about 500 joined Raymond James under the original Alex. Brown & Sons brand, which was founded in 1800 as the nation’s first investment bank. Deutsche Bank acquired the firm in June 1999 in a record-setting $9 billion deal.

While the deal was similar to Raymond James’ acquisition of Morgan Keegan with its high retention rate, it was different in that Alex. Brown has maintained distribution agreements with Deutsche Bank for specific products. That added a level of complexity to the integration process that took time, Ariyan said.

Alex. Brown will continue to distribute the German bank’s institutional equity products for middle-market accounts, and will be the exclusive retail distribution channel for the bank’s IPOs and secondary offerings. The unit will remain a distribution partner for Deutsche Bank’s alternative investments.

When Stifel Financial announced their intention to acquire Barclays’ U.S. wealth management business last year, the Barclays team had some 180 advisors and over $56 million in client assets. Though Stifel made significant investments to accommodate the incoming advisors, when the deal closed only about half of the Barclays team was still on board, according to published reports.

And despite its deal with Wells Fargo, several high-profile wealth managers from Credit Suisse decamped to UBS and Morgan Stanley. Wells Fargo senior executive vice president and chief financial officer John Shrewsberry told analysts in January the deal would not be “a huge game-changer in terms of the numbers” of Credit Suisse brokers who are joining the St. Louis-based brokerage.