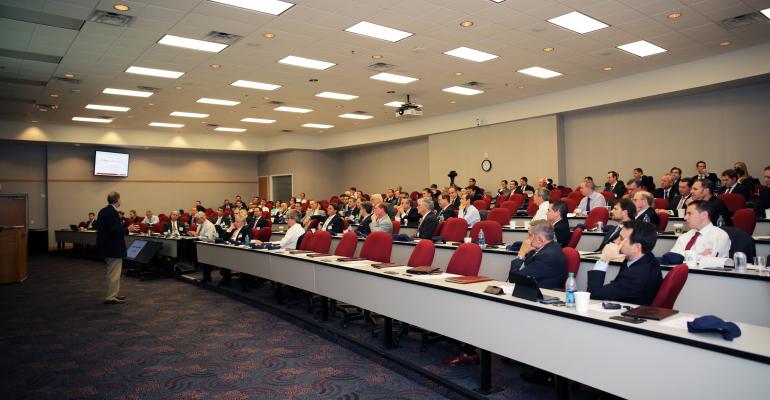 Last week Raymond James hosted 170 of the approximately 200 financial advisors the firm is looking to bring onboard as part of its recent acquisition of Deutsche Bank’s wealth management business.

Raymond James announced in early December that it will acquire Deutche’s Private Client Services unit, which has approximately 200 advisors spread across 16 locations in the U.S.  At part of the deal, advisors will join Raymond James under the revived Alex. Brown & Sons brand.

About 170 advisors, along with their regional executives and managers, attended a series of meetings and presentations from Raymond James’ leadership team at the firm’s St. Petersburg, Fla. headquarters.

The firm also had representatives from prior acquisitions such as Roney & Company and Morgan Keegan, as well as current top producing Raymond James advisors, on hand to answer questions.

Raymond James COO Dennis Zank, who led the meetings, said he was pleased the meetings were so well attended given the short notice.

“I knew our guests would have some skepticism regarding whether we could support their practices,” he said. “We have a lot of work to do but we are excited about the prospect of re-launching the Alex. Brown brand as a division of Raymond James and working with its high quality advisors.”

While last week’s meetings may have highlighted the Raymond James’ culture, the potential compensation opportunity cannot be disregarded.

A spokesperson for Raymond James declined to comment on the retention packages, saying AdvisorHUB was “obviously speculating.”