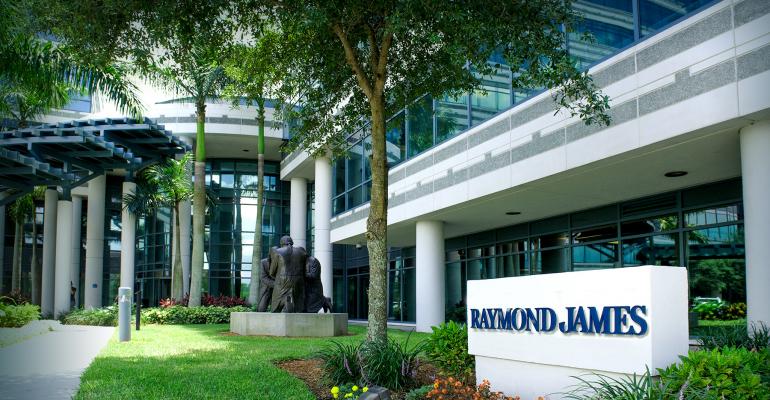 Raymond James Financial agreed to acquire Deutsche Asset & Wealth Management’s private client brokerage on Thursday in a deal that will add about 200 advisors to the Florida-based brokerage.

Raymond James announced it will acquire Deutche’s Private Client Services unit, which has approximately 200 advisors spread across 16 locations across the U.S., with a large concentration in the Northeast. The unit generates about $300 million in revenues and advisors currently bring in an average of $1.5 million production and have $250 million average in assets per advisor, according to Raymond James. The firm expects the deal to close in the third quarter of 2016.

“Consistent with our growth strategy, this well-respected unit meets our highly selective parameters for cultural and strategic fit, ability to integrate and value,” Raymond James CEO Paul C. Reilly said in a statement. “We feel confident that our core values of putting clients first, conservatism, independence and integrity are shared endeavors among this experienced group of approximately 200 advisors.”

In an analyst call Thursday morning, Reilly said Raymond James’ total investment would be approximately 1.4 times the Deutsche unit’s revenues, about $420 million. However, the price is subject to adjustments based on advisor retention through March 2017. Approximately 70 percent of Raymond James’ total investment is comprised of advisor retention, the majority of which will amortize over a 7-year period.

Reilly noted that the deal provides Raymond James with a presence in the wealthiest U.S. markets, where it is “expensive to grow organically.” And while the firm is optimistic that it will have a high retention rate of the acquired advisors, Reilly says they’re “not naive” and have structured the deal so that the final price will vary depending on retention results.

Under the terms of the deal, the affected advisors and a staff of about 500 within Deutsche’s private client services unit will be joining Raymond James under the original Alex. Brown & Sons brand, which was founded in 1800 as the nation’s first investment bank. The German bank acquired the firm in June 1999 in a record-setting $9 billion deal.

Deutsche's advisors will continue to act as a “critical distribution partner for equity new issue securities to institutional and high-net worth clients in the US.,” according to the terms of the asset transfer. Meanwhile, Raymond James will have increased access to alternative investments and other sophisticated investment solutions, expanding the St. Petersburg, Fla.-based company’s offerings to its existing and future high-net-worth clients.

Additionally, Deutsche’s co-head of Wealth Management Americas, Haig Ariyan, will be moving to Raymond James where he will serve as president of the Alex. Brown division. Other key members of the Deutsche management team will also remain, the firm said.

“We are very pleased Raymond James has agreed to acquire the bank’s PCS unit,” Jerry W. Miller, head of Deutsche AWM in the Americas, said in a statement. He added the deal allowed Deutsche to focus on other priorities such as its U.S.-based private bank operations, which has grown over the last ten years by focusing on lending, trust, custody, banking and investment advisory solutions.