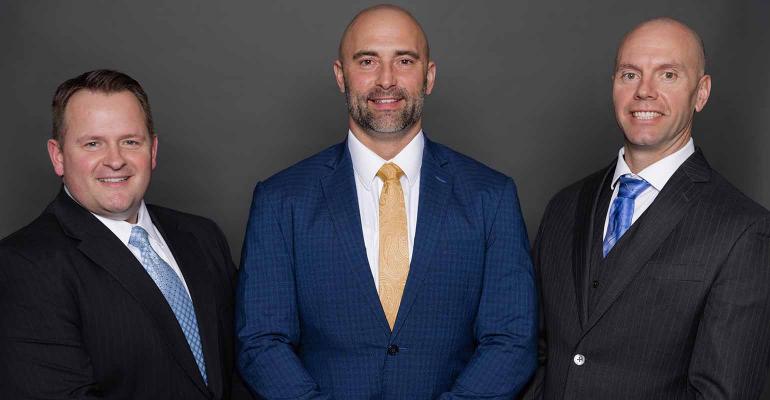 Jason Howard, Shane Kunz and Chad Horne will create an independent practice called Outcome Private Wealth and align with Stratos Wealth Partners, an independent RIA that advises through LPL. The three advisors have worked together for more than a decade and will make the transition into their new LPL-affiliated practice with four support staff members. Horne previously worked as a medical sales manager and changed careers after his own financial planner inspired him to establish his own practice.

“We are a true team with the same core values, and we’ve created this practice with a laser focus on financial outcomes for our clients,” he said about the new firm.

Howard originally joined Wells Fargo 20 years ago, according to his BrokerCheck profile, while Kunz and Horne had been affiliated with the firm since 2006 and 2011, respectively. Howard, Kunz and Horne said LPL sealed the deal with its tech capabilities and willingness to give affiliated firms autonomy, and the team hoped the move could help them boost growth via M&A.

“After learning about all the additional resources from LPL and Stratos—everything from trading capabilities to client management software to additional tax-based financial planning tools—it was impossible to stay,” he said. “In a changing environment, we wanted to bring more to the table.”

The move from Wells Fargo to LPL is the latest in a number of similar moves over the past six months. Last month, a Texas-based advisory duo with about $275 million in managed assets left Wells Fargo to create a new practice affiliated with LPL Strategic Wealth Services. In September, an advisory team based out of New Jersey also joined SWS to form Shoreline Wealth Management; the group managed $305 million and came from Wells Fargo. One of SWS’s largest teams also joined from Wells Fargo; last June, Larry Boggs, a Maryland-based advisor with $1.3 billion AUM, left Wells after four decades for LPL.

The independent broker/dealer boasted of a strong fourth quarter in 2021 during a recent earnings call, having recruited $17 billion in assets during that time, with $89 billion for the whole year, double its 2020 total. The total advisor count boosted to 19,876, along with more than 1,200 advisors who came on board after LPL’s Waddell & Reed acquisition. Rich Steinmeier, a managing director and divisional president, business development for LPL, estimated that advisor head count would likely exceed 20,000 by the end of Q1 2022.