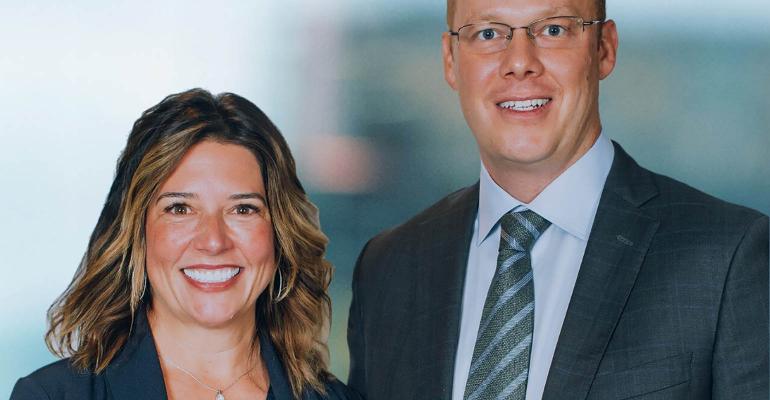 The new location will be the firm’s first office outside of the Atlanta metropolitan area, and will be led by two new managing directors who previously managed more than $1.5 billion in assets.

Homrich Berg, an RIA with about $10 billion in assets under management, is opening its first office outside the Atlanta area in Palm Beach, Fla.

Kevin Campbell and Amy Owen will lead the new Florida office and are joining Homrich Berg as managing directors. The duo is joining from GenSpring SunTrust Private Wealth where they managed more than $1.5 billion in client assets. They’ll be joined in Florida by Sara Whipple, who will work in client service operations.

In an interview with WealthManagement.com, Homrich Berg President Thomas Carroll said he had previously known Campbell and Owen when they worked at GenSpring and felt their approach would align well with the Georgia-based firm. The company was founded in 1989 and works with about 2,000 family clients throughout 44 states. According to Carroll, the firm had been looking to physically expand into Florida, as it was the second-largest state for the firm in terms of clients, after Georgia.

Owen said a mentor mentioned about a year-and-a-half ago that larger RIAs were premier places for advisors specializing in high-net-worth families to work. Therefore, when she considered potential moves, she sought out a larger RIA that would bring scale, along with teammates and expertise.

“In learning about different RIAs, Homrich Berg’s focus on planning, which Kevin and I agree is so crucial, in addition to the investment expertise, and then learning more about the culture and client focus, it just became clear it was a great match for us,” she said.

Owen said during the COVID-19 pandemic and the increased reliance on remote meetings, she found she could continue to support existing relationships. But forging new ones with clients and teammates was difficult to replicate in the online setting. Carroll believed the firm’s success was based on a service culture that still had in-office, in-person interaction as an essential component.

“You can’t develop the type of long-term, multigenerational relationships through a screen,” he said. “You can episodically serve a client’s needs, which is fine, but you cannot build your business long term without physical presence.”

The new office will be opening in DiVosta Towers in Palm Beach Gardens, with at least one current Homrich Berg advisor joining the team there. The additions of Owen and Campbell are the second strategic hires of the year for Homrich Berg, having welcomed Emily Bentley from JP Morgan Private Bank as a managing director earlier this year. Both Campbell and Owen have more than 15 years’ experience in the industry.

Owen said Florida is populated with a wide pool of potential clients requiring estate planning, a need that’s ballooned in the past two decades. Campbell noted that while their practice has always been national, the physical footprint in Florida offered some particular opportunities for client relationships.