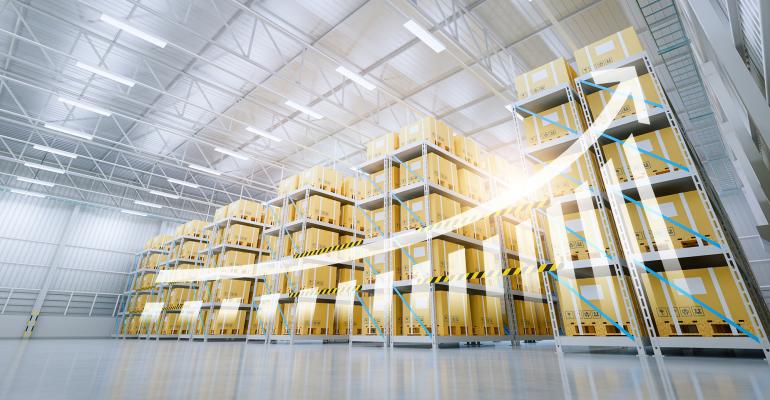 Industrial Sales Not Immune from Impact of Higher Interest Rates

Investors in the sector have been more reluctant to close deals as the cost of capital rises. But given a strong outlook for income growth, many acquisitions are still going through.

All through the pandemic, industrial properties have been among the most desired by commercial real estate investors. But in the current market environment, are industrial assets holding up just as well?

In fact, demand for industrial properties is down considerably from the first quarter of this year, says Chris Riley, president of U.S. industrial & logistics capital markets with real estate services firm CBRE. “While the market for investment sales is uneven, there remains a small contingent of investors that possess a ‘motivation of the moment’ to acquire properties,” he adds, noting that CBRE National Partners closed 18 transactions in October—evidence that the market is still active.

Related: Demand for Industrial Space Is Slowing Down. But It’s Still a Landlord’s Market.

Following another bump in interest rates and continuing economic uncertainty, overall industrial deal volume in the U.S. fell 18 percent year-over-year in the third quarter, reports data providers MSCI Real Assets. But at $35.5 billion, that volume was still 48 percent above the quarterly average recorded between the third quarter of 2015 and 2019, which totaled roughly $23.9 billion.

Acquisition activity in the industrial sector began tightening along with the upward pressure on interest rates this summer and has continued through the fall. Single-asset sales declined by 21 percent year-over-year in the third quarter, while portfolio and entity-level sales declined by 14 percent, according to MSCI.

Related: Family Offices Turn Focus Away from Office Towers and Toward Industrial

But higher interest rates weren’t the only thing causing investors to pause before picking up new assets. Ultra-low cap rates in the industrial space—averaging 5.1 percent in the third quarter, according to MSCI—added to the challenges. A year ago, the spread on cap rates for industrial assets relative to 10-year Treasuries averaged 230 basis points. That figure has shrunk to 20 basis points in the third quarter of 2022. As a result, while investors can still complete transactions, they are facing more obstacles in underwriting assets and making their desired yields pencil out.

With higher borrowing costs, investor demand has cooled, notes Aaron Jodka, national director of capital markets research with real estate services firm Colliers. “Ultra-low cap-rate deals from 2021 and early 2022 are no longer economically feasible, as they would be in a negative leverage situation,” he says. “This has caused the market to stall.”

As a result of quantitative tightening and the ensuing credit crunch, a number of deals involving industrial assets experienced repricing and/or have been dropped altogether, according to CBRE’s Riley. “This has been centered around the timing of the Federal Reserve’s raising of the Federal Funds Rate and the ensuing increase in cost of debt capital (fixed or floating), causing a temporary spot cap rate bid-ask spread.”

Lease terms and asset location are driving pricing differences, notes Jodka. In general, prices have come down at least 10 percent, he says. Assets with strong market-to-market rent upside remain the most liquid. The Commercial Property Price Index (CPPI) tracked by MSCI shows that prices on industrial properties still went up by 1.9 percent in the third quarter compared to the quarter before. But there was definitely a slowdown from the increase of 18.1 percent year-over-year.

There is a greater gap between sellers’ expectations and buyers’ reality than usual right now, which is what is keeping cap rates so low, according to Adrian Ponsen, director of U.S. industrial analytics at real estate data firm the CoStar Group.

“Buyers are looking at industrial mortgage rates that are twice as high as what was available at the end of 2021,” Ponsen says, adding that investors want higher cap rates to help compensate for the higher cost of capital. “But most owners are holding properties that are performing very well from an occupancy and rent-growth perspective, giving them limited motivation to sell. Ultimately, it is the buyers who have capitulated most over the past few months, though that could change if trends in the economy worsen.”

While there are definitely more constraints in the debt market than there used to be, financing is still available for quality industrial assets, although the depth in the market is fairly shallow and rates have risen significantly, adds Val Achtemeier, CBRE vice chairman of capital markets. He notes that industrial and multifamily assets are faring better in terms of access to financing than most other property types, but says that “debt capital is more precious and lenders are more selective now.”

Investors also have fewer industrial properties to choose from, especially in the most desirable markets. “The number of properties offered for sale in the fourth quarter is lower than a year ago, when the market was experiencing optimum operating fundamentals, combined with a wall of equity and debt capital for investment,” says Riley.

The lower number of available assets on the market “all ties back to higher borrowing costs and the lack of clarity on pricing today,” according to Jodka. He remains optimistic that interest rates will stabilize in 2023, causing the sales volume to pick back up, likely after the first quarter of the year.

Meanwhile, with completions of new distribution center projects reaching new highs, many developers are still selling those projects to investors, says Ponsen. And plenty of large owner/users are selling their properties to industrial investors vis sale-leaseback deals and realizing large capital gains in the process.

The good news is that cap rates on closed industrial transactions are no longer falling like they were in 2021, but have held relatively stable in 2022, he notes.

As interest rates on commercial mortgages rise, “we anticipate some increase in industrial cap rates over the next several months,” Ponsen adds. But those increases are expected to be modest, given that the industrial sector still offers the most bullish outlook for net operating income growth of any major commercial property type.