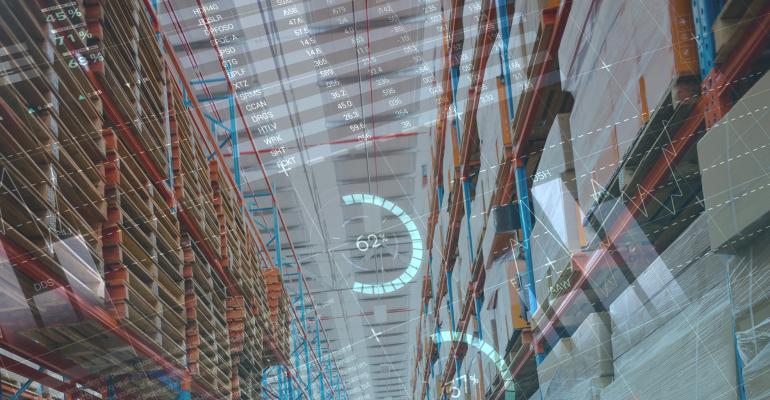 The sector continues to be viewed favorably in the marketplace. But potential returns are lower, leading to a reassessment by debt and equity investors.

Investing in any type of commercial real estate has gotten more challenging over the past year, and that’s true even for the industrial sector, considered among the strongest asset classes by investors today. As a result of higher interest rates and concerns about a potential recession, lenders are now taking a more conservative position on industrial deals, according to Al Pontius, senior vice president, national director for office, industrial and healthcare, at real estate services firm Marcus & Millichap.

Recent investment sales figures for the industrial sector reflect the impact of higher equity requirements and higher interest rates, which are now averaging 6.0 percent, compared to an average of 2.0 to 3.0 percent a year ago, Pontius notes. Year-to-date through November, industrial sales volume in the U.S. totaled $137.6 billion, a 3 percent drop from the same period in 2021, according to real estate data firm MSCI Real Assets, which estimated the average cap rate in the sector at 5.4 percent. Meanwhile, a third quarter capital markets report from real estate services firm CBRE estimated that during that quarter, industrial sales volume dropped by 23.6 percent compared to a year ago, to $31.4 billion from $41.1 billion. Single-asset sales of industrial properties fell by 25.7 percent, to $19.5 billion.

There is still a variety of equity sources in the marketplace for industrial deals, including high-net-worth individuals, institutions, foreign capital and small investors, notes Stephannie Rodriguez, national director of industrial services at real estate services firm Colliers. But they are taking smaller risks than previously.

Traditional commercial real estate debt sources, such as banks and life insurance companies, have decreased the leverage levels they offer due to the rise in interest rates and softening economic conditions, adds Jim Koman, CEO and founder of ElmTree Funds, a St. Louis-based private equity real estate firm. According to Pontius, loan-to-value (LTV) ratios available today typically range between 65 and 75 percent, depending on asset location, physical condition and lease structure, compared to 70 to 80 percent a year ago.

Related: Institutions Have Shifted to Multifamily, Industrial and Data Centers in Their Real Estate Allocations

As a result, investors are increasingly turning to more expensive, alternative funding sources for debt and equity coverage. Mezzanine and preferred equity investments are in higher demand in the current investment environment than in the past, says Koman. He notes that these sources provide higher LTVs than are now available from traditional lending sources, albeit at a higher cost. However, the cost and terms of mezzanine and preferred equity financing vary widely, depending on the characteristics and risk profile of the deal. “Thus, mezzanine or preferred equity investments need to be analyzed and underwritten on a case-by-case basis to ensure they are accretive to the transaction.”

As construction costs continued to increase across markets, structuring the capital stack with mezzanine or preferred equity for development projects had become more common for development, notes Jeff DeHarty, senior vice president of debt & equity at capital services provider Northmarq. If their lending vehicle permits it, some institutional investors are now providing mezzanine financing, as it is a comparably more attractive investment alternative to equity financing because it produces a higher yield of 11 to 14 percent at a lower risk, adds Pontius.

Due to rising demand, several equity and debt funds focused on the industrial sector are actively fundraising, says Koman. Their focus tends to be consistently on logistics real estate assets, especially last-mile hubs.

Equity fundraising is difficult right now for various reasons, according to Pontius. For example, pension funds have portfolio allocations to different investment types, including securities, bonds and real estate, he notes. The allocation for real estate generally makes up 10 to14 percent of their portfolio, so if a $100-million-portfolio shrinks to $80 million due to a drop in the stock market, then the real estate component becomes over-allocated and the institution won’t provide any more real estate funding until the allocations come back in line with targets for each investment type.

Meanwhile, investors should keep in mind that the numbers in real estate reports trail what’s actually happening in the marketplace by two to six months, Pontius says. For example, rather than prices on industrial properties remaining steady and a 30- to 40-basis-point increase in capitalization rates as reported recently, he contends that values are actually off 7.0 to 15.0 percent from a year ago, and cap rates are up 75 to 150 basis points.

So, besides the higher cost of debt, pricing and higher cap rates are also reducing potential returns for those looking to sell their assets. Net operating incomes (NOI) and cash returns increased during 2022 as rents appreciated across the sector, and those investors that purchased assets did so on cap rates that were 30 to 50 percent higher than at the peak, says Riley. “Many well-located, new speculative deliveries in desirable target markets have experienced greater market rent appreciation than cap rate expansion, providing an acceptable stabilized return on costs. But the total returns are not at the same levels as achieved in first quarter of 2021 and 2022 due to the lower exit pricing.”

Due to the attractive supply/demand fundamentals in the sector, there are still plenty of investors interested in putting their money into industrial properties, according to Pontius. But everyone is being very selective. Investors won’t buy unless the cap rate on the deal exceeds the debt rate.  “If the income stream is going to be flat for years to come, the cap rate must be at least 6.5 to 7.0 percent to transact.”

The exception are deals where there is upside potential in the near term. For example, assets with a 4 or 5 percent cap remain attractive if the lease is expiring within the next two years, allowing the buyer to raise rents to market rate.

According to a recent Newmark report, overall, monthly industrial capital markets activity has experienced double-digit year-over-year declines since August 2022, with limited data indicating an upward lift on cap rates and a decline in pricing for both short- and long-term weighted-average lease term (WALT) assets. But higher premiums and lower cap rates are still placed on the former.

In fact, Riley notes that there was an uptick in investor demand and pricing at the end of 2022— stronger than in the third quarter—primarily for assets that contain below market, in-place rents with short WALTs.

According to Newmark, analysis of industrial sales transactions in 2022 demonstrated that assets with less than three years left of WALT achieved an average premium of 55 percent on pricing per sq. ft. and cap rates that were approximately 70 basis point lower than for assets with nearly a decade or more left in WALT. The cap rate delta implies a 17.5 percent difference in value between short- and long-term WALT assets, on average.

Additionally, the report noted that with SOFR (Secured Overnight Financing Rate) at 4.31 percent at the start of January and more interest rate hikes possible, acquiring near-term WALT assets carries potential for short-term negative leverage, but the prospect of securing greater cashflow and refinancing at a lower rate in the years to come.

And according to Korman, the strongest investor demand is coming from private and institutional investors with a long-term investment horizon, such as family offices and pension funds. Riley says that buyers who don’t rely on leverage or use low leverage to complete deals are the most active, including separate accounts, open-end core funds, family offices and other private buyers that can hold their assets indefinitely. He suggests that private investors view the current market as a buying opportunity for outsized returns at below replacement cost pricing—an attractive combination.

In addition, groups that are looking to re-invest their money for tax purposes are active right now, says Rodriguez.

Meanwhile, investment vehicles facing redemption queues—non-traded REITs and open-end funds—are the least active on the buyer side and are selling or financing assets to raise capital, according to Riley.