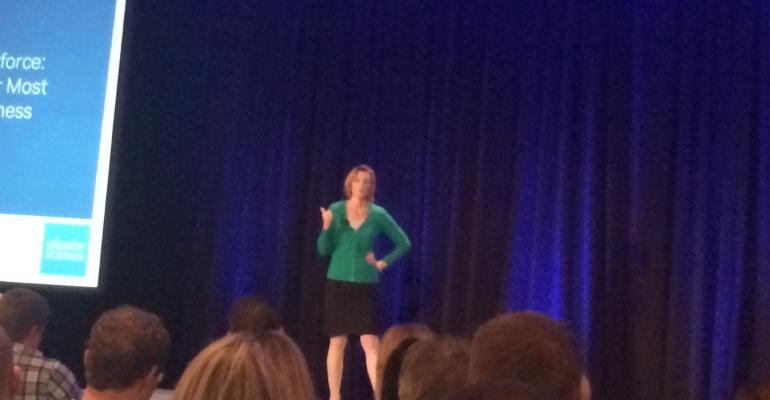 Women will retire with two-thirds the assets of men, yet they will live six to eight years longer. And for affluent women, the majority of their money is unmanaged; it’s in the bank, said Sallie Krawcheck, former head of Bank of America’s global wealth and investment management division, and current chair of Ellevate, a network of professional women.

That’s a problem, Krawcheck said to a packed room of mostly women at Schwab’s annual IMPACT conference in Denver this week. Without their husbands, women control $6 trillion in assets. They need financial advice, yet only 15 percent of them say the financial services industry does a good job for them.

Why is that number so low? In the survey cited by Krawcheck, women said that their financial advisor talks down to them, is condescending and doesn’t answer their questions. Women think more about the Wall Street scandals of the crisis than do their male counterparts.

Krawcheck laid out some practical advice for how advisors should be interacting with women. For one, women don’t care how their advisor makes the sausage. Advisors will often talk to women clients about the Euro versus the yen, IBM versus HP, large-cap value versus large-cap growth.

The industry has created a whole culture around this secret language. Instead of talking stocks, ask the woman what is important to her. What are her values?

The number one fear of women is becoming a bag lady. So risk management is very important to them, Krawcheck added. They care more about how to keep what they’ve got, than about outperformance and upside.

Women as well as millennials tend to more interested in values-based investing. An Ellevate poll found that the top thing women look for in a job is meaning and purpose. Money was the fourth. In addition, more than 90 percent of women want to have a social impact, and 77 percent of women globally want to invest in companies with women leadership at the top.