/sites/all/themes/penton_subtheme_wealthmanagement/images/logos/footer.png
Recent
Recent
11 Must Reads for the CRE Industry Today (Aug. 18, 2022)
Aug 17, 2022
Norway’s Wealth Fund Posts Biggest Half-Year Loss on Record
Aug 17, 2022
NYC Denies Every Hurricane Ida Property Damage Claim, Citing 1907 Rule
Aug 17, 2022
Where Are We in Return to the Office? Once Again, Nobody Is on the Same Page.
Aug 17, 2022
Featured
The 10 Best and 10 Worst States in Which to Retire in 2021
Jul 15, 2021
Poll: 15 Classic Books on Investing and the Markets
Apr 03, 2020
Fifteen Must-Listen Business Podcasts for Advisors
Aug 14, 2020
Celebrity Estates: Jay Leno and Planning for Classic Car Collections
Feb 22, 2022
IMCA Annual Conference
brought to you by 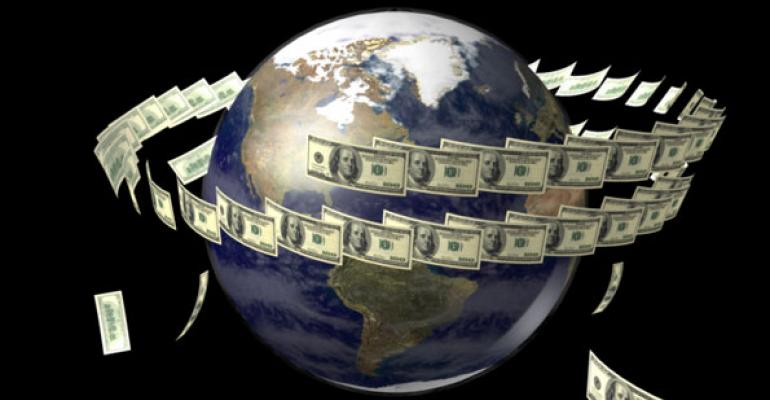 Worst Abuses of High Frequency Traders a Thing of The Past, Says Whistleblower

“I don’t think that sort of stuff is going on anymore, “ said Richard Gates, co-founder of TFS Capital

The Westchester, Pennsylvania trader who first went public with proof he was being ripped off by high-frequency traders, and whose story would play a minor role in Michael Lewis’ recent bestseller Flash Boys, now says retail investors and advisors have nothing to fear from so-called “latency arbitrage” strategies.

“I don’t think that sort of stuff is going on anymore, “ said Richard Gates, co-founder of TFS Capital, to a group of financial advisors gathered at the Investment Management Consultants Association’s annual conference Tuesday.  “I think the markets are stronger than ever. A lot of these issues have been resolved.”

Gates explained to the gathering how, in 2008 and 2009, he discovered his stock transactions were not getting the best price available in the market, information ostensibly guaranteed by the numerous exchanges, like NASDAQ and the NYSE, who bring information on buy and sell orders together in a National Best Bid Offer data feed in order to settle on the fairest price to both sides of the transaction.

Gates experimented with placing a buy order on one exchange and, seconds later, a sell order on another. His buy order would linger for seconds, until he placed the sell order at a lower price. Suddenly, out of nowhere, the buy order was executed. It was as if another trader showed up at the exact moment his counter offer was placed, snatching the trade away from him. He repeated the experiment numerous times, with consistent results.

He filed a whistleblower complaint with the SEC in 2010, and his story gained traction with regulators and the media. Lewis’ book Flash Boys recounts Gates’ experience.

Gates said the mania and attention on high-frequency trading today is largely a result of Lewis’ book and accompanying publicity push, thought regulators have been looking at the practices of high-frequency trading for many years. To their credit, he said, regulators have focused on the exchanges, where compliance plays a far larger role than it did when he discovered he was being ripped off. As a result, he says, those kinds of outright abuses are no longer allowed to happen. “But by the time Michael Lewis got to it, it was the least of my concerns,” he said. “Latency arbitrage and flash orders no longer happen. They’ve been stamped out, without the passing of any more regulations.”

There are still issues of concern, he said, such as trade order flow, which the SEC is investigating, and the “maker-taker” system where brokerages get compensated for providing liquidity, or punished for taking it away. Those potential conflicts still need to be addressed, Gates said. But for retail investors and their advisors, the markets are as strong as they've ever been and they need not be concerned they are getting ripped off. "I'd encourage you to worry about something else," he said.