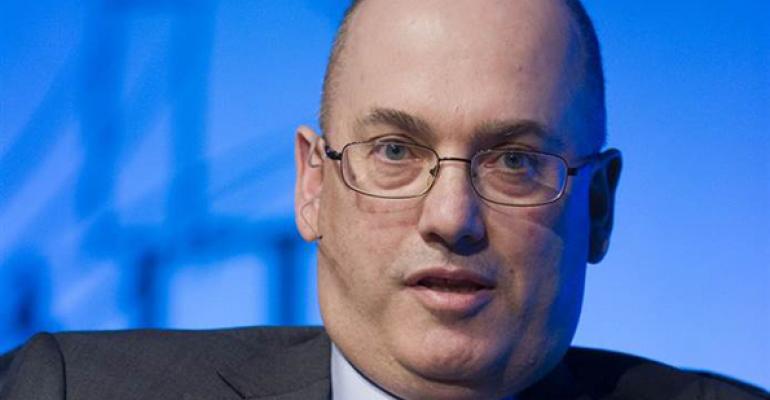 Cohen’s hedge fund SAC Capital Advisors was indicted for wire fraud and securities fraud in July 2013. Around the same time, the SEC charged Cohen with failing to supervise portfolio managers and prevent insider trading. And as part of a plea deal with federal prosecutors, Cohen paid a $1.2 billion penalty and agreed to transition his hedge fund into a family office.

As of Sept. 30, SAB Capital Management was RCAP's largest shareholder, with about 3.1 million shares, followed by Luxor Capital Group, with 2.5 million shares, according to Nasdaq.com.

But with RCAP, Cohen has interesting timing. In recent weeks, RCAP’s sister company American Realty Capital Properties (ARCP) announced a $23 million accounting error. Of the 31 investment products that RCAP distributes through its wholesale broker/dealer, 14 of them are affiliated with American Realty.

Since the error was announced, several broker/dealers, including LPL Financial, AIG Advisor Group and Cambridge, have suspended sales of ARCP products. Fidelity, Schwab and Pershing have also followed suit, according to published reports. But RCAP expects the majority of the suspended selling agreements to be reinstated by year-end.

RCAP also called off the deal to purchase non-traded REIT sponsor Cole Capital from its sister company for $700 million, on the heels of the accounting error. ARCP responded by filing a lawsuit against RCAP for terminating the deal.

During its earnings call last week, RCAP assured shareholders that its’ financials were solid, following a third party review. While the retail advice business posted strong results for the third quarter, the whole distribution unit saw its EBITDA decline 74 percent from a year ago, with revenues down 7 percent year over year.

ARCP now faces investigations by the SEC and the Federal Bureau of Investigation, according to published reports. And Bloomberg reports that RCAP is getting inquiries from FINRA and the SEC as well.