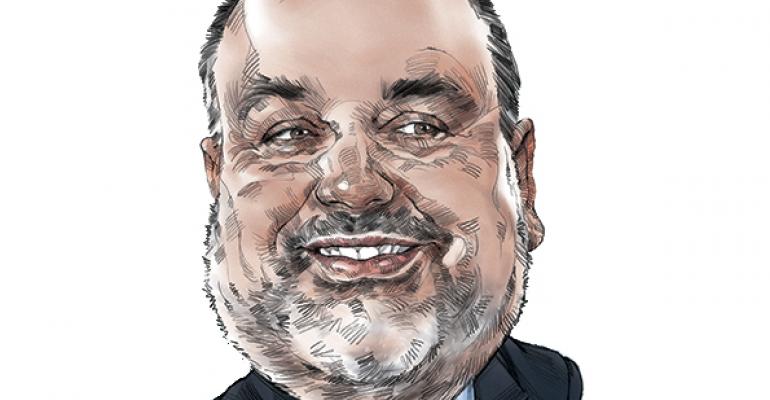 REP.: LPL’s second quarter this year was a tough one for the firm, with profits dragged down primarily by regulatory fines. And you mentioned that was unacceptable. What is LPL doing to minimize future regulatory problems?

Mark Casady: The comment was specifically directed at the situation we find ourselves in related to fines. We don’t find it acceptable to be where we are in terms of the amount or number of fines that are there, as opposed to the quarter, which I thought was just fine. We had the most profits we ever had, the second-best revenues we’ve ever had, a straight billion-dollar-plus quarter, great levels of recruiting—so all the fundamentals of the business actually went pretty well. What my comment was directed to was specifically related to the regulatory situation we find ourselves in.

So what do you do about that, besides rant on a phone call? From our perspective, we’re making incredible investments in people and technology for our risk management and legal groups. The numbers are about a nearly 50 percent increase in headcount in legal and the governance, risk and compliance teams in the last 18 months or so. That allows us to create specialized functions to review paperwork and documentation. It allows us to create a better ratio of the number of practices reviewed by the home office. So it’s first about people and secondly, we’re going through and replacing nearly every single piece of technology in the compliance function and we’re adding some technology in legal. We’re about halfway through that process.

REP.: Several critics have pointed to LPL’s structure as one of the biggest reasons behind the lapses. Do you agree? Is it difficult to adequately supervise 13,800 independent advisors?

MC: It’s not difficult; that’s a fallacy I’m happy to clear up.  What I think you get when you talk to somebody here at LPL is that they’re pillars of their community. So can you find the one hundredth of one percent of our people, that one bad apple who’s doing bad things? Of course they’re going to be there; they’re there in every profession. Our job is to find that person. But the vast majority of the people here are doing the right thing.

Most of our issues actually stem from the recordkeeping and just the mechanics of reviewing their activities. So I’ll use the email fine [$7.5 million fine levied by FINRA in May 2013 for systematic email failures] because it’s a big number and grabs a lot of headlines. If you look at, it was a problem we had in capturing information and then reviewing it. And importantly, we went back and fixed all of that.

And the other thing I’d add is that—not all of them, but for the most part—they are situations we’ve discovered in our normal review. If we find a mistake, we’re fixing it and then we’re telling the regulators, as we should, about it. What’s resulting from that is the regulator deciding to add a fine to the process. And that’s their right. I like the cultural aspect of that. It says I’m going to standup for independence. We’re going to take responsibility for the things that didn’t go right in our past and fix them.

MC: No. And the issues there are exactly the same. Again, it’s generally around recordkeeping, processing-type activities that are home office activities, not individual advisors. That’s true for the variable annuity issue in Illinois and the alternative investment issues that you’ve seen and the email issues. I’m sure we’ll have others because that’s just the way the world works in these things. And we’ll work our way through them.

REP.: Is there any kind of trickle-down effect for the individual advisor in their recordkeeping processes?

MC: Yes. You’ve heard me talking about how we’re asking for more documentation, more clarity, just to make sure we’ve got the right information so we can review and then make it available for the regulators to review as well. That’s really critical. I absolutely understand that if a regulator comes in three years after the fact and wants to look at something, none of us will have a personal memory of that—it’s not possible. Therefore the documentation has to be really solid for them to understand, why did that transaction go through and get approved? That’s really critical. I call it showing your work.

REP.: Looking at the recent consolidation, RCS Capital is continuing to gain on LPL in both total assets managed and number of advisors. Is this impacting how you’re looking at the industry?

It’s important to understand that we’re a consolidated platform—all those assets, those advisors, are on one technology, one platform, one custodian.  That’s what a broker/dealer (and an advisor) is, one unit. We at one point had done some acquisitions and left the brokerage firms open as individual units, some cleared with Pershing; I think one cleared with Fidelity. It’s tough to get scale doing it that way.  We think the scale is important because it allows us to bring scaled benefits to the advisors’ practice and to the investors. So our strategy is really quite different.

We also believe in the objective part of it. We don’t create anything here that we then resell into the system. And we think that’s a unique offering, certainly among the top 10 brokerage firms in America. We think that’s an important distinction for our brand is being objective by not having any products we sell.

REP.: Do you have plans to continue growing through acquisitions? If so, what types?

MC: I’m sure we’ll do more acquisitions, why wouldn’t we? We’re very disciplined buyers. I have a lot of M&A experience. I’ve probably done nearly 30 deals, so I have a point of view and the board has a point of view about what constitutes a deal that has the kind of return on interest that we want.  And we bought businesses at a time when you could buy businesses at six to eight times EBITDA [earnings before interest, taxes, depreciation, and amortization]. That gives you room for things to go wrong in the process. If you buy for significantly more than that, you’re just not leaving yourself much room for issues that normally happen in markets. For our point of view, acquisitions are a perfectly fine thing to do and wish anyone well who’s doing them. But what we’re going to do is make sure they fit within our strategy and fit our ROI profile as a company.  We just haven’t seen anything that falls within the criteria.

REP.: In recent comments, you’ve indicated that we’ll be seeing a smarter, simpler, more personal LPL. Can you explain that a bit more?

MC: I think we’ve built a very large, successful business and when you build a large, successful business, you introduce complexity by definition. That’s just the nature of any business—it becomes a complex system of delivery. One way to deal with that complexity is to simplify rules, create technologies, all of those things you’ve heard about. And another way to make it all work is through personalization. The personalization is a specific strategy around taking what LPL has, which is vast, and thinking about what’s best for the advisors’ business in their geography with their target audience to really make it unique to them. How we customize what we deliver by practice is a way for us create personalization.

Another way for us to do that is to think about how we build community. We’re big, but there’s something fun about being a part of something big. You’re part of a big movement, that’s the way I like to think about it. It’s like you’re a part of something bigger than you, which is cool. We’re bringing objective financial advice to millions of Americans. That’s a really good mission to be on.