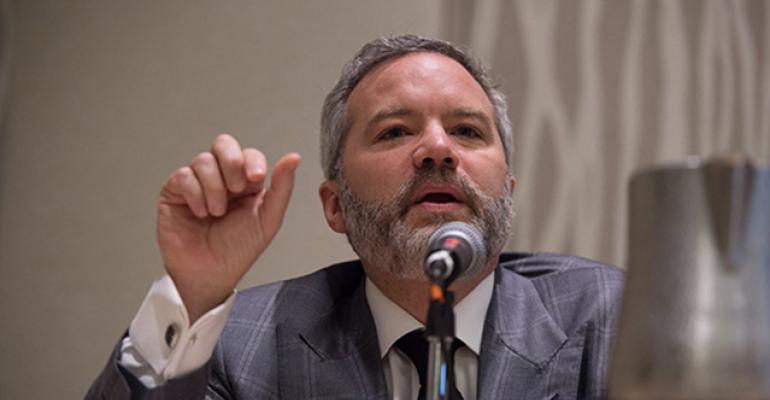 RCAP Execs Give Company Stock a Vote of Confidence

RCS Capital (RCAP) CEO Michael Weil is putting his money where his mouth is. Weil purchased 20,550 shares—worth about $250,000—of the company's stock on Tuesday, according to a Securities and Exchange Commission filing. Shortly after, CFO Brian Jones and COO Brian Nygaard picked up a combined $167,000 worth of stock, filings show. The news comes as RCAP faces regulatory inquiries related to accounting errors recently reported by sister company American Realty Capital Properties.

Prior to Tuesday, RCAP's stock price had fallen 38 percent since ARCP announced a $23 million accounting error on Oct. 29. By market close Tuesday, shares were up 6.32 percent.

“Management’s unwavering confidence in the long-term value of RCS Capital’s platform, its people, its customers and the strong growth prospects of the business have never been in question,” said Andrew Backman, managing director of investor relations and public relations at RCS. “The recent purchase of RCS Capital shares by management and other executives underscores this fact as we firmly believe the company’s current market valuation does not properly reflect the business’s robust fundamentals and significant competitive advantages.”

Weil's move comes just a day after former hedge fund manager Steven Cohen boosted his family office’s stake in RCS Capital to about 5 percent. The news sent shares of RCAP rising about $0.80 from opening to a high of $13.14 at 3:45 p.m. eastern time. RCS did not respond with a comment by press time.

RCAP has been in the headlines since ARCP made the accounting errors announcement. Of the 31 investment products that RCAP distributes through its wholesale broker/dealer, 14 of them are affiliated with American Realty.

As a result, several broker/dealers, including LPL Financial, AIG Advisor Group and Cambridge, have suspended sales of ARCP products. Fidelity, Schwab and Pershing have also followed suit, according to published reports. But RCAP expects the majority of the suspended selling agreements to be reinstated by year-end.

RCAP also called off the deal to purchase non-traded REIT sponsor Cole Capital from its sister company for $700 million, on the heels of the accounting error. ARCP responded by filing a lawsuit against RCAP for terminating the deal.

During its earnings call last week, RCAP assured shareholders that its’ financials were solid, following a third party review. While the retail advice business posted strong results for the third quarter, the whole distribution unit saw its EBITDA decline 74 percent from a year ago, with revenues down 7 percent year over year.

ARCP now faces investigations by the SEC and the Federal Bureau of Investigation, according to published reports. And Bloomberg reports that RCAP is fielding inquiries from FINRA and the SEC as well.