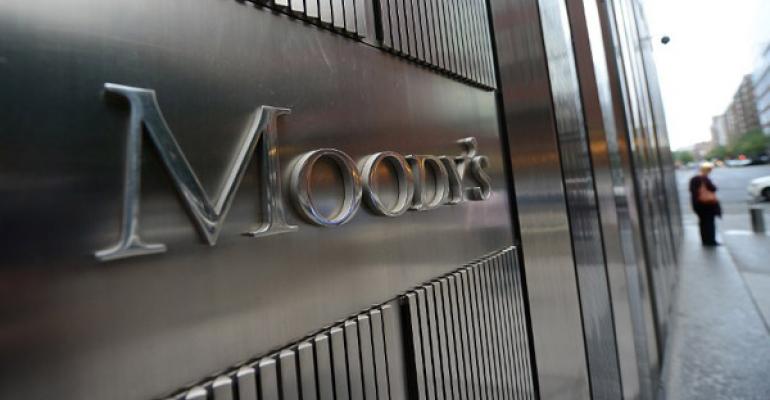 Moody’s Investors Service on Tuesday downgraded RCS Capital's (RCAP) corporate credit rating from B3 to Caa1 with a negative outlook. Moody’s cited the firm’s diminished ability to pay down its debt from ongoing activities and the risk that it may not find new investments for the change.

“RCS has suffered from a series of adverse events that have diminished its franchise value and resulted in significant and ongoing financial difficulties,” Moody’s said, in a statement.

RCAP, the parent company of retail brokerage Cetera Financial Group, has been mired in turbulence since October 2014, when a formerly related company announced a $23 million accounting error. Earlier this month, a unit of the company, Realty Capital Securities, was charged by Massachusetts' top securities regulator with fraudulently casting shareholder proxy votes.

RCAP’s CEO Michael Weil recently stepped down from his position, after about a year on the job. Larry Roth, head of Cetera, has replaced him and oversees the constellation of firms stitched together by real estate investor Nicholas Schorsch over the past few years. Cetera has some 9,500 brokers, the second largest independent brokerage group in the U.S.

The company’s stock is down 96 percent this year. Earlier this month, the New York Stock Exchange said it would delist RCS Capital common stock if the firm doesn't get its stock price above $1 a share in the next six months.

“RCS is now dependent upon the value of its independent retail advisory activities, since its investment banking and capital markets business has been further impaired by an affiliate's recent announcement that it will cease activities in products for which RCS had earned significant advisory fees,” Moody’s said.

AR Capital, the non-traded REIT sponsor built by Schorsch, who is also a shareholder of RCAP, recently announced it would no longer create new products or raise capital in existing products. The firm said the move was due to regulatory and market uncertainty affecting capital raising for new and existing offerings.

RCAP’s retail advice unit is not producing enough cash flow to handle the debt load, Moody’s said. Other headwinds, such as the uncertainty around the Department of Labor’s fiduciary standard proposal, low interest rates and regulatory compliance issues at RCAP could also erode the firm’s value.

“Such factors could inhibit RCS' ability to attract sufficient new investment to adequately transform its capital structure, or could prolong the decision-making process and result in RCS encountering liquidity issues.”

Moody’s said it would upgrade the firm’s credit rating if it can recapitalize and strengthen its retail advisor business. But if the firm is unable to raise new capital or the advisor business continues to suffer, the rating agency will further downgrade RCAP’s credit.

The firm has been cash-strapped. Private equity asset manager Apollo Global Management had planned to buy the firm’s wholesale broker/dealer business for $25 million, but later reduced the price to $6 million in cash. Apollo also called off the deal to purchase the asset management business of AR Capital. Instead, AR Capital is purchasing $25 million of RCAP preferred stock from Apollo for $25.6 million.

The firm is also working with Lazard Freres & Co. to explore “options to raise significant capital and to rationalize the company’s capital structure,” RCAP said in a statement. The board of directors “will negotiate and approve any proposals derived from the process led by Lazard.”

An RCAP spokesman did not respond to a request for comment by press time.