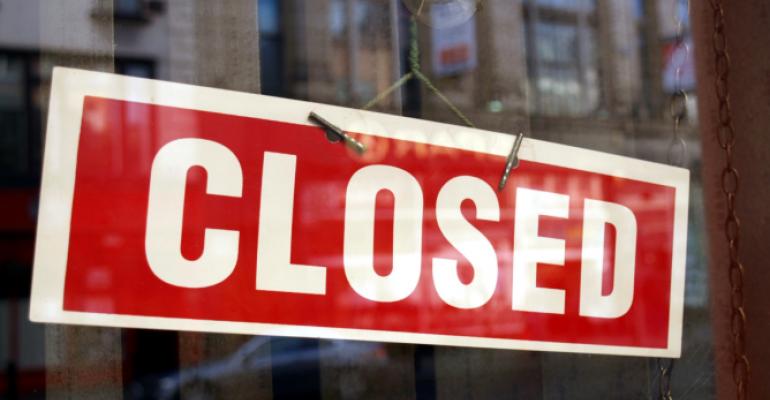 Another IBD-Seller of Private Placement Closes Up Shop

Dallas-based Milkie/Ferguson, which sold Provident Royalties, has closed up shop and moved its 26 brokers over to Berthel Fisher & Company.

Another independent broker/dealer that sold problematic private placements by Provident Royalties plans to close its doors, pending FINRA approval. Dallas, Texas-based Milkie/Ferguson Investments filed to have its registration with FINRA terminated July 26. The firm has signed a recruiting deal with Berthel Fisher & Company, an IBD based in Marion, Iowa, to transfer its 26 advisors and $450 million in assets to Berthel.

Thomas Berthel, CEO and director of Berthel Fisher, confirmed the deal, first reported by WealthManagement.com. When you call Milkie/Ferguson’s main line, an automated message tells callers that all of the b/d’s operations have moved to Berthel Fisher and provides a contact number there. Milkie’s website also directs people to Berthel Fisher.

Edward Milkie, president and CEO of Milkie/Ferguson, owns 75 percent or more of the company, according to the firm’s FINRA filing. He will not take on any management role at Berthel, but has transferred over as a broker, Berthel said.

Milkie’s advisors will be absorbed into Berthel Fisher and continue to clear through National Financial Services, so reps will not have to repaper client accounts. Berthel Fisher has about 385 advisors and client assets of about $1.006 billion, according to Cerulli Associates.

Milkie/Ferguson was one of many small broker/dealers that sold Provident Royalties, an allegedly fraudulent private placement. According to published reports, the firm’s total sales of Provident were $4.145 million, with total commissions of $480,350 going to the b/d. The two co-founders of Provident were just recently indicted by the Justice Department. As of Dec. 31, 2011, Milkie had net capital of $66,746, with a net capital requirement of $52,238.

Milkie has been involved in several arbitrations and litigation issues. In 2009, the Texas State Securities Board fined the firm $25,000 for failure to adequately supervise one of its advisors. This month, an arbitration panel ordered the b/d to pay $25,000 to a client. According to a FINRA filing, a Milkie rep sold the client life settlements by now-shuttered Retirement Value LLC, a firm accused of securities fraud and deceptive practices.

Berthel itself has not been immune to problematic alternative investments. The firm has faced a barrage of claims related to its sales of DBSI, a failed real estate tenant-in-common. According to an SEC filing from February, the firm faced $25.9 million in pending claims.

Jonathan Henschen, president of the recruiting firm Henschen & Associates based out of Marine on St. Croix, Minn., said the uncertainty around Berthel’s legal liabilities has hobbled its recruiting efforts, so the firm has been funneling business to Securities Management and Research, a broker/dealer Berthel purchased in 2010.

Many IBDs have been going under due to large liabilities they face related to alternative investments that have gone bust, including Provident, Medical Capital and DBSI. Other IBDs, such as Securities America, have been sold off, providing an opportunity for larger firms looking to acquire.

Ron Edde, director of FA recruiting at Millennium Career Advisors, said Milkie likely shut down because it had to fend off litigation. It’s also likely a lack of resources; some smaller firms can’t afford the institutional-type of advertising to get their names out there, Edde said.

“I think you’re going to see a lot more consolidation,” Edde said. “All of the signs are indicating that the margins are just too thin, and the technology and resources are too expensive to profitably sustain a broker/dealer that’s fairly small.”