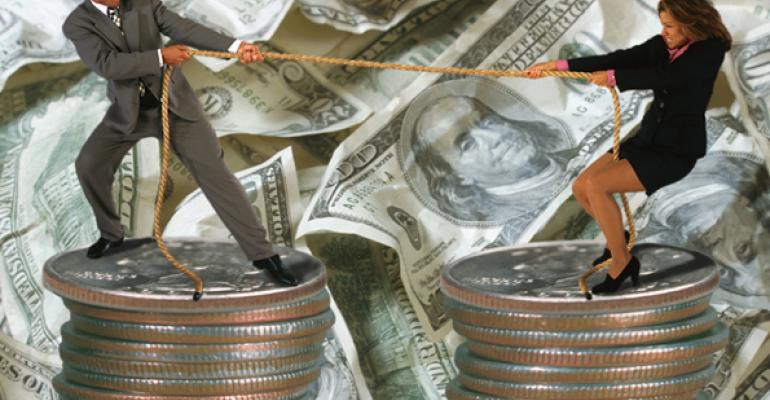 Want a Divorce? Then Do It Right Now or Pay Much Bigger Tax Bill

“Look I’ve been doing this for 50 years,” he says early in the negotiations. “I know how this case is going to come out within a few dollars.” Find a fair way to settle quickly, he says, and you can save enough in legal fees to send your kid to college. Or, you can fight tooth and nail, he adds, “and I’ll send my grandchildren to college.” His warnings only work some of the time.

This year though, some estranged spouses have a more powerful incentive than ever to call a truce: President Donald Trump’s 2017 tax overhaul eliminates the deduction for alimony payments -- for divorces finalized starting in 2019. For many wealthy couples, reaching a deal by Dec. 31 could mean tens of thousands of dollars in tax savings every year. That’s pushing more of them to finally follow Sucherman’s advice and cooperate as the deadline nears.

Divorce often means war for the top 1 percent. The richer you are, the more homes, possessions, investments and businesses there are to fight over. In a single-income family, the non-earning spouse can be worried about being cheated by the earning spouse. The result is often expensive negotiations that stretch on for years, as each party tries to inflict maximum damage on the other.

Alimony, also known as spousal support or maintenance, is typically paid by the higher-earning spouse for a period of time after a divorce. For decades, the payers of alimony have been able to deduct the payments on their tax returns. Receivers of alimony, meanwhile, were required to report the money as taxable income. The tax overhaul reverses that arrangement, denying the tax deduction to alimony payers while making alimony tax-free to those who receive it.

Because the payers of alimony are almost always in a higher tax bracket than their exes, the new rules will mean less after-tax money to go around.

“We’re trying to get everybody divorced in 2018 who can be divorced in 2018,” said Linda Ravdin, an attorney at Pasternak & Fidis in Bethesda, Maryland. After finishing a trial in a complex divorce case recently, Ravdin said she urged the judge to render his decision this year.

Michael Stutman, a partner at Stutman, Stutman & Lichtenstein in Manhattan said he’s seeing more feuding couples open to negotiation as the alimony deduction deadline looms. “When you’ve got people pretty close to an agreement, the specter of losing that benefit is pushing people together,” he said.

Stutman is currently handling a divorce for a real estate mogul, and it’s taking a long time for two skilled forensic accountants to untangle the family’s holdings. The couple is “beside themselves” with how long it’s taking, he said.

The old system of allowing for alimony deductions sometimes served as a way to “grease the skids” for a deal and make the payments less painful, said Peter Walzer of Walzer Melcher, a law firm in Los Angeles. Now the threat of losing the deduction is accelerating the process. Walzer said one of his clients got a call from her husband, urging her to speed up the proceedings after he learned about the tax law change. The irony is that previously he had been the one slowing down the divorce, Walzer said.

Even spouses who haven’t started divorce proceedings are wondering if they should rush to get a deal done before year end. Sucherman, who works at San Francisco-based Sucherman Insalaco, said he’s getting inquiries from potential clients -- whom he called very wealthy “Silicon Valley people” -- wondering if they should be rushing to divorce court because of the rule change. In most cases, he said, they aren’t even separated yet.

For couples just starting proceedings now, ending a marriage by Dec. 31 will be difficult, and virtually impossible if they’re wealthy. It can take months, at a minimum, to just catalog and appraise possessions. Until that’s done, many spouses won’t even start negotiations. The process can stretch for months and even years, especially since there are many ways to bog down a divorce -- like turning in intentionally sloppy and incomplete paperwork.

Still, there may be a workaround. If a settlement agreement, which often includes alimony terms, is reached by the end of this year, many divorce lawyers said that would likely be sufficient to still get the alimony tax break. But that isn’t airtight, and there could be issues if the agreement is altered in the future.

The Internal Revenue Service hasn’t issued any guidance on the alimony tax change, but some answers could come in the bluebook, Congress’s official handbook explaining the law, expected to be released later this year. An IRS spokeswoman declined to comment.

The difference between getting a divorce finalized this year or not is significant, especially as incomes rise. A chief executive officer living in New York City who’s divorcing a stay-at-home mom would pay about $35,000 in child support for their two young kids. If he makes $1 million a year and agrees to pay her $360,000 in alimony, the 2019 rule change could cost them about $23,000 annually in higher taxes, according to an analysis by Chris Chen of Insight Financial Strategists, a firm specializing in post-divorce financial planning.

The end of the year typically tends to be a busy time for divorces. For both emotional and financial reasons, people in the midst of a divorce are often eager to finalize their splits before the holidays, Ravdin said. Many are eager to start the new year off single again. Being divorced on Dec. 31 also means tax returns can be filed as a single person.

The alimony change puts even more year-end pressure on divorce lawyers, judges and clerks. It’s not clear courthouses will be able to handle the extra crush of paperwork.

Just to be safe, lawyers are getting paperwork in as soon as possible.

“They’re going to have a hard time processing all these judgments,” said Walzer.