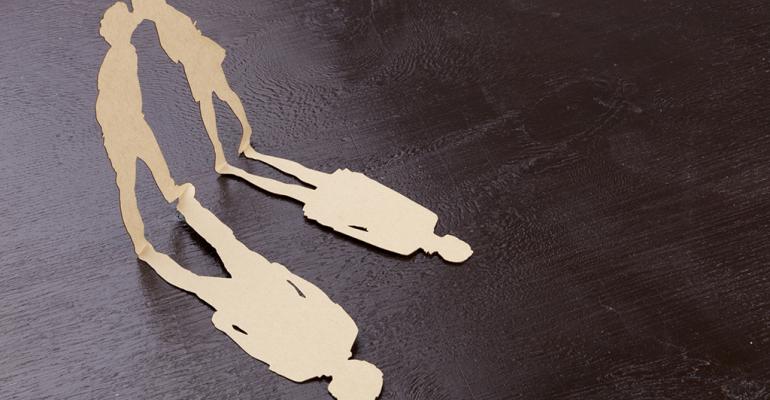 A new landscape under the Tax Cuts and Jobs Act.

The Tax Cuts and Jobs Act of 2017 repealed Internal Revenue Code Sections 215 and 682, both of which were important income tax provisions with respect to divorced and divorcing spouses.

Previously, under IRC Sections 71(a) and 215(a), any alimony paid pursuant to a decree of divorce, as well as any spousal maintenance paid pursuant to a divorce and/or separation agreement, was income to the recipient and deductible by the payor. The payor could deduct such payments above the line without needing to itemize deductions, and the income tax liability for each such payment was shifted to the recipient.

In addition, under IRC Section 682(a), if a payor created a trust for the benefit of a recipient, then on legal separation or divorce, the recipient was required to include any income (other than capital gains) earned by such trust in the recipient’s gross income. Without the relief provided, such trust income would have continued to be includible in the gross income of the payor. Once again, under the current law, the income tax liability on monies received by the recipient was shifted to the recipient.

The income tax provisions in the current law generally provided a net overall benefit to the family, as the income tax rates for payors were generally higher than those of recipients. To raise more revenue, Congress repealed both of the foregoing sections in the IRC when it passed the 2017 Act. As a result, a payor will no longer be able to deduct alimony payments if such payments are made under a decree issued or modified, or an agreement created or modified, on or after Jan. 1, 2019. Further, the income tax liability for any new trust established by a payor for the benefit of a recipient who subsequently separates or divorces on or after Jan. 1, 2019 will remain with the payor.

Given the new law, practitioners will need to consider alternative ways to deal with the changing income tax landscape for divorcing spouses. If an agreement is created and/or modified in 2019 or beyond, the income tax impact on the parties must be considered in a new light during the negotiation and drafting of the agreement.

Separate or divorce in 2018. Because the repeal of the current law doesn’t go into effect until 2019, existing agreements and those executed or modified in 2018 shouldn’t be affected by the new rules, even if a court decree confirming the terms of the agreement is entered after Jan. 1, 2019 (Treasury Regulations Section 1.71-1T(e)). Any 2018 agreement should make clear that the income tax burden won’t shift to the payor in 2019, despite the provisions of the 2017 Act.

Renegotiate. When modifying an existing agreement in whole or in part, the parties may wish to consider restructuring the agreement to maintain the status quo with regard to the overall payments made to the recipient and the Internal Revenue Service.

Spousal trusts. Spousal trusts created or modified in 2018 don’t appear to be affected by the 2017 Act. However, beginning in 2019, IRC Sections 672(e) and 677(a) will require the payor/grantor to pay the income taxes for trusts that are created or modified in 2019 or beyond. Therefore, if the parties wish to modify the terms of an existing spousal trust, it may be preferable to distribute the assets held in the spousal trust to an entirely new trust for the benefit of the recipient ex-spouse that qualifies as a non-grantor trust with regard to the payor.

Section 682 has been in place for many years and has generally provided overall income tax relief for a divorcing family at a time in life when budgets are often stretched tight due to the need to support two separate households. That relief has been arbitrarily repealed, and it isn’t clear how the repeal will apply to existing trusts that are subsequently decanted modifications to agreements such as those related to visitation or custody that are unrelated to income tax issues and the effect of Section 672(e) and 677 on new trusts created for ex-spouses and funded with existing spousal trust assets.

Practitioners need to reconsider all of the ways in which income taxes are allocated between divorcing spouses. Any modification of an existing agreement or spousal trust may have unintended income tax consequences. The Department of the Treasury and the IRS have requested comments from the public on whether guidance is needed regarding the application of Sections 672(e) and 677 following a divorce or separation in light of the repeal of Section 682.

Concerned practitioners should urge the IRS to provide regulations exempting unrelated modifications, decanted trusts and existing trust distributions from the onerous impact of the 2017 Act on divorced spouses.