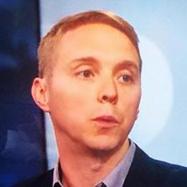 Mega-Rich Urged to Unleash $121 Billion for Desperate Charities
Jun 12, 2020
The pandemic is prompting more money to flow out of DAFs and into charities where it can do some good.

Struggling Americans Can Tap 401Ks With Coronavirus Bill
Mar 27, 2020
The changes in rules for retirement accounts mirror what's been done after previous disasters.

‘Everything Is Accelerating’ in the Climate Fight, Billionaire Investor Warns
Feb 05, 2020
Disasters caused by warming are speeding up, according to Jeremy Grantham—but so are solutions.

Family-Owned Businesses Urged to Sell Before the Party Ends
Jan 14, 2020
For the owner of a multimillion-dollar company, selling by the end of 2020 could result in a much smaller tax bill than striking a deal in 2021 under new rules.

Bill Gates Pushes for Higher Taxes on Rich as Wealth Soars
Jan 03, 2020
U.S. lawmakers should close loopholes, raise the estate tax and hike the capital-gains tax so that it equals the rate on labor income, the Microsoft founder wrote Monday in a year-end blog post.

Boomers Are Thriving on an ‘Unprecedented’ $9 Trillion Inheritance
Nov 19, 2019
About $36 trillion will flow from one generation to another over the next 30 years, according to a report from wealth manager United Income.

Divorce Destroys Finances of Americans Over 50, Studies Show
Jul 19, 2019
There are few things more devastating than divorce. Even the very wealthy can find it financially draining, emotionally harrowing and just plain messy.

Americans Lose Trillions Claiming Social Security at the Wrong Time
Jun 28, 2019
Most retirees should wait longer to access their benefits, researchers find. Some should claim them sooner.

Retirees Might Run Out of Money 10 Years Before They Die
Jun 14, 2019
Most of the world’s retirees are doing well compared with those in Japan, where the retirement savings gap is 15 years for men and almost 20 years for women.

Tales of SALT Woe From the Rich Who Try to Flee High-Tax States
Mar 04, 2019
Wealthy Americans contemplating a move to a low-tax state might want to reflect on these five tales of woe.
Load More