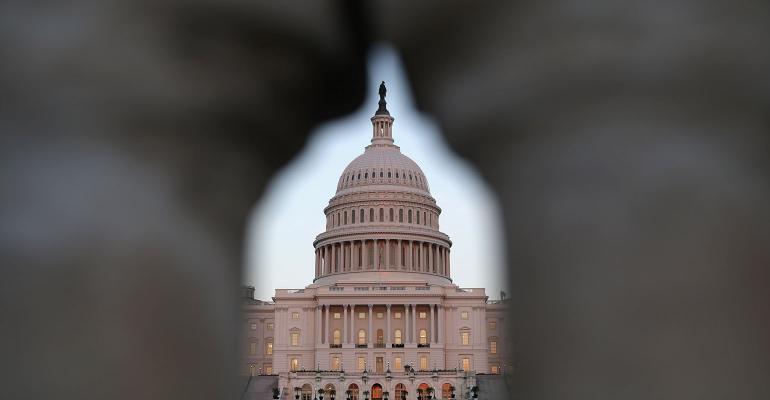 A high-level overview of the key provisions of the Republican tax reform Framework.

On Wednesday, Republican leaders released a nine-page framework for tax that they posit will end a pattern of ordinary Americans being “shut out of the dynamism of the US economy.” To date, significant legislative achievements in Washington have remained elusive, despite Republican control of the White House and both chambers of Congress.

The Framework is intended to generate much-needed momentum to unify the Republican Party behind a fiscal year 2018 budget resolution, which is a necessary springboard to preserve the budget reconciliation process. Indeed, the House Freedom Caucus, an influential block of conservative legislators that was withholding its support for a budget resolution pending agreement on tax reform principles, came out in favor of the initiative on Wednesday, noting that the group “looks forward to sending a final bill based on this framework to President Trump’s desk as soon as possible.”

Developed by a group of Republican officials known as the “Big Six,” the plan proposes slashing current tax rates to 20 percent for corporations, 25 percent for pass-through entities and a maximum of 35 percent for individuals, repealing the estate, generation-skipping transfer and alternative minimum taxes in their entirety, and cutting back or eliminating many popular tax incentives, including the deduction for state and local taxes. In the international field, the Framework calls for a transition to a territorial tax system for international businesses, with a two-part repatriation structure for existing offshore earnings.

Response to the Framework among Republican lawmakers has been favorable, although it should be noted that the Framework delegates most controversial decisions and details to the House Ways and Means and Senate Finance Committees, which are tasked with drafting the legislation. In many ways, the Framework represents modest progress over the House GOP tax reform blueprint released over a year ago (the “GOP Blueprint”), perhaps hinting that there are more significant disagreements among Republicans than what public statements reveal. Immediate opposition from Democratic lawmakers, some of whom dubbed the proposal “wealth-fare,” further indicate that a substantial legislative fight is on the horizon. Senator Charles Schumer (D-NY) described the Framework as designed “to be cheered in the country clubs and the corporate boardrooms.”

The framework leaves open key procedural questions, most importantly how its tax cuts, priced by the Committee for a Responsible Federal Budget at $2.2 trillion dollars over the next 10 years, will be paid for and whether and to what extent budgetary offsets will be able to facilitate its passage into law.  This decision-making is also tied into a “dynamic scoring” process that is designed to simulate enhanced revenue targets based on growth stimulation caused by the bill’s provisions. What follows is a high-level overview of some of the key provisions of the Republican tax reform Framework:

While some proposals set forth in the Framework, like the repeal of the federal estate tax, would reduce the need for certain wealth planning techniques (assuming such a repeal is permanent), the new income tax regimes proposed might provide significant leeway for creative and effective income tax planning going forward, particularly for internationally mobile individuals.  In addition, the Framework does not envision the repeal of the gift tax, and careful planning will still be required to avoid unintentional gifts in family transactions. A permanently reduced corporate tax rate could also have the effect of triggering substantial restructuring exercises for businesses formed as pass-through entities, which have taken advantage of the tax bias for such structures that has been in place for over three decades.