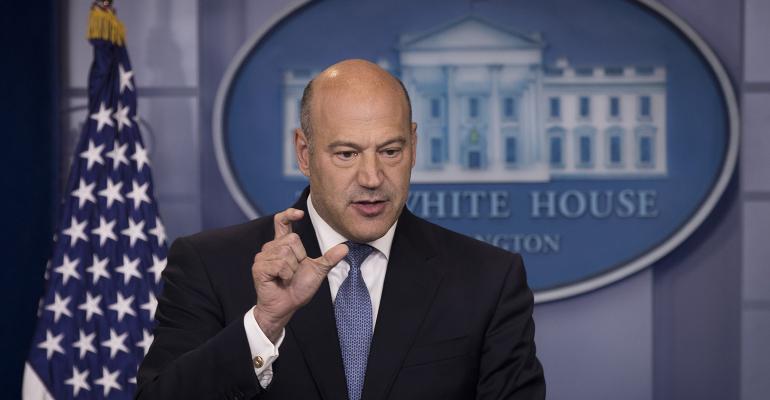 Tax Reform Could Open Up a Huge Loophole for Wealthy Americans

A perk meant for business owners may help a wide variety of affluent Americans cut their tax bills.

(Bloomberg) --In the emergency room, there’s a good chance your doctor isn’t an employee of the hospital. She might be an independent contractor and, for tax purposes, the owner of a small business whose sole purpose is to sell her services as a physician.

That’s one example of a “pass-through business,” now a hot topic in the U.S. tax reform debate. Everything from a giant real estate business to a corner liquor store can be a pass-through, so called because it doesn’t pay taxes itself but instead passes profits on to the owner, who pays taxes based on his or her own individual rate.

In fact, of the 26 million businesses in the U.S. in 2014, according to the Brookings Institution, 95 percent paid taxes on a pass-through basis. Unless a company is large or its ownership is complex, a pass-through is usually the simplest and lowest-tax option. Actors, architects, factories, and football teams can all structure themselves as pass-through entities.

Now, everybody else might want to get in on the act, or at least think about it if they’re in a higher tax bracket. The tax reform framework released this week by President Donald Trump and congressional leaders offers a lucrative treat to pass-through business owners. A key provision would cap the federal rate for many pass-through businesses at 25 percent, a huge tax cut if owners are now taxed at the maximum individual rate of 39.6 percent.

The logic behind the provision is to give pass-through businesses roughly the same sort of tax cut that U.S. corporations would get under the overhaul. Trump and Republicans are proposing a corporate rate of 20 percent.

The problem with the provision is that it could create a huge and unpredictable drain on the U.S. Treasury and immense logistical hassles for the Internal Revenue Service. Millions of affluent people would have a new incentive to shift as much income as possible from ordinary sources through pass-through businesses.

Under current law, there’s rarely a huge financial advantage for salaried workers to set up a pass-through structure to capture their income. For that emergency room doctor, for example, a pass-through can make it easier to deduct expenses and can offer some protection from legal liability, depending on the state. The tax savings are relatively small, mainly from skipping some payroll taxes, and might not even cover the cost of hiring a lawyer and accountant to create the more complex business structure.

But a drop in the marginal tax rate from 39.6 percent to 25 percent changes the economics, said Anjali Jariwala, a CPA and financial adviser who specializes in doctors at Financial Investment Tax Advisors, of Redondo Beach, Ca. “This is really going to be impactful for high-income earners, especially if they’re dual income,” she said.

The Trump administration says it’s working on ways to close the potential loophole.

“The last thing we want to see is wealthy individuals or wealthy groups or families move their tax rate down from the 35 percent rate to the 25 percent rate,” White House Economic Adviser Gary Cohn said Thursday. “We are spending time on that. The tax writers at both the House and the Senate are acutely aware of this issue.”

Earlier this month, Treasury Secretary Steven Mnuchin said “service companies,” such as accounting firms, shouldn’t get the benefit of the pass-through rate, while businesses that create manufacturing jobs should. But writing that into the tax code would be a challenge.

Is a custom homebuilder providing a service (his architectural expertise) or a product (a house)? An emergency room doctor might be providing a service, but what about a couple of doctors running an extensive chain of clinics? Their personal labor is a small contribution to their business’s income compared to the millions of dollars they’ve invested in equipment and the hiring and training of employees.

If the IRS needs to look at each business separately, “it’s going to be very difficult to enforce,” said Michael Greenwald, a CPA and partner at Friedman LLP in New York. “They don’t have the manpower at the IRS,” which has been wounded by years of budget cuts.

No matter how the law is written, wealthy taxpayers will try to pay the lower pass-through rate on as much income as possible.

“If they leave a big enough loophole, the accountants are going to be out there taking advantage of it,” said Michael Allmon, a CPA at Michael B. Allmon & Associates LLP in Manhattan Beach, Ca. “If there’s a way to do it, we’ll figure it out.”