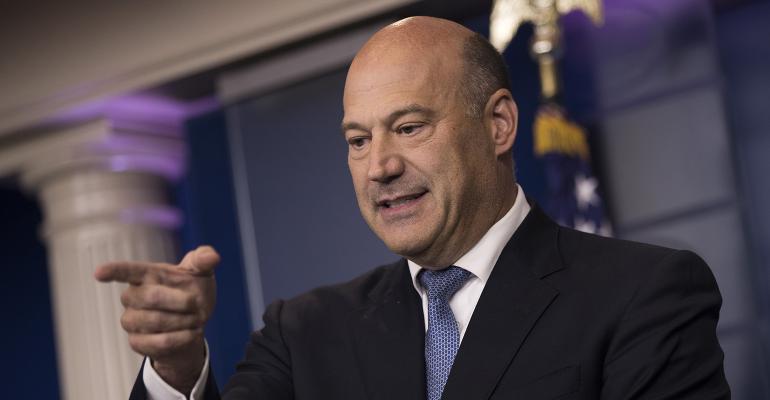 Trump Tax Plan Is Only Short-Term Bearish for Bonds

There's a glut of savings in the world even as the higher yields offered on U.S. bonds act as a powerful lure to international investors.

(Bloomberg Prophets) --Stop me if you’ve heard this one before, but there is something in economics called the law of supply and demand. It goes something like this: When supply rises, prices should come down. So, bond investors should be really worried about the U.S. government issuing lots more debt to make up for the lost revenue from the Trump administration’s proposed tax cuts, right? Well, maybe not.

Let’s start at the beginning. After numerous fits and starts, the White House has unveiled a starting point for tax reform. Unlike the administration’s efforts in other areas -- health care, immigration, the border wall -- this looks like it has some legs. After all, there’s little that voters like more than lower taxes. The trouble, at least theoretically for bondholders, is that the plan as it stands is likely to boost a budget deficit that was already bound to explode.

Even before the proposal was unveiled, the Congressional Budget Office projected that debt held by the public would rise from 77 percent of gross domestic product currently to 91.2 percent in 2027. The budget deficit, at around 3.4 percent of GDP, was forecast to rise to 5.5 percent in 2027. The actual deficit itself is seen at $1.46 trillion, a record, and pretty much triple what it is today. The whys are hardly worth mentioning: We simply spend too much compared with what we take in. Slow GDP growth has something to do with it, as well as expected increases in entitlement spending due to shifting demographics. That all means there will be more Treasuries issued -- and to buy -- and those CBO forecasts don’t model for a recession. More supply means lower bond prices. Lower bond prices mean higher -- wait, hold on. Before making that final leap, consider that the greatest risk in terms of higher yields is probably in the next few months, well before the tax break details are known or installed.

First, there is the fear of what a bigger budget deficit and more supply could do to the bond market. Recall that 10-year Treasury yields rose about 50 basis points, or half a percentage point, in the weeks after Donald Trump’s election victory, stopping just below 2.65 percent in February before falling back to below 2.20 percent as his agenda started to flounder. With tax reform in play, that higher level of yield seems like a reasonable near-term target after ending last week at 2.32 percent.

Second, we have a Federal Reserve that is stubbornly holding to an agenda of its own in the form of the Phillips curve. Time will tell if policy makers get the 2 percent inflation they expect from the current low levels of unemployment, but they are boosting interest rates anyway and will soon be buying fewer Treasuries and mortgage securities for the Fed’s own account.

The latter means the market will have to fill the void and buy that stuff. So traders have rate hikes to price in, balance-sheet tapering adding more Treasuries and mortgage securities for them to digest, an expanding budget that will get even bigger if the tax breaks come forth and are not revenue-neutral (even I have to laugh writing that) or generate the sort of 3 percent to 4 percent growth that the administration promises will more than make up for cost. Given that GDP has averaged 2.1 percent since 2011 and 1.9 percent since 2000, a 50 percent gain seems rather a reach in light of the very demographic shifts that will cause the deficit to swell. A recent San Francisco Federal Reserve research note cautions that “in such an economic environment, interest rates would hover not too far above their lower bound.” In other words, lower for longer.

Cutting to the chase, I anticipate that tax reform will have short-lived bearish consequences for the bond market, all things being equal. When I say short-term, I mean a few weeks or months of worry, mostly anticipatory, where yields spike just like they did after the election before giving way to a more settled range. To borrow from Franklin D. Roosevelt, the only thing the bond market has to fear is fear itself.

What’s important to remember is that there remains a glut of savings in the world at a time when the higher yields offered on U.S. bonds relative to other developed economies act as a powerful lure to international investors. If the Fed is right in its projection for 2.1 percent federal funds rate next year, and rising to 2.7 percent in 2019, it’s likely the yield curve will narrow or even invert. There is ample evidence that highly indebted countries have slower growth and inflation than otherwise. Thus, a spike in yields due to tax reform will generate a buying opportunity.

A sideshow to all this is the risk inherent in larger and more frequent Treasury auctions. Since the global financial crisis, dealer desks have shrunk in terms of risk tolerance, population and experience, and the lack of volatility has made it a complacently dull environment. I don’t see that the dealer community is any more prepared to handle a steady increase in supply, raising the potential for sloppier Treasury auctions down the road. From an underwriter’s perspective, that may not be such a bad thing, as from an investor’s such events tend to be buying opportunities.