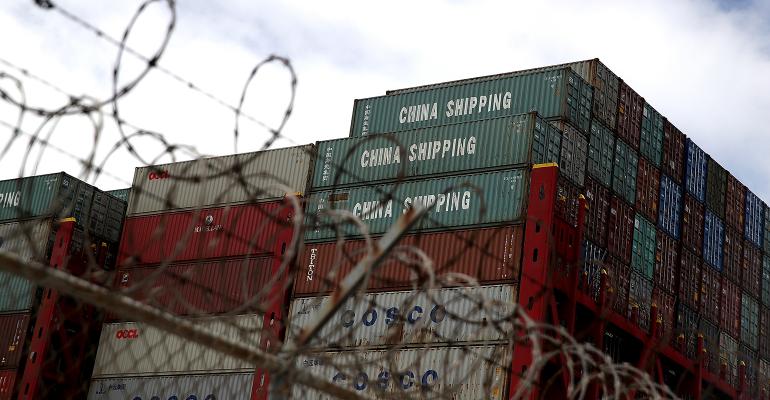 The last week was dominated by sideways consolidation in Treasurys of the gains posted after the Federal Open Market Committee, with weak Chinese data and ongoing tariff threats.

Consolidation is just that: trading around an obtained set of levels but neither making progress against them nor a rejection. In what was a relatively light week for data this make some sense. More importantly, I don’t think you can take away a directional impetus from consolidation of the relatively small gains after 10-year Treasurys probed once again that 3 percent mark. I guess that’s my way of saying we continue to chop about, though with some supply coming down the curve (2s, 5s and 7s), I probably would err on the side of some concession, which would tend to flatten the curve a bit. It’s largely a technical play.

Related: The Market’s Defenses Are Down

A couple of things came up that I think could be the start of something bigger, primarily the impact of the tariff war on sentiment, behavior and Fed thinking. Powell did say before the European Central Bank forum: “Changes in trade policy could cause us to have to question the outlook…. For the first time, we’re hearing about decisions to postpone investment, postpone hiring.”

Further, he said, “If you ask, is it in the forecast yet or the outlook? The answer is no. You don’t see it in the performance of the economy and we don’t have any way to know how to put it into the outlook just yet.”

This sword cuts both ways. On one hand, it’s on the radar and could temper the pace of hiking. On the other, he’s not sounding overly concerned. He reiterated that he still sees monetary policy as accommodative and sees fiscal policy as an additive for a few years yet. I suppose this a case of “watch this space.”

I did think his recent words explaining why they removed forward guidance is interesting and maybe creates a better market for trading the curve and Fed Fund futures as we parse nuances between the raw data and what that means for monetary policy amid less Fed guidance on the topic. But that’s mostly an afterthought.

Less of an afterthought is the performance of small cap stocks and the notion that such companies will do better in a trade war, as they are more domestically focused. Also, we see the Philadelphia Fed survey showing a softer tone with its sharp decline in new orders, which may be related to businesses starting to be cautious. A Business Roundtable Survey last month had 95 percent of CEOs calling trade wars a risk of varying proportions and 90 percent saying the result would be higher input costs. Oh, and to be sure, these higher input costs will likely be passed on to U.S. consumers, but would not have a positive impact on real wages.

Below is a market profile of 10-year yields where I combined activity from June 10 to 14 to show a high-volume level of 2.95-plus percent. This is near-term support. Next is 2s/10s on a daily chart which looks a bit too flat with momentum measures rounding up. The 21-day moving average at 41 basis points is my near-term target as we slog through the coming week into July 4 (early exits?). I think 2s hold 2.5 percent as resistance. I’m especially interested in the sentiment/confidence and survey data coming out: Markit Purchasing Managers Indexes, the Conference Board, and the Chicago PMI, to be specific.