/sites/all/themes/penton_subtheme_wealthmanagement/images/logos/footer.png
Recent
Recent
Nine Must Reads for the CRE Industry Today (Oct. 28, 2021)
Oct 27, 2021
Schwab Retools iRebal
Oct 27, 2021
Advisor Innovations: Brian Hamburger on The Advisor Transition Game
Oct 27, 2021
How a Small Change to FIRPTA Can Help House America’s Workforce
Oct 27, 2021
Featured
The 10 Best and 10 Worst States in Which to Retire in 2021
Jul 15, 2021
Poll: 15 Classic Books on Investing and the Markets
Apr 03, 2020
25 U.S. Markets Adding the Most Multifamily Units This Year
Feb 03, 2021
Fifteen Must-Listen Business Podcasts for Advisors
Aug 14, 2020
Informa Intelligence
brought to you by 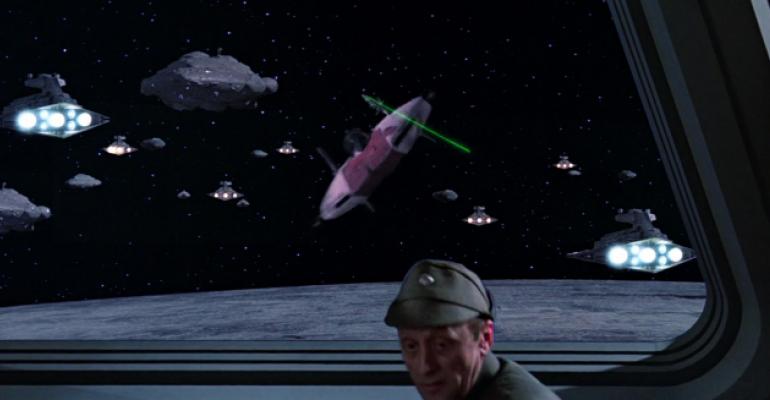 The Market’s Defenses Are Down

In a bear market, the reduced influence of defensive sectors could cause outsized weakness.

Defensive sectors—utilities, telecoms, pharma and consumer staples—represent a lower proportion of the S&P 500 today than they did at the height of the dotcom bubble 18 years ago.

A recent Financial Times piece by John Authers makes note that the defensive strategy of dividend investing isn’t working so well as yields have lifted and offers some interesting insights that are worth your attention.

One is of the change in the composition of the S&P 500 in the context of index investing. Dividend-plays tend to go with stocks that are lower quality within the S&P 500, and lower momentum as well, so are not in an economic sweet spot. Further, and importantly, the dividend yield has edged below the 10-year creating a compelling competitive force.

But here’s thing that really struck me. Based on observations from Jim Paulsen of Leuthold, Authers said that there’s been a secular decline in the “defensiveness” of the S&P 500 over the last 30 years concomitant with the rise in ETFs. The S&P 500 is currently more vulnerable to a market downturn because its lost a share of so-called defensive stocks, yet investors favoring index investing are getting, in a sense, a less diversified bundle.

In the event of an S&P bear market, the reduced influence of presumably outperforming or mitigating defensive stocks will result in outsized weakness compared to historical exposures.

This brings up the concept of “value.” Where is value in the Treasury market? The past several years have encouraged investors who normally would be inclined to seek income via the bond market to be overly weighted in stocks, especially dividend payers. That’s made a lot of sense given low rates and low volatility. But now, and in the near term, rates are becoming a lot more interesting. Consider that with the S&P dividend yield at 1.88 percent, 10-year Treasurys yield 95 basis points more and 2-year Treasurys over 50 bps more. The mean spread between 10s and the S&P dividend has been 89 bps since 2006. And if you believe 10s are headed to, say, 3.25 to 3.50 percent, then that spread moves closer to 160 bps—near the highs of the last 10 years.

If the Fed Funds rise by, say, 100 bps in the next year and 2s move to near 3.25 percent, then that spread moves close to 135 bps, the widest it’s been since late 2007. This is all to say that the bond market is looking a lot more compelling as a competitive investment to dividend-oriented equity investors.

As you look at the chart below, specifically focus on the dividend yields. It’s hardly a leap to suggest that the sort of dividend yields that were around in the 90s and before, 2.85 percent from 1984 to 2000 won’t be returning anytime soon given how the index has lightened up on the weighting of dividend payers.