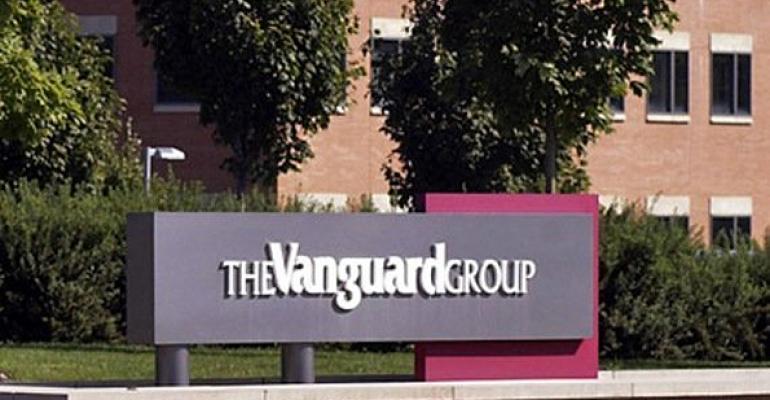 One legal expert says mutual fund sponsors are afraid they’ll lose assets in an ETF conversion. But the secret to an alternative may lie in a Vanguard patent that expires in 2022.

There’s been much buzz and anticipation around mutual fund–to-ETF conversions over the past few years, especially with the rise of semitransparent active ETF structures. But Barry Pershkow, a partner at Chapman and Cutler LLP, says there hasn’t been significant activity on this front yet, with just a few conversions so far and few planned for the future.

In March, Guinness Atkinson Funds made history as the first asset manager to complete the process, converting two of its mutual funds into ETFs. And just this month, fund administrator and private label issuer The Nottingham Company helped Adaptive Investments convert its Adaptive Growth Opportunities Fund into an ETF.

Related: History Made as First Mutual Fund Converts Into an ETF

“I think we see all the advantages to a conversion,” Pershkow said, speaking at the virtual ETFGI Global ETFs Insights Summit this week. “There’s tax efficiency. ETFs have the ability to send securities out of their portfolio in kind, so you don’t unlock the capital gains problem. There’s cost efficiencies; 12b-1 fees aren’t present in any ETFs I know, except the SPDRs. Then there’s transaction costs. People want to convert their mutual funds seemingly to ETFs, but then the question is, well why hasn’t it happened?”

He points to a few reasons why many fund managers are holding out, including the need for a brokerage account to hold ETF shares, the fact the tax-efficiency benefits aren’t present in defined contribution plans, such as 401(k)s, and the ability to close down a mutual fund to new purchases.

Related: A Wave of Mutual Fund-to-ETF Conversions May Be Near

“But the most important one in my experience and the clients I’ve been hearing from, they don’t want to cannibalize the mutual funds,” Pershkow said. “In other words, they feel like they’ll lose some folks in the process of conversion.”

The path forward, he suggests may lie in a structure patented by Vanguard in the early 2000s—its ETF-as-a-share-class structure. The method, a kind of ETF/mutual fund hybrid, essentially washes capital gains out of mutual funds via so-called heartbeat trades in the ETF share class of a particular strategy. Vanguard’s Total Stock Market strategy was the first to use the approach; as a result, the mutual fund has distributed no capital gains to investors since 2001.

“The advantage of that structure is that you don’t lose anyone; they can go back and forth in between the two and enjoy any aspects that they want,” Pershkow said.

“The problem with that is that the SEC has stated in the Rule 6C-11 release that they’ll entertain applications on this, but that there are some cross subsidization problems they’ve identified. In other words, does the ETF class suffer at the mutual fund’s activities, because it’s got to convert to cash to manage redemptions? Is there some inappropriate subsidization or burden-sharing? If we can answer those questions and address them in a way that makes sense to the staff, we might be able to move forward with those structures.”

The Vanguard patent expires in 2022, and he says a lot of asset managers are considering this structure. The hard part will be demonstrating that the structure continues to be in the best interests of shareholders.

“It’s a solution that makes sense from the perspective of managers who don’t want to do away with a fund, but would be happy to add an offering to their customers,” he said.