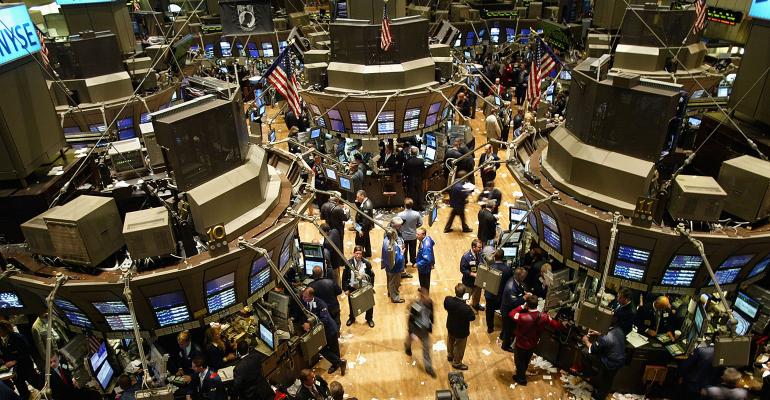 A Wave of Mutual Fund-to-ETF Conversions May Be Near

The hurdles asset managers have to overcome are significant—but so is the opportunity.

The next step to come, observers say, will be converting existing mutual funds into ETFs. No fund manager has taken the step yet, but law firms, asset managers and fund issuers all are developing a pathway, potentially leading to moves that would more than double the current level of assets in ETFs.

Douglas Yones, head of exchange traded products at the NYSE, said it’s not a matter of if, but of when, these mutual fund conversions start to happen.

“Every legal firm supporting the ETF industry that we have a relationship with, every single one of them, is working on trying to solve for the ability of an asset manager to convert a traditional '40 act open-end fund (through) a direct conversion to an exchange traded fund,” he said. “It has not been solved but they’re getting closer.”

He says that the approval of nontransparent active ETF structures has been a wake-up call for active managers who have not been tracking what the NYSE and others have been doing in the space.

Many active fund managers have long shied away from the fully transparent ETF structure, not wanting to give away their "secret sauce" by revealing real-time portfolio positions. Many asset managers would not consider converting a mutual fund to an ETF for that reason. But the new ETF structures, which, to varying degrees, don't require disclosing underlying positions or weightings, takes that argument for the traditional mutual fund off the table.

Should a pathway for conversions be cleared, many managers will have a hard time justifying a reason to keep a mutual fund version of the strategy in place. Regulators and advisors operating under a fiduciary mandate will push the move toward ETF adoption.

Yones says the growth in ETFs could be tremendous, with an opportunity for two-thirds of actively managed funds—about $11 trillion in assets—to be converted to ETFs.

“Even if a third of that (converts) we basically double the size of the ETF market today. So, that's when we start to say, ‘If this happens, how big could it be?’ It could be big enough that we see a 100% growth rate of the ETF market as we know it.”

(Assets invested in U.S.-listed ETFs and ETPs reached a record $4.42 trillion at the end of 2019, according to data by ETFGI.)

The prize of converting is large for asset managers who have been playing defense as newer ETF entrants attract new money coming into the market; a conversion pathway would allow them to port over the fund’s assets, track record and performance.

“Gatekeepers will often ask for a three- or five-year track record for an active manager before they're willing to consider allowing the ETF on the platform,” Yones said. “So, you can imagine the appeal for an asset manager who has a traditional active fund that's been live for many years, has great performance, and large assets under management. If they could do a direct conversion and keep their inception date, keep their investment performance, their history, and their assets under management—they would come to market with an already successful ETF. That would remove many of the hurdles that a lot of new products face as they come to market in terms of growth and getting to size, getting to scale, and having the track record needed to make it onto the platforms.”

Jim Atkinson, CEO of Guinness Atkinson Asset Management in Pasadena, Calif., said his firm is considering converting some of its mutual funds to fully transparent active ETFs. His firm launched an active ETF last November, to establish a foothold in the ETF space. Atkinson said he’s responding to the fact that investors prefer ETFs over open-end mutual funds.

Atkinson said long term, looking out over a number of years, he expects the whole fund industry to eventually convert to ETFs.

“If we don't convert our open-end funds to ETFs, our clients will do it without us. I don't think that's a very difficult conclusion to come to. So it's a long-term plan. It's not going to happen overnight, but we are working on it.”

Daniel McCabe, CEO of Precidian Investments, which licenses a nontransparent structure, said some asset managers have decided to simply clone some of their products and have filed for an ETF wrapper. But some of the distribution platforms have been reticent to see this.

“There are certain platforms that would rather not have asset managers clone existing mutual fund products, because then they have to make a determination: What do they offer on the platform? Or how do they offer similar vehicles on the same platform?”

The Securities and Exchange Commission’s Regulation Best Interest will weigh heavily on that determination, McCabe said.

The Legal and Operational Hurdles

To be sure, there are several legal and operational issues to overcome.

In late 2010, Huntington Asset Advisors, now part of Catalyst Funds, filed with the SEC to convert one of its mutual funds into an active ETF. But the SEC rejected the request after two years of review, for unknown reasons.

The way it could be done is via a shell reorganization, meaning you would create a new fund and transfer all of the assets and liabilities of the mutual fund to the ETF, according to one lawyer working on the issue. The ETF would then get the mutual fund shares of the ETF, which the mutual fund would distribute to its shareholders.

How Will Larger Fund Companies Respond?

It may be harder for larger mutual funds players to overcome the hurdles, with more share classes and distribution channels, observers say. The more complex the business, the larger the operational problems become.

“We actually have two share classes,” Atkinson said. “So our case is pretty simple. We don't have a lot of distribution channels. But if you agree with me, that this is a better mousetrap and investors are voting with their feet, then notwithstanding the fact that it's going to be a big complex project, and a long-term project for a large fund complex, I think they will go down this path.”

Dave Nadig, chief investment officer and director of research at ETF Trends and ETF Database, expects the mutual fund industry to take a more tactical approach. More niche players, rather than the big, broad funds that are well-known, will likely explore conversions.

“I don't think you would see a Gabelli or Growth Fund of America just whole hog say, ‘Hey, we're just an ETF company now,’” he said. “I think it's going to be a specific fund here and there that they believe in, they believe in the track record, but doesn't necessarily have traction in the 401(k) plan market.”