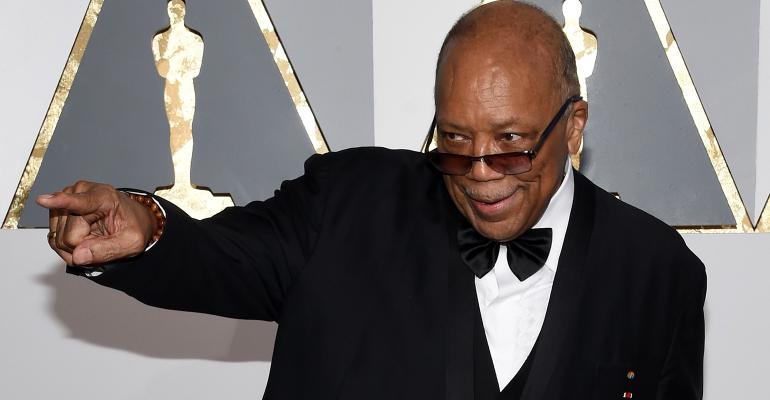 Quincy Jones has an ETF, investors don't understand the fiduciary rule ,and Raymond James adds a team from UBS.

Thought ETF themes couldn’t get any weirder? Now Quincy Jones—yes, the legendary producer behind Michael Jackson, Frank Sinatra and countless others—is looking to make his mark on the financial world by launching his own ETF. According to the SEC filing, the Quincy Jones Streaming Music, Media & Entertainment ETF tracks an index of the same name, which consists of “companies engaged in a range of business activities relating to streaming music, media, and entertainment, and select supporting sectors, including media and entertainment companies, telecommunications companies, wireless communication service providers, amusement and recreation companies, technology manufacturers, and internet-based companies, among others.” In other words, not just Apple, Pandora and, someday, Spotify, but also companies like Verizon and Sony who are providing access to the music. A fiduciary standard is one of investors’ top considerations when choosing a financial advisor, yet their understanding and awareness of the Department of Labor’s fiduciary rule is very low, at just 38 percent, according to the most recent Advisor Authority study, conducted by Harris Poll. The study, commissioned by Jefferson National, which was acquired by Nationwide in March, surveyed some 1,600 RIAs, fee-based advisors and investors. And advisors aren't alone. Investors also have misconceptions about their advisors’ fiduciary duties. Nearly six in 10 investors mistakenly thought their advisors were already required by law to put clients' best interests first—disclosing fees and conflicts of interest. By contrast, awareness for advisors is understandably high at 84 percent, while 83 percent say a fiduciary model will help their business grow. A team of financial advisors in Hawaii overseeing $3.5 billion in private and institutionsl assets has left UBS for Raymond James. The new Kikawa Group of Raymond James will be part of the company's traditional broker/dealer, Raymond James & Associates. The group includes a number of senior advisors—Ronald Kikawa and Karen K.Y. Yasukawa both have more than 30 years of experience—whose total production as a unit was more than $5 million at UBS.