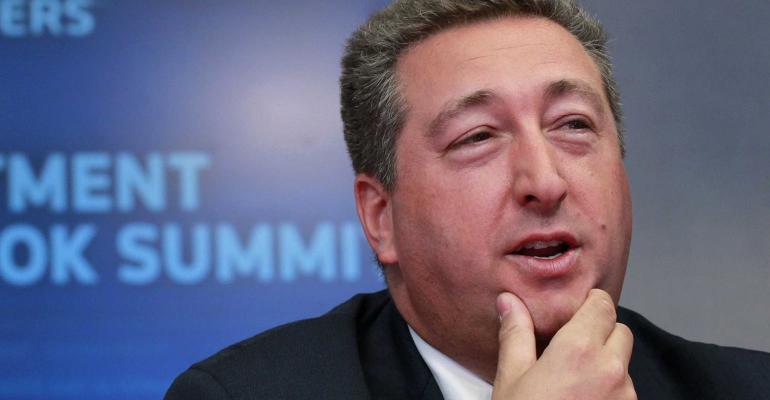 Q&A with Barry Ritholtz on Growing an Advisory Business

Matt Hougan of Inside ETFs speaks with Ritholtz on the behavioral biases of investors, the need for flesh-and-blood advisors and why lowering fees for “well-behaved” clients makes sense.

Barry Ritholtz is a legend in the financial advisory business. The chairman and CIO of Ritholtz Wealth Management, he is the creator of The Big Picture, one of the earliest financial blogs on the Internet. A featured columnist for the Washington Post and creator of Bloomberg’s “Masters in Business” podcast, he has been named one of the “15 Most Important Economic Journalists” and one of “The 25 Most Dangerous People in Financial Media.”

Ritholtz is one of many keynote speakers at the forthcoming Inside ETFs conference, taking place January 22–25 at The Diplomat Beach Resort in Hollywood, Florida. Inside ETFs is the largest ETF conference in the world, attracting more than 2,000 attendees for three-and-a-half days of hard-hitting keynotes, panels, networking discussions and more. The show is on pace to sell out, but registration is still available today.

Ritholtz sat down recently with Inside ETFs CEO and new Wealthmanagement.com columnist Matt Hougan to talk about how advisors can improve investor returns and dramatically grow their businesses.

Hougan: You’re coming to Inside ETFs to talk about the behavioral aspects of investing. Why are most people so bad at investing, and why does that matter to advisors?

Ritholtz: The short answer is you’re not built for investing. The human brain evolved over the past few million years to keep you alive in a challenging environment.

It is the simple fight-or-flight response. When you’re confronted with something that is a challenge to your survival, your body goes through a whole bunch of changes—your heart rate speeds up, your breathing speeds up, your pupils dilate. You get all amped up and ready to either fight or run away. That’s a very good thing when you’re confronted with a mortal threat. But when you’re in a stock that fell 20 percent because they pre-announced bad earnings, that panic mode is not good at all. You have to make an intelligent, rational decision. That doesn’t align with the fight-or-flight response. People just aren’t wired to succeed in the capital markets.

Hougan: There are countless studies showing that people are losing their shirts thanks to behavioral problems. They lost 3 percent, 4 percent, 5 percent a year. Why isn’t it the number one thing people talk about when they talk about investing?

Ritholtz: Well, you know, the studies show people spend more time selecting a refrigerator than they do planning for retirement.

There are a lot of reasons people don’t take it seriously. Generally speaking, when we’re young and working, we don’t like thinking about our future elder selves. We don’t like to think of our mortality. That’s part of it.

The other part of it is, there are times when investing is fun and sexy. I am old enough to remember the 1980s and 1990s when investors were earning 18 percent a year. Everyone was having fun. I remember a discount broker commercial with the trucker who had a picture of a deserted island on his dashboard. He picks up a stranded motorist and the motorist says, “So that’s your vacation spot?” And the trucker says, “No, that’s my island—I own it. I just drive this truck for fun.”

That “hey everybody, we’re all going to get rich” mentality makes it a bit of a game and a Vegas casino and it’s very exciting with flashing lights and everything.

But the reality is good investing is very boring. You do very little. The studies show the less you do, the better.

What we tell people is that the optimal portfolio is not the one that will generate returns; it’s the one that you will stay with. If you look at a portfolio that combines value and growth, over 10 years, it tends to beat the market handily. But it also has major drawdowns of 10 percent or 20 percent or 30 percent, and people can’t stick to it.

You have to find the portfolio that will be the best fit for you. Think about how many people woke up in March 2009 and thought, I just can’t hold anymore and they puked out their positions. How are they feeling about that today?

What you come to realize is that your own behavior as an individual investor is far more important to your ultimate returns than your stock-picking prowess or perfect market timing or what hedge fund managers you know. People are really bad at those things, and even the people who are good are not consistently good over time, after fees. You can control your behavior and you can’t control the markets or time the market.

Hougan: But as an advisor, what do you do when people call you in a panic? For instance, they must have called you in a panic when Trump was elected and Dow futures pointed down 700 points. What did you do?

Ritholtz: I learned a long time ago that an ounce of prevention is worth a pound of cure, so we are very proactive as a firm. We start educating clients before they are even clients. We ask them questions in the onboarding process, and we message to them consistently.

The presidential election was a perfect example. We knew people were going to freak out, so on Wednesday morning we had a communique ready to go that we emailed out to clients. We told them we had reviewed this situation carefully. We said that we had studied the historical impact of not only elections but geopolitical surprises over time. We showed them the history of what happened during the bombing of Pearl Harbor, the Nixon resignation, 9/11 and so on.

And when you look at that history, you see that what typically happens is that markets wobble in reaction. They trade down sharply, revert sharply and then the markets sort of forget about it and go back to what they were doing. If you look at the Kennedy assassination, the markets were in the middle of a big bull run. When the assassination happened, the market sold off hard, then snapped back hard, and then went on doing what it was doing. That’s true in the other “crises” as well.

The reason is very straightforward. The economy and what markets actually do is much bigger than any one geopolitical event. The U.S. economy is $17 trillion a year. The day after the election, everyone got up and did their same things they did the day before. They took kids to day care; they bought coffee; they drove to work.

Markets discount future cash flow and earnings. Whether Trump is president or Hillary is president, it won’t have much of an impact on U.S. companies as a whole. You might find specific sectors where the president has an impact—maybe Mexico is impacted if we build a wall or something—but the market as a whole basically does what it’s going to do.

Politics just don’t have a lot to do with investing. If you put a chart in front of a client and ask them to pick out Pearl Harbor or Nixon or 9/11, you can’t see them on a long-term chart.

Hougan: One thing that gets a lot of press when you talk about the behavior gap is robo advisors. There is a belief that robo advisors will lose out to human advisors because they can’t provide the kind of hands-on counsel needed to close that behavior gap. Do you think that’s true?

Ritholtz: Robo advisors are really good at providing a low-cost algorithm to create a broad asset allocation model that you don’t have to worry about. That sort of advice has been unavailable to people with under $1 million (and certainly unavailable to people with less than $250,000). So robos are a vastly better alternative than throwing people to the wolves and letting them fend for themselves.

However, you don’t get the sort of proactive advice and behavioral counseling traditional advisors can offer. I don’t believe robos can offer that. That’s a value that individual advisors can add.

Vanguard, I think, wrote a paper arguing that advisors add about 300 basis points of value. About half of that came from the behavioral coaching side.

Hougan: Last question: You all recently lowered fees for loyal clients. Can you tell me about that?

Ritholtz: It wasn’t for loyal clients; it was for well-behaved clients. We are always looking to drive fees down, and it is sort of a balancing act. How do we keep our costs as low as possible and yet still keep the lights on and stay on the cutting edge?

I know a lot of advisors listening to this are asking, how do you run a business when you are charging advisors less and less? It works as long as you are adding assets. Our business is very scalable—you can add hundreds of millions of dollars without adding much cost. The response from clients on the change has been phenomenal.

Hougan: Any last thoughts or words you’d give to our audience?

Ritholtz: Yes. Earlier this week we had our own conference in New York City, and Charley Ellis [the founder of Greenwich Associates and author of Winning the Loser’s Game] was giving a talk. He said to the audience: At this point in time, with the technology and data that exist, the competition for outperformance is so overwhelming that the way advisors are going to make a difference is not by finding that one magic mutual fund that will beat the market, it’s by providing solid financial advice to people who aren’t getting it.

People are bombarded by financial nonsense from TV shows and click-happy websites. If you can provide sage counsel to people who really need it and are not getting it, you are going to make a substantial difference in these people’s lives and that, professionally, is a very exciting thing to do.