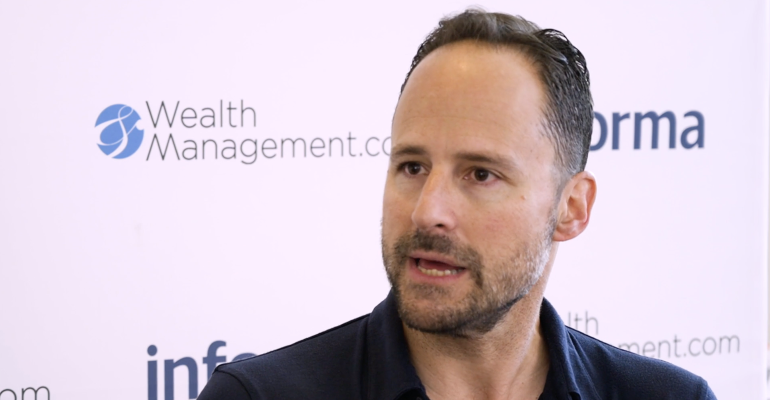 Matthew Tuttle's ETF lineup was acquired by AXS Investments. He'll no longer serve as portfolio manager of SARK and more than two dozen other funds.

(Bloomberg) -- The man behind the infamous ETF shorting Cathie Wood’s flagship strategy is no longer in control of the fund after splitting from the firm he joined just seven months ago.

Matthew Tuttle’s exchange-traded fund lineup, which includes the $344 million AXS Short Innovation Daily ETF (ticker SARK), was acquired by AXS Investments LLC earlier this year as part of the firm’s aggressive expansion bid. As part of the tie-up, Tuttle, chief executive of Tuttle Capital Management, was brought on as managing director. Effective Wednesday, he will no longer serve as portfolio manager of SARK and more than two dozen other funds, filings show.

“We just thought it was time to move on,” Tuttle wrote in an emailed statement. “TCM has an aggressive ETF launch plan for next year, both our own products and products in collaboration with partners. We also want to build out our outsourced trading business.”

It’s an interesting wrinkle for SARK, which Tuttle launched under a year ago to near-instant notoriety since it’s designed to track the inverse performance of the $7 billion ARK Innovation ETF (ARKK), one of the pandemic era’s highest fliers. Now, as inflation soars and interest rates rise, SARK is one of 2022’s best performers with year-to-date returns of roughly 66%.

“Tuttle’s role at AXS was to support the transition of the fund acquisitions by AXS, which was seamless and which has now been fully integrated into the AXS organization,” an AXS spokesperson said. “As part of the agreement around the acquisition, going forward Matt will be continuing in his role with Tuttle Capital and we wish him well in all his future endeavors.”

In addition to SARK, Tuttle is stepping away from AXS’s suite of single-stock ETFs, which were the first such US funds to launch. Parker Binion and Travis Trampe are now managing those funds. Trampe is one of several recent AXS hires, and the firm is continuing to build out its “its fund lineup and key personnel,” the spokesperson said.