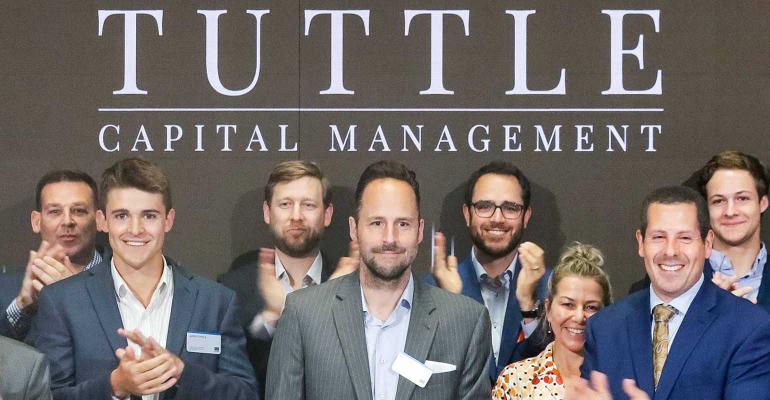 The creator of the "Short the ARKK" fund shares his views on the economy, the stock market and SPACs.

Last November, the CEO of Tuttle Capital Management launched the Tuttle Capital Short Innovation ETF (SARK). Year to date, the fund has returned close to 100%, as the broader markets seem to be stuck in a prolonged sell off.

The fund is better known as "Short the ARKK." It is literally shorting the ARK Innovation ETF (ARKK) on a daily basis through swap exposure directly on ARKK. Swap contracts are derivatives similar to forward contracts.

Why choose to put ARKK in the crosshairs? Tuttle recognized a fund that got far out over its skies. It's run by Cathie Wood, the ETF Industry's appointed “it” portfolio manager. In 2020, at the height of the pandemic, ARKK invested in small technology stocks meant to be part of the disruptive wave of innovation that promised outsized returns for early investors. The fund rocketed 157%, according to Morningstar.

In an industry with few superstars, Cathie Wood stood out. Posting one of the best annual returns on Wall Street is enough to get people talking about you, but this was also a rare female portfolio manager, one who gives away her team’s research for free and speaks with a certainty about the coming waves of disruptive technology that give her a guru-like status among some investors.

She has many fans in the industry, but also many skeptics. Tuttle realized there was an audience for a portfolio betting against her fund. At the end of 2021, when SARK launched, the trend started to turn against ARKK. 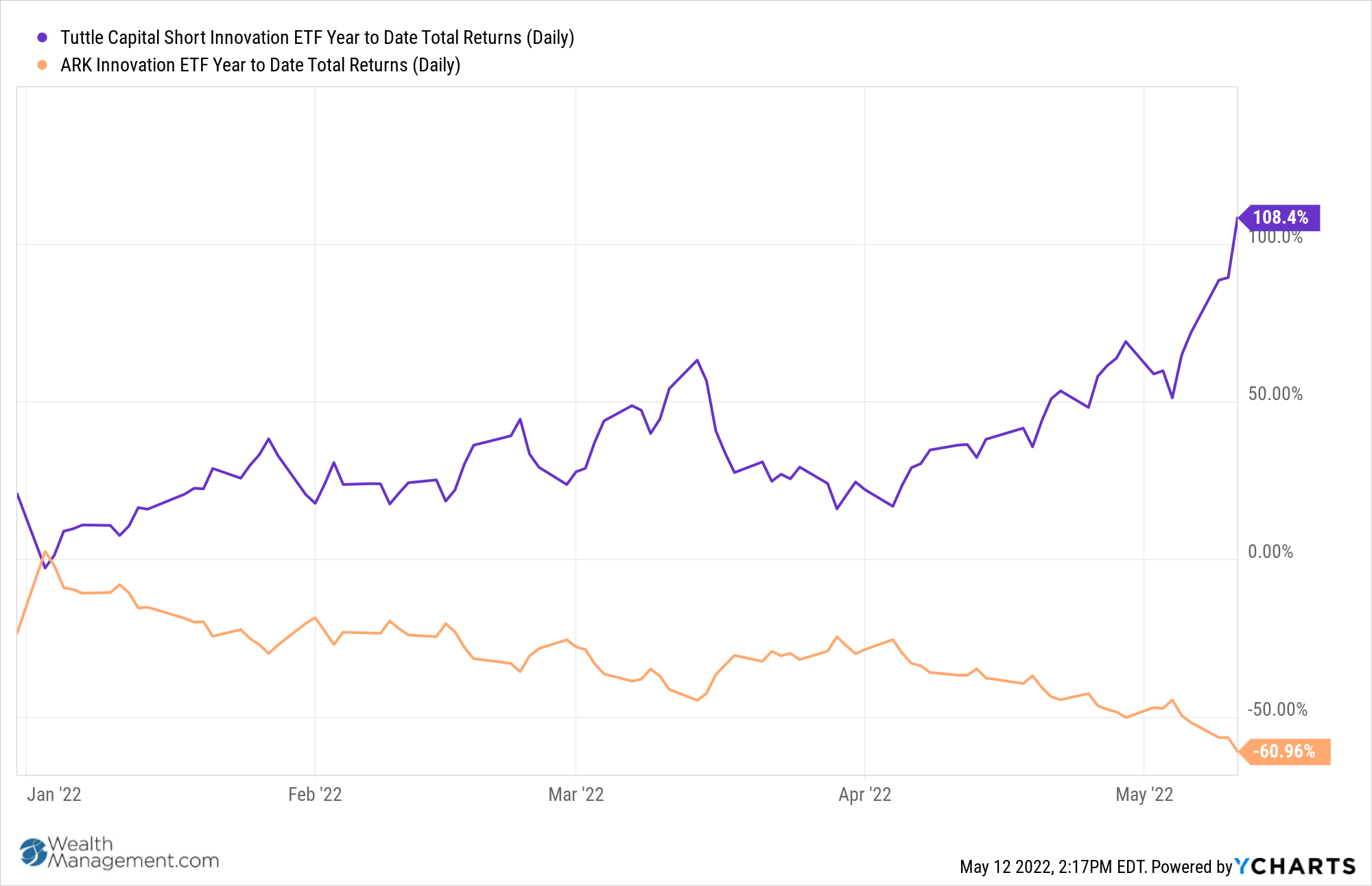 Tuttle's firm now has $600 million in assets under management, with SARK alone holding $400 million. In comparison, ARKK holds $9.2 billion, according to Morningstar.

I sat down with Tuttle at the recent Exchange conference in Miami Beach, Fla. We discussed SARK, his views on the economy, the stock market and his other funds.

WealthManagement.com: Why is SARK the ETF of the moment?

Matthew Tuttle: The Federal Reserve is raising interest rates and will be for a while. Interest rates are kryptonite to the types of companies that ARKK is investing in, speculative, unprofitable technology. We saw what was going on with the Fed. We knew they were going to raise rates and that the market was overdue for a correction. While it's bad for Apple, Amazon and Microsoft, it's really bad for Zoom and (virtual-health company) Teledock. (Editor’s note: On April 28, Teledoc’s Teledoc's stock plunged 47% on a bad earnings report. It's one of ARKK's top holdings.)

If you're worried about the market, and quite frankly you should be, this is a good way to hedge your portfolio, because the overall trend is down, and that's a not good sign. I believe this market sucks and I would rather be short the market and own SARK.

Growth and speculative stocks keep getting killed. Then last week, they took everything out and just crushed it. Utilities and consumer defensive stocks had been hanging in. Now, they are not.

MT: A few weeks ago, there were still pockets. You could buy utilities, consumer defense, energy, commodities and gold. But right now, there's nowhere to go, all of that stuff is getting hammered. And the traditional ETF hedges aren't great. You've got inverse S&P 500 and the inverse NASDAQ. I think we're in a bear market and that it's going to get worse. In a bear market they will do well, but at the end of the day, you're still in the best of the best stocks. Whereas with SARK, you're in the speculative stuff. And if this market continues to sink, the speculative stuff is going to get hurt more than Apple and Microsoft. How many innovative companies from 1999 are no longer with us? It's a lot.

WM: Do you think we're entering a recession or is this all interest-rate related?

WM: Let's jump to another speculative market. Three of your ETFs track the market for SPACs (special purpose acquisition companies). SPACs are pools of capital that list on a stock exchange with the purpose of merging with a private company in order to bring it public without an initial public offering. The Short De-SPAC ETF (SOGU) shorts another Tuttle fund, the De-SPAC ETF (DSPC), which is a pure-play index fund of post-merger SPACs, such as electric-vehicle company Lucid Group.  SOGU is up 41.4% year to date, according to Morningstar.

MT: There was a bubble in the SPAC market. Investors were looking at SPACs the same way they looked at meme stocks. Anytime a SPAC announced a merger, it popped. It was crazy. I think the SPAC market sentiment is awful and for a good reason. On the pre-merger side there are too many SPACS looking for deals and not enough deals. So, you're going to see some SPACs liquidate which means, they give shareholders back their money. It's not a bad thing, but from a PR standpoint, it's not a good look.

Another reason is you're going to see a lot of them desperate to make a deal and they will make crappy deals. They will buy companies that are just awful and from a PR standpoint that's not a good look, either. Deals came public at $10 and now they trade for $2, like Lordstown Motors. Eventually, you'll be left with a few guys who got the best deals and will dominate the market.