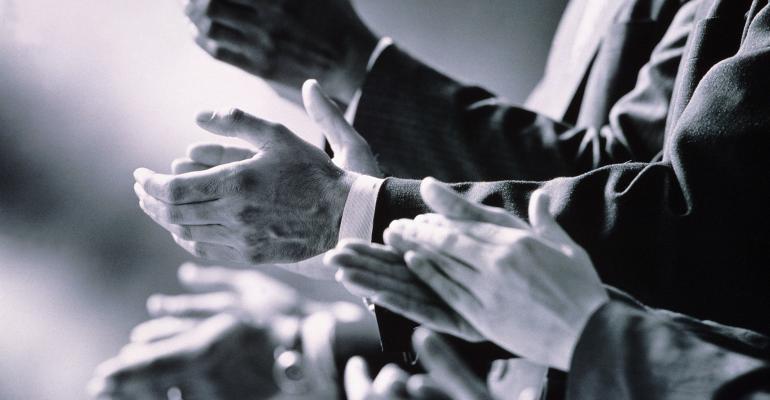 While active ETFs represent just 3.5% of the U.S. listed ETF universe, they are increasingly being viewed as sound investments.

This week, ETF industry website ETF.com held its annual awards ceremony to recognize the best ETFs for 2020 according to an independent panel of third-party research providers and asset owners. These are not sponsored awards, making winning one even more valuable. CFRA Research is one of the firms that served as a judge, using our forward-looking star rating methodology, proprietary ETF flows data and other market insights to sort through the candidates. While our picks were only sometimes the winner, one key takeaway was that actively managed ETFs have gained acceptance, despite remaining a small slice of the market.

ARK Innovation ETF (ARKK) was chosen as the ETF of the Year. ARKK combines a variety of long-term investment themes, including industrial innovation, genomics and fintech, into one actively managed and concentrated ETF. The fund rose 150% in value and pulled in $9.6 billion of net inflows in 2020 to end the year with $18 billion. Despite the strong run in 2020, ARKK looks favorable to CFRA, earning a five-star rating with relatively high reward potential and risk mitigation scores. While the fund’s stake in Tesla is well known, the fund also has CFRA Buy recommended Spotify Technology and Teladoc Health within its top-10 holdings. ARKK stood out to the ETF.com awards selection committee in a field of index-based ETF finalists.

American Century Focused Dynamic Growth ETF (FDG) was selected as the best new active ETF of 2020. While ARKK and some other actively managed equity ETFs have been trading for a few years, FDG’s launch in early 2020 was novel as American Century was the first firm to offer semitransparent active ETFs. FDG and a sister offering, American Century Focused Large Cap Value ETF (FLV), began trading at the end of the first quarter, providing full holdings on a quarterly basis much like an actively managed mutual fund. FDG earns a four-star rating from CFRA, based primarily on its reward potential, which is aided by key stakes in Alphabet, Amazon.com and Visa. Recent top-10 holdings comprised 51% of assets.

Related: The Year of the Active ETF

CFRA is well equipped to support investors willing to look at relatively new ETFs. With a focus on the securities inside and fund costs, not just past performance, CFRA has star ratings on more than 260 ETFs that first began trading in 2020. With the ability to compare the risk and reward potential of new funds like DFAI, ECOZ, FDG and other new entrants with more established ETFs, we are helping clients identify funds early in the life cycle. Investors no longer wait three years before buying an ETF, as used to occur with mutual funds.