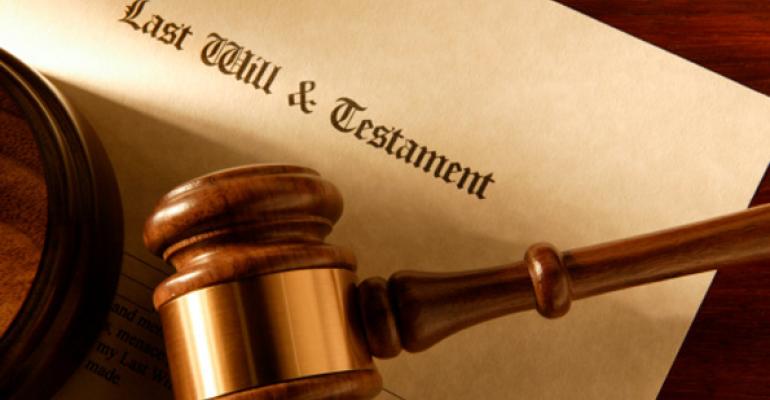 Where There’s a Will, There’s an Executor

Ask if you can see a job description

There’s a saying that’s been around in various forms for at least 150 years. My source for this version is Phrases.org.uk, and the saying is: Revenge is a dish best served cold.

For movie fans, that maxim shows up in The Godfather and again as a Klingon proverb in Star Trek II.  Certain people in the political world appear to have made it one of their Ten Commandments.

But—do you think it ought to have any place in estate planning?

Last fall, on one of the Purposeful Planning Institute’s LinkedIn groups, a question was posed:  “What do you say to the client who says, ‘I don’t want to let my daughter get full control of what I leave her until she turns 75?’"

A lively thread of comments followed.  Some debated the value of “open” versus “closed” estate planning, which centers on the question of whether to invite the children to participate in the planning process.

My take?  Absent a loving explanation to the contrary, I could imagine the daughter in question feeling as if her parents’ estate plan was some sort of revenge, no matter their true intent.

Regardless of where we stand about open versus closed estate planning, I don’t detect controversy about working toward better communication with fiduciaries that are named in the documents.

Estate plans routinely designate executors and trustees, and the designation can be made many years before the named individual is asked to step into the role. In other words, at a time when things are emotionally “cold.” And most often, the attorney drafting the estate plan gives little explanation of the day-to-day realities of being an executor or a trustee to those individuals who’ve agreed to be named.

My friend Sarah called me the other day seeking advice. Years ago, she was named executor in another friend’s will.  When asking Sarah’s permission to designate her, her friend explained that she didn’t have candidates other than friends.  She had no children of her own and was alienated from her nieces and nephews.  Sarah wanted to accommodate her friend, so she gave it little thought before agreeing to act as executor.

Sarah’s friend died last week at the age of 79.  The estate in question is a mix of assets and moderately disorganized records, with nieces and nephews already making demands.  Nothing out of the ordinary there.

Now see things from Sarah’s vantage point. For the first time, she’s confronted with the complexities and time commitment faced by an executor. She’s experiencing emotional turmoil—weighing loyalty to her friend’s wishes against the demands of her life today.

Sarah has a full-time career and her own family to tend to.  She’s already very busy as it is.  What seemed a non-cosmic decision years ago is today anything but humdrum.  In fact, she’s wondering whether to decline appointment.

Sarah approached me to help sort out her thinking.  I don’t know what she’ll ultimately decide. But she did tell me that—had she known then what she knows now about the reality of being an executor—she would have weighed her decision more thoughtfully.

She especially wishes that her friend’s attorney had taken the time to speak with her in some detail at the time the will was drafted.

One of my favorite stories in TrustWorthy is “Going Beyond Easy.”  The storyteller is a partner at an accounting firm. He agrees to be named successor trustee of a trust for the benefit of a client’s daughter.  The client is the current trustee.

Ten years later, the storyteller has moved on in his career and left public accounting.  He gets a call.  He learns that the former client has passed away. Will he accept appointment as successor trustee?

The daughter, Susan, has a disability and can be difficult: “Her relatives painted not a pretty picture.  It seems a lot of people were afraid of her.  At that point, she was in her forties.”

He accepts appointment.  It’s now five or six year since his client died.  His relationship with Susan is going well: “The experience has, in certain ways, been a rollercoaster. When we started, I had no idea how to deal with someone who had so few social skills and who reacted with volatility and anger.”

He concludes: “Looking to the future, I am concerned about how I will find someone who will take care of Susan and not shut her out when she needs someone to talk to. Being a trustee is not for everyone…”

Being an executor or a trustee isn’t for everyone.  And if the fit isn’t good, it may at times feel like some sort of “revenge”—to executor, trustee and beneficiary alike!

Better that a proposed fiduciary be given adequate knowledge—whether at a meeting or in writing—to make an informed decision.  And that information is best served “cold,” at the time the documents are being drafted, rather than waiting until the emotion-laden period following a death.