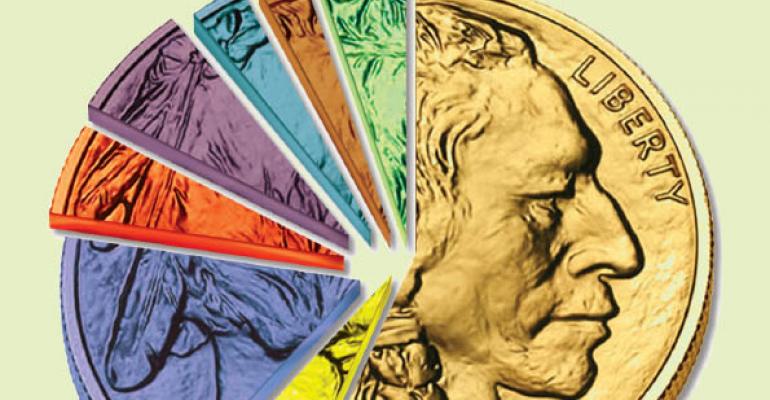 Developments in state estate and inheritance taxes after the ATRA

Before the enactment of the American Taxpayer Relief Act of 2012 (ATRA), the federal credit under Internal Revenue Code Section 2011 would have returned in 2013, but ATRA eliminated the credit and left the states on their own as to estate tax.  ATRA extends the deduction of state death taxes under IRC Section 2058 from the federal estate tax base for 2013 and later years, with no state tax credit.

State death taxes will draw even more interest given the increase in the federal applicable exclusion.  For an update on thinking about state death taxes as affecting choice of residence, see Ebeling, Where Not to Die in 2013 (Forbes 1/28/13).

A complicating factor after ATRA is the uncertainty of the reaction of the states to the higher applicable exclusion, for example, the elimination, reduction or enhancement of state death taxes. The trend following the enactment of Economic Growth and Tax Relief Reconciliation Act of 2001 was an increase in the number of states imposing state estate taxes. See Yablon, Defying Expectations: Assessing the Surprising Resilience of State Death Taxes, 59 Tax Lawyer 241 (Fall 2005).  The opposite tendency seems to be occurring after ATRA.

A listing of all states then imposing state estate and inheritance taxes is in Lohman, Backgrounder: Estate and Inheritance Taxes in Connecticut and Other States (OLR Research Report 8/27/2009), with tabulations of thresholds and rate brackets.  This paper provides background on the historical relationship of state and federal death taxes.

A comprehensive review of the history and then status of state estate and inheritance taxes can be found in Dromsky-Reed, Harding & Smolen, State Death Taxes in Uncertain Times (ABA RPTE 2010).

Garber, State Estate Tax and Exemption Chart, provides a list of state estate tax exemptions from 2009 to 2014, with a summary of changes in recent years.

A number of states have recently repealed their state estate or inheritance taxes:

North Carolina:  H. B. 998, passed by the Legislature in July 2013, repealed the NC estate tax for estates of decedents dying after January 1, 2013.  The North Carolina estate tax lapsed in 2010 because it was tied to the existence of a federal estate tax, but it came back for 2011 and 2012. See Greg Herman-Giddens, North Carolina Estate Planning Blog (2/27/2010) for further discussion.

Ohio: The Ohio Estate Tax was repealed for estates of individuals dying on or after January 1, 2013 by House Bill 153, 129th General Assembly.

Other states have revived or extended their state estate tax:

Delaware:  HB 51 (signed 3/28/2013) eliminates the four-year sunset provision that originally applied to the tax as enacted in June 2009 and extends the Delaware state indefinitely.

The pro forma computation of the taxable estate and the federal estate tax is required (2009 Form 706 unless stated otherwise) in CT, DC, DL (implied through reference to “current” form), HI, MA (pro forma July 1999 Form 706), MD, ME, MN, NJ (2001 pro forma Form 706), NY, OR and VT.  Jurisdictions in which data is entered independently of the federal Form 706, with the taxpayer given the option of reporting data on a pro forma Form 706, are RI and WA.  RI does want its Computation of Tax worksheet (Page 22 of Form RI-100A) filed and prefers that its version of Schedules T and U be filed, rather than the federal version of these Schedules.

A tendency in 2013 seems to be to increase the state threshold/exemption amounts or tie them to the federal Applicable exclusion.

As of 2011, Hawaii and Delaware administratively adopted the unusual technique of deducting the exemption amount from the taxable estate before calculating the tax.

The state estate taxes of New Jersey, Washington, Connecticut and Rhode Island are computed on the basis of state statutory tables and were unaffected by the lapse of the federal estate tax for the year 2010 or the changes in ATRA 2012.  For a discussion of the RI tax, see Garber, Estate Taxes by State - Understanding Rhode Island Estate Taxes.

A further issue is whether the interrelated calculation (when the state estate tax is charged to the marital deduction) for the amount of the state estate tax should be made based on the actual federal estate tax, as currently calculated, or the hypothetical federal tax that would be calculated on the basis of the pre-EGTRRA Code.  It is the understanding of the author that the hypothetical tax calculation is applied in NJ, is not being applied in MA (although technically applicable), is being addressed by RI and might be applied in OR. The hypothetical tax method (not calculated by IEP) would produce a larger state estate tax than the method using the actual current federal tax in most instances.  See Covey & Hastings, Recent Developments 2005, 40 Heckerling Estate Planning Institute (2006). The year 2010 federal changes add yet another layer of complexity to the already labyrinthine relationship of state estate taxes to the federal estate tax, as examined in Covey & Hastings, Recent Developments in Transfer and Income Taxation of Trusts Estates and State Trust and Estate Law, 42 Heckerling Estate Planning Institute (2008).  Another resource on this issue is and Mahon, “Tax on a Phantom Tax,” June 2009 Trusts & Estates 10.

Multi-state property holdings by the client further complicate planning for control of state estate/inheritance taxes.  The decoupled states of CT, DC, IL, HI, MA,ME, MD, MN, NY, OR, RI, VT and WA, in their returns for 2013, typically apportion their estate tax between resident and nonresident states by a percentage of the gross estate having a tax situs in each.  TN uses this percentage treatment to apportion the TN exemption, rather than apportioning the TN tax.

Elimination of the easily applied federal credit for state estate taxes continues the confusion, complication and intricacy of state estate and inheritance taxes.  They continue to add a complicating and geographically asymmetrical factor to estate planning.

Trusts & Estates magazine is pleased to present the monthly Technology Review by Donald H. Kelley—a respected connoisseur of the software and Internet resources wealth management advisors use to further their practices.

Kelley is a lawyer living in Highlands Ranch, Colo., and is of counsel to the law firm of Kelley, Scritsmier & Byrne, P.C. of North Platte, Neb. He is the co-author of the Intuitive Estate Planner Software, (Thomson – West 2004). He has served on the governing boards of the American Bar Association Real Property Probate and Trust Section and the American College of Tax Counsel. He is a past regent and past chair of the Committee on Technology in the Practice of the American College of Trust and Estate Counsel.

Trusts & Estates has asked Kelley to provide his unvarnished opinions on the tech resources available in the practice today. His columns are edited for readability only. Send feedback and suggestions for articles directly to him at [email protected]