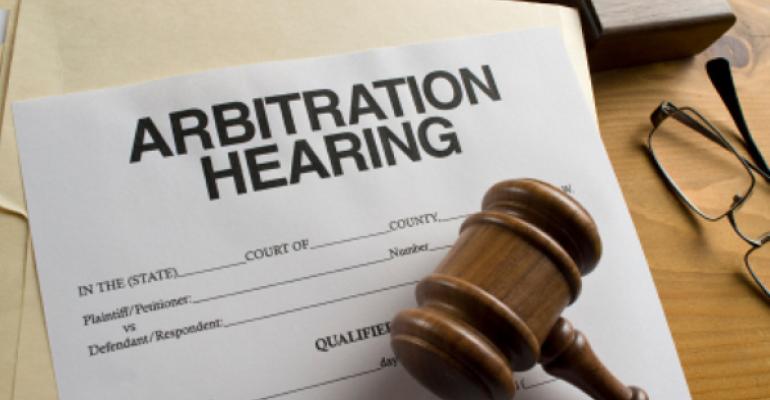 An emerging issue that practitioners must contend with

Because arbitration is often faster, cheaper, private and more convenient than litigating disputes in court, mandatory arbitration clauses have long been a mainstay in a variety of commercial contracts.  Additionally, the parties’ ability to choose an arbitrator with expertise in the particular area of law at issue often adds significant benefit. In the context of commercial contracts, however, there have been concerns over potential bias in favor of “repeat customers”—that arbitrators might find for the company perceived as likely to arbitrate more cases down the road or regularly come out against individual consumers who are unlikely to litigate additional arbitration cases in the future.  Despite these concerns, the widespread use of arbitration provisions in commercial contracts at this point is firmly established.

Like commercial litigation generally, the unfortunate reality is that despite a grantor’s best intentions, litigation arising between beneficiaries and trustees is often long, drawn out, and extremely expensive.  In fact, such litigation is often intertwined with highly emotional inter-family disputes, making settlement and early resolution less likely.  And although the same time, expense, convenience, privacy and need for decision makers with specialized knowledge is just as great in the world of trust litigation, mandatory arbitration clauses have never gained the same popularity in trust agreements as in commercial contracts.  This is somewhat surprising, especially given that the concerns over potential bias in favor of regular customers wouldn’t arise nearly as often in the trust litigation context.

In recent years, however, arbitration clauses have finally started making their way into trust agreements.  The big question that remains unanswered, however, is whether they’ll be enforced.  In fact, there are very few precedential decisions or statutory provisions on the subject out of any jurisdiction nationwide.

In 2007, Florida became the first state to enact a law expressly governing enforcement of mandatory arbitration clauses in trust agreements.  Florida’s statute provides that: “A provision in a will or trust requiring the arbitration of disputes, other than disputes of the validity of all or a part of a will or trust, between or among the beneficiaries and a fiduciary under the will or trust, or any combination of such persons or entities, is enforceable.”  (Fla. Stat. Ann. Section 731.401.)  Thereafter, Arizona followed suit and enacted a provision in its trust code authorizing a trust agreement to “provide mandatory, exclusive and reasonable procedures to resolve issues between the trustee and interested persons or among interested persons with regard to the administration or distribution of the trust.”  (A.R.S. 14-10205 (2008)).

State appellate courts in Arizona and California have each previously applied a bright-line distinction between a “trust” and a “contract” and concluded as a result that an arbitration provision in a trust agreement isn’t enforceable under the Federal Arbitration Act and/or the relevant State’s Arbitration Act.  Each of those decisions has since either been superseded by statute (for example, the Arizona trust code provision discussed above) or vacated and remanded for reconsideration in light of new precedential authority not directly related to trust litigation.

Most recently, the Texas Supreme Court weighed in on the debate in Rachal v. Reitz, 403 S.W.3d 840 (Tex. 2013), when asked to determine whether federal and state policies favoring arbitration rendered a mandatory arbitration clause in an inter vivos trust enforceable against the trust beneficiaries.  The Rachal court held that such clauses are enforceable.

The facts underlying the Rachal case are quite simple.  The settlor, Andrew Reitz, established the trust in 2000 naming his two sons, James and John, as the sole beneficiaries.  Reitz himself served as trustee until his death, at which time the trust became irrevocable and Hal Rachal, the attorney who drafted the trust, became the successor trustee.  The trust agreement contained a provision requiring arbitration of all disputes regarding the trust and the trustee.

After his father died, John sued Hal in Texas state court, both individually and as successor trustee, alleging that Hal had misappropriated trust assets under the terms of the trust agreement and failed to provide an accounting to the beneficiaries as required by law.  John sought an injunction to keep Hal from further violating the terms of the trust, Hal’s removal as trustee and damages for the amounts he alleged were misappropriated.

Hal moved to compel arbitration under the Texas Arbitration Act, which provides that a “written agreement to arbitrate” is enforceable if the agreement provides for arbitration of either an existing controversy or one that arises between the parties after the date of the agreement.”  (Tex. Civ. Prac. & Rem. Code Section 171.001(a)).

The trial court held that a binding arbitration provision must be the product of an enforceable contract between the parties and that such a contract doesn’t exist in the context of a trust because there’s no consideration and the beneficiaries haven’t assented to the arbitration provision.  A divided court of appeals sitting en banc affirmed the trial court’s ruling.

In a unanimous opinion, the Texas Supreme Court reversed the appellate court and concluded that the arbitration clause was enforceable against John for two reasons.  First, as the settlor, John’s father determined the conditions attached to his gifts, and the father’s intent in this case was to arbitrate any disputes over the trust.  Second, the Texas Arbitration Act requires enforcement of written agreements to arbitrate.  Although such an agreement requires mutual assent and a party typically manifests his assent by signing an agreement, the Rachal court recognized that assent may be proven by the beneficiary’s acceptance of the benefits of the trust and/or his suit to enforce the terms of the trust.  Applying the doctrine of direct benefits estoppel, the court held that John was bound by the arbitration clause.  While John could have disclaimed his interest in the trust or challenged the validity of the trust entirely, because he attempted to enforce rights that wouldn’t have existed without the trust, he was estopped from challenging the arbitration provision therein.

While there’s sudden newfound clarity in Texas with respect to this particular question, the state of the law remains wide open in the vast majority of states, as there are very few statutes governing enforcement of an arbitration clause in a trust agreement and virtually no published decisions analyzing whether such a clause is enforceable against trust beneficiaries.  Depending on the language of the particular state’s Arbitration Act and on the courts in that state apply doctrines of equitable estoppel, the Rachal opinion may prove to be very instructive for courts around the country if and when they’re faced with this issue of first impression in their jurisdiction.

In the interim, practitioners drafting trust agreements might consider alternative methods for ensuring that a settlor’s intent regarding arbitration is honored.  One option would be to attach an arbitration agreement as an exhibit to the trust agreement and include a provision stating that the beneficiary may not begin receiving distributions from the trust unless and until the beneficiary signs the arbitration agreement.  Another tactic might be to include a no-contest clause specifically stating that a beneficiary who refuses to arbitrate a dispute in accordance with the trust’s arbitration provision forfeits the right to receive any benefit from the trust.  While such a provision wouldn’t create mutual assent to arbitrate, it might go a long way toward deterring beneficiaries who would otherwise be tempted to try litigating disputes in court.

Additionally, practitioners, litigants, judges and arbitrators will need to consider the many procedural actions that arise in trust litigation that are rarely, if ever, employed in traditional commercial litigation and decide whether those actions are capable of resolution through arbitration.  For example, a trustee or beneficiary may petition the court for instructions construing the effect of certain trust provisions or may ask the court to construe the rights of parties who are unknown at the time of the proceeding, such as yet unborn beneficiaries.  It’s unclear whether an arbitrator could decide these types of proceedings even if mandatory arbitration clauses in trust agreements are deemed enforceable.