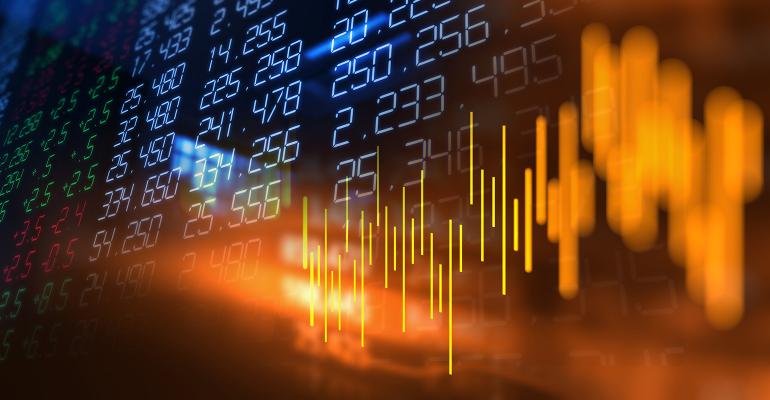 What an Updated Fiduciary Rule Means for Model Portfolios

While the DOL rule has languished, model portfolios thrived. And they’re not going anywhere.

The Department of Labor’s fiduciary rule is something of a never-ending story. As written, the proposed rule was straightforward: investment advisors should put their clients’ interests ahead of their own, not conceal any potential conflict of interest and clearly disclose fees. While desirable for everyone with retirement accounts, this rule came with an increased regulatory burden that encouraged advisors to consider alternative solutions such as model portfolios. Many firms embraced the rule as inevitable and adjusted their business models accordingly. However, after delays in the courts and changing priorities under former President Donald Trump, the rule was never implemented in 2017.

Now, with the Biden administration in the White House and Democrats indicating that stricter financial regulations are in the offing, questions about more robust fiduciary standards are rampant and have accelerated in recent weeks. This has the potential to drive further interest in model portfolios. But regardless of how regulations track from this point forward, we expect model portfolios to continue their rise.

The fiduciary rule debate goes back to the Obama administration issuing new guidelines that replaced the longstanding five-part test for determining who qualifies as an investment advice fiduciary. President Barack Obama championed expanding the concept of the fiduciary standard and demanding more transparency and accountability from anyone acting as an investment advisory.

The proposal gained momentum in April 2015, and the Office of Management and Budget approved the rule quickly, agreeing that what constituted investment advice required new legal and ethical standards. A year later, final rulings were issued, and the rule was on a path toward implementation.

But in February 2017, now former President Trump issued a memorandum to delay the rule’s implementation by 180 days. Subsequently, the Fifth Circuit Court of Appeals vacated the fiduciary rule in a 2-to-1 decision. The court held that that the DOL’s redefinition of the term fiduciary conflicted with the Employee Retirement Income Security Act (ERISA) and was an unreasonable exercise of administrative power. That iteration of fiduciary refinement never came to pass, but the prospect of such a rule has lingered and seems to now be re-emerging.

Years after the failed implementation of their last rule, the DOL announced that it will proceed on a path to a new iteration of the Employee Retirement Income Security Act (ERISA) “to be known as Rule 4.0 – with the potential to be more strict than 2016 Rule 2.0,” taking the place of Rule 3.0 which is set to expire December 20, 2021.

Today, back in control of the executive and legislative branches of government, many Democrats are anxious for stricter financial regulations following the former Trump administration’s loose policies. Included among them is U.S. Rep. Maxine Waters (D-Calif.), the House Financial Services Committee chair. Among current regulations, Waters is focused on overturning the Securities Exchange Commission’s Regulation Best Interest, which became effective in June 2020.

Reg BI was the SEC’s answer to the vacated DOL rule. It requires brokers to recommend investments strictly in the client’s best interests, beyond what Financial Industry Regulatory Authority Rule 2111 requires—that advice be merely suitable. Reg BI applies not only to current retail clients, but also potential clients. If a prospective client eventually opens a new account, any advice that client received during the process is subject to Reg BI. Waters and other Democrats don’t take issue with the spirit of Reg BI, they argue that the rule doesn’t go far enough. In their view, Reg BI rule “fails to require all financial professionals to abide by a strong, uniform fiduciary standard of care when providing investors with investment advice.”

In the very early days of the Biden presidency, talk of a federal fiduciary standard seemed a bit premature, but the administration now seem to be broadening their focus to include digging deeper into the best practices of the wealth management industry. Also, Biden’s appointment of Marty Walsh to head the Department of Labor could be telling. Walsh is the first union member to lead the DOL in more than 50 years, a stated point of pride for Biden. Workers’ rights are priority for both Walsh and Biden, so it is logical to expect a stricter approach to regulations for investment advice.

To comply with what was thought to be the inevitable implementation of stricter fiduciary rules, some of the major brokerage firms were going to effectively eliminate brokerage retirement accounts. Many firms even encouraged advisors to bring more robust fiduciary standard to all accounts, not just retirement accounts. Then, when the DOL fiduciary rule was vacated, it presented firms with an opportunity to return to their old ways of doing business. The question became, why implement a rule that was part of a law that never came to pass?

But when firms steered clients into advisory accounts in preparation for the rule’s implementation, many of them found a strong appetite for these accounts and defined strategies like model portfolios. Providing professional management and/or outsourcing the investment process benefits clients and advisors alike. Clients benefit from professional expertise, while advisors benefit from having more time to implement holistic interactions with existing and prospective clients. Firms also prefer fee-based accounts owing to the more predictable revenue stream.

Model portfolios’ assets under management (AUM) ballooned while the DOL rule languished. According to Broadridge data, model portfolio AUM reached $2.7 trillion in 2019. Between 2016 and 2019, model portfolio AUM rose 19% annually and is expected to more than double between 2019 and 2023. Exceeding the 2019-2023 growth estimate, model portfolio AUM grew to $4.1 trillion in Q3 2020 with 240 models being added in that quarter alone. Model portfolios are as dynamic as they are efficient. They’re multipurpose, equally adept at addressing client needs and creating space for advisors to scale their business strategically. And they’re increasingly accessible, offering a unique combination of attributes that can work on their own and in tandem to create dynamic investment opportunities for investors and their advisors alike:

Whether it’s a change to the fiduciary rule, a Reg BI rewrite or states like New York and New Jersey looking to implement their own conflict-of-interest rules, the regulatory landscape has brokerage firms encouraging fee-based client accounts. In addition, shifting client and advisor priorities demand strategies that can perform as markets shift amid COVID-19 era disruption. Model portfolios can help fill that critical need for clients and their advisors, as they make dynamic investment opportunities more accessible, manageable, and transparent.