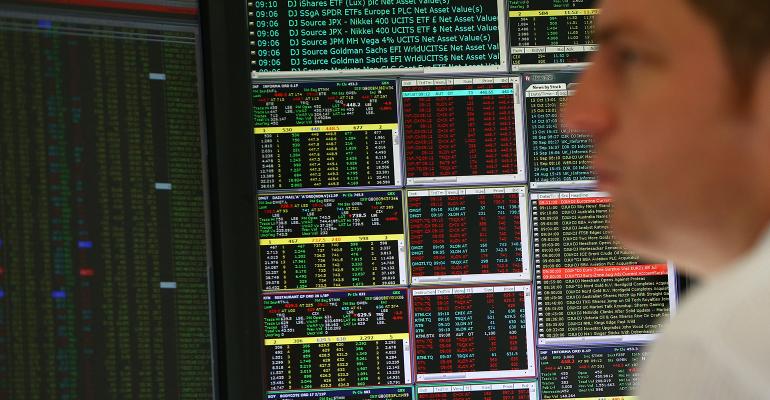 In an era of fee wars and exchange-traded funds, the popularity of model portfolios is exploding.

Known as model portfolio investing, it’s a booming corner of money management in which the likes of BlackRock Inc., Vanguard Group and Charles Schwab Corp. bundle funds into ready-made strategies.

It has been around for years, but in an era of fee wars and exchange-traded funds its popularity is exploding. So much cash is now invested that model adjustments are thought to be behind multiple record ETF flows. BlackRock, the world’s largest asset manager, describes them as “crucial” to its growth strategy.

“We’re seeing about a billion dollars per month coming in from models constructed and managed by BlackRock,” said Armando Senra, head of iShares Americas at the firm. Given how many of its peers are also in the business, that’s “just a small portion of our total model flows,” he said.

No one is sure exactly how much cash is now following these templates, but financial technology company Broadridge Financial Solutions Inc. estimates it had grown to $3 trillion by the end of the first quarter. A significant chunk is in ETFs, which form the building blocks of the new generation of portfolios.

Model rebalancing has been suspected in a series of dramatic flows recently, including record activity across a suite of Schwab funds in a single week in June. Industry participants also guessed they were behind huge flows in several BlackRock products, and one of Vanguard’s major stock ETFs.

“The liquidity and general flexibility of the ETF wrapper allows model managers to make sizable trades without disrupting the underlying markets -- in most instances,” said Ben Johnson, director of global ETF research at Morningstar Inc. “As ETF model portfolios grow larger, their influence on individual ETFs’ flows will grow commensurately.”

The boom is a reflection of an increasingly competitive world for both financial advisers and asset managers.

By promoting their own pre-packaged strategies to advisers, big money managers exercise more sway over which funds are recommended and where assets flow. And advisers can spend more time on areas of the business like client retention because they’re saved the headache of allocation.

The prefabricated portfolios can take any shape, so there are options for every need -- from equity-focused strategies to multi-asset packages to bundles optimizing tax efficiency or following so-called factors.

Historically, a model portfolio would typically have been created in-house at an advisory using a package of mutual funds. Strategies created by advisers still make up 53% of the market, according to Broadridge’s July report.

But more than 400 new portfolios have launched since 2018, according to a Morningstar analysis published this month. And financial advisers are increasingly drawn to third-party models because they help offload risk, according to Jillian DelSignore, principal at Lakefront Advisory and former head of ETF distribution for JPMorgan Asset Management.