Time to Abandon the Bull Market?

Our appetite for risk is waning.

I generally don’t like jeremiads (named for the biblical prophet Jeremiah); they’re long, mournful plaints, always predicting a downfall—Ole’ Jerry, he was a lamenter.

I’m not gonna try to throw any more cold water on our equity bull market. I’ve already pointed out indications that this market may have gone too far too fast.

No, it’s now time for the Economic Cycle Research Institute to weigh in. ECRI has been publishing indicators predicting change in the economy’s direction for years. And to good effect. Among other things, ECRI looks for cyclical forces that create vulnerabilities to recession. The ECRI model uses an array of more than a dozen leading indicators to generate its predictions.

One of ECRI’s proprietary indexes, the Weekly Leading Index, is now flashing red for the first time in more than 3 years. Specifically, the last two public releases of year-over-year change in the WLI have been negative. The last time the WLI growth rate slipped into the red was July 24, 2015. Weeks later, the S&P 500 was in correction territory with losses exceeding 10 percent. 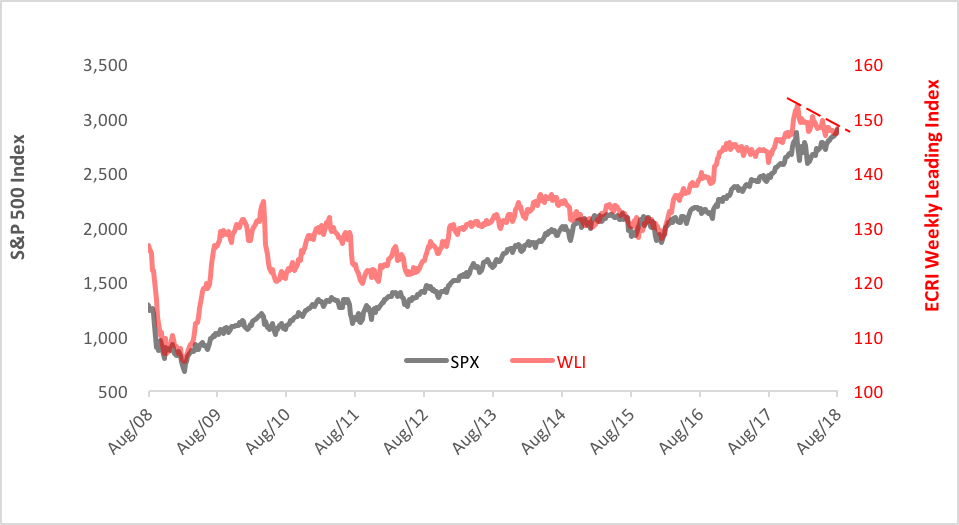 Ultimately, both the WLI and the S&P 500 rebounded to new highs. But that was then. This is now. Today’s market forces are vastly different.

After the sugar high of massive corporate tax cuts, we now find ourselves staring down the barrel of a potential trade war. Rumblings from Wall Street are getting louder as fears of the impact of tit-for-tat tariffs on earnings, growth and valuations mount. Goldman Sachs Group and JPMorgan Chase & Co. just added to the noise with prognostications of a bear market if the current administration’s plans to broaden its tariff policy, especially against China.

Despite recent advances in the S&P 500, investor enthusiasm is already showing signs of fatigue. Most particularly, stockholders’ taste for beta is waning. You can see this manifest in the divergence depicted in the chart below. 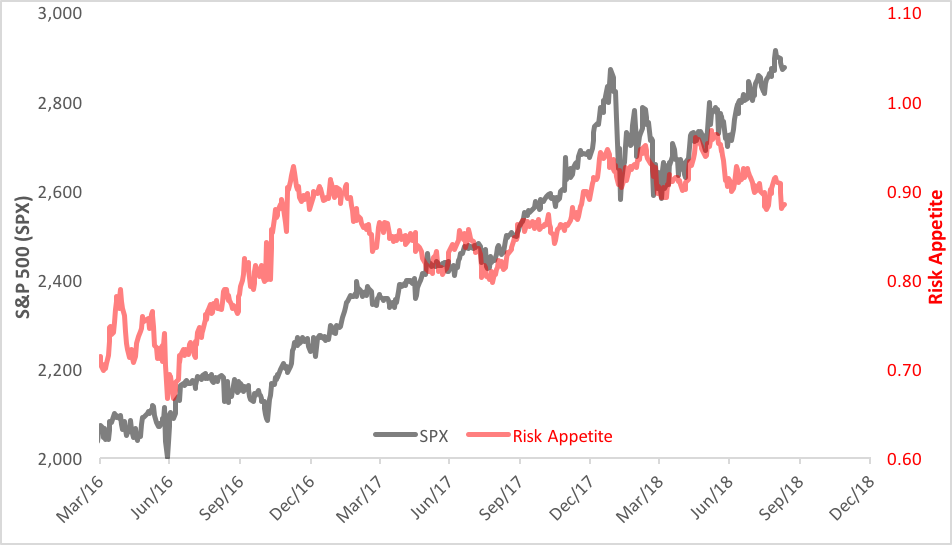 Is it time for investors to abandon the bull market and look for cover? Apparently, some already are.

Jeremiah is remembered for telling the Israelites to “Flee for safety without delay!” Just remember: He said it. You didn’t get it from me.