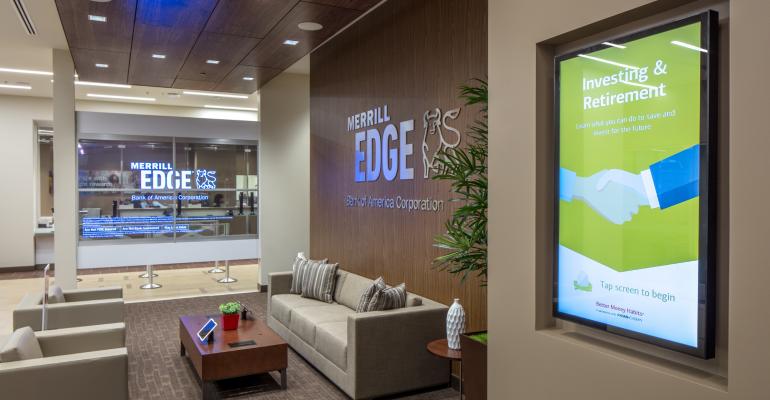 Ninety-five percent of Merrill Edge Self-Directed trades will now be commission-free, according to a company spokeswoman.

“We began offering zero-dollar trading 13 years ago as one of the many ways we reward clients for doing business with us,” said Aron Levine, head of Consumer Banking and Investments at Bank of America.

Raymond James also announced Monday that it would go to $0 commissions on stocks, ETFs and options for the registered investment advisors who custody with the firm, CNBC reports.

In addition to moving to zero-dollar trades for all members of the program, Merrill Edge Self-Directed clients not enrolled in Preferred Rewards will now get flat-rate pricing of $2.95 for online stock and ETF trades—down from $6.95—with no trade or balance minimums. Merrill Edge Self-Directed launched in 2010, and combined client balances across the company’s guided investing and self-directed platforms were approximately $223 billion as of Sept. 30.