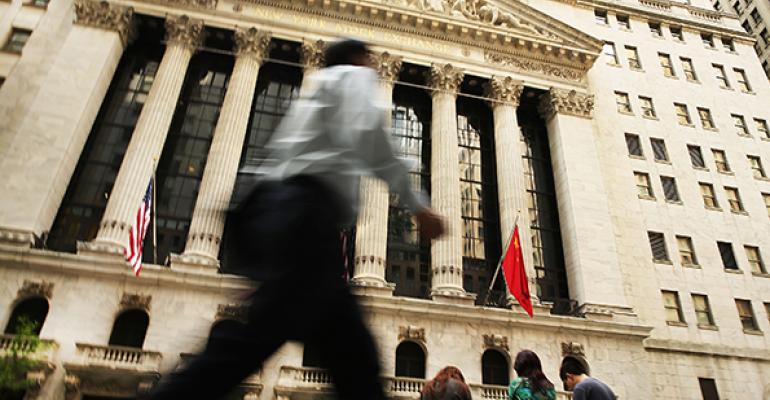 Smith: We Are All Zero Hedge, Not Just Wall Streeters

(Bloomberg View) -- There was a lot of excitement on the Internet recently after the pseudonymous administrators of the finance-media website Zero Hedge were unmasked. Zero Hedge has become known as a source of cutting-edge news, rumors and gossip about the financial industry, as well as a haven for gold bugs, foes of the Federal Reserve and critics of high-frequency trading.

My views on Zero Hedge have evolved over the years. At first I focused on its use of masculine imagery that seemed to encourage an attitude of risk-taking. Later, I criticized it for promoting some economic thinking that I don't like. But I've realized that the website is also something else -- a kind of support group for financial industry workers who are worried about their own economic future in the face of sweeping changes in technology, regulation and demand. Seen in this light, Zero Hedge isn't much different from the rest of America, or maybe even the developed world.

Basically, we are all Zero Hedge now.

One of Zero Hedge's consistent bogeymen is the high-frequency trading industry, or HFT. HFT uses many strategies, but one of its bread-and-butter profit sources is market making -- essentially, acting as middleman between buyers and sellers, and pocketing the spread between bid and ask prices. In markets where electronic trading is possible and products are relatively standardized, HFT algorithms have effectively replaced human market-makers.

Another way in which technology is threatening finance industry workers is the rise of exchange-traded funds (ETFs). These passive products allow and encourage investors to simply and cheaply diversify their assets, thus reducing the need for expensive brokers, salespeople and other human workers. ETFs and their cousins, index funds, account for a rapidly increasing slice of the money-management industry. Not surprisingly, Zero Hedge has also expressed deep skepticism of ETFs.

It isn't just technology threatening the financial industry, of course. New regulation, in the form of the Dodd-Frank Act, as well as the possibility of even more reforms, are causing sweeping changes in the industry's structure and threatening to squeeze much of its profits. Demand for many financial services, such as debt securitization, has also declined since the 2008 crisis.

All these pressures are adding up. Wall Street banks have been experiencing job cuts and bonuses have been reduced. No wonder finance workers are worried.

What do you do when your skill set gets overtaken by technology, regulation or shifts in demand? You can retrain for a different career. But it can take years, it's harder the older you get and there's no guarantee it will pay off. On top of which, your whole life will be disrupted. As we've seen after workers were displaced amid Chinese trade competition, retraining is usually slow and not always successful. As for automation, it might raise productivity at the national level, but for many individuals it's a huge source of fear and potential economic loss.

The financial industry is hardly the only industry where the value of workers' human capital is under threat. A 2013 study by Oxford professors Carl Frey and Michael Osborne concluded that 47 percent of U.S. jobs were at risk of automation. At the same time, the march of globalization leaves many industries uncertain about where they should locate their offices and factories. That doesn't necessarily mean workers will be left without jobs, of course -- society usually finds something new for many people to do, as it has in the past. But the difficult, expensive, emotionally wrenching transitions between careers represent costs that individual workers have to bear. And even if displaced workers get new jobs, there's no guarantee the work will pay as well.

So perhaps it's not surprising that Americans -- and workers in other developed countries in Europe and East Asia -- are feeling the pinch of anxiety. And for many people, it's easy for anxiety to curdle into anger. When threatened by deep, complicated shifts in technology, demand and government policy, it's natural to look for someone to blame -- some group or institution that has gained at our own expense. For Bernie Sanders' young, educated supporters, that enemy is the rich and their lobbyists. For Donald Trump's working-class supporters, it's immigrants, China and Mexico. For some people, it's Silicon Valley and its relentless disruption. And for many workers in finance, it's the Fed and its low-interest rate policies.

Sometimes the nefarious forces of darkness really are to blame for our troubles. But sometimes, all we're really doing is seeking scapegoats. In a world where so many things seem to be running amok, many of us look for easy explanations. But unless developed countries figure out a way to provide citizens with more economic security, we may see a lot more misdirected fear and anger.