/sites/all/themes/penton_subtheme_wealthmanagement/images/logos/footer.png
Recent
Recent
A Boom In Texting Spurs Latest Smarsh Acquisition
May 17, 2022
11 Must Reads for the CRE Industry (May 18, 2022)
May 17, 2022
Apple Delays Plan to Have Staff in Office Three Days a Week
May 17, 2022
Will Inflation Derail the Recovery in Restaurant Dining and Leasing?
May 17, 2022
Featured
The 10 Best and 10 Worst States in Which to Retire in 2021
Jul 15, 2021
Poll: 15 Classic Books on Investing and the Markets
Apr 03, 2020
Fifteen Must-Listen Business Podcasts for Advisors
Aug 14, 2020
Celebrity Estates: Jay Leno and Planning for Classic Car Collections
Feb 22, 2022
MY LIFE AS A CLIENT
brought to you by 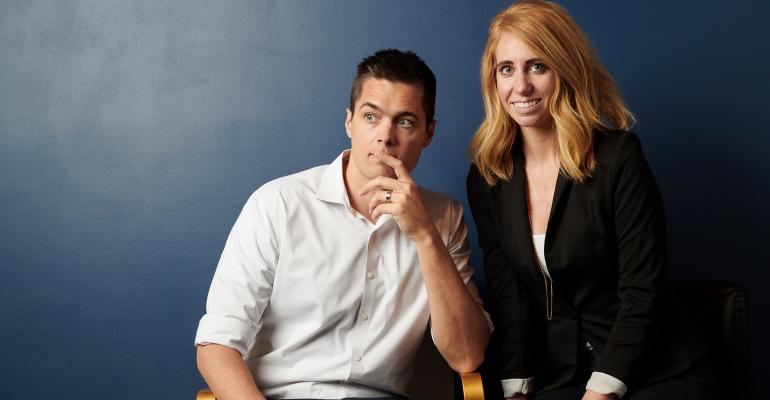 My Life as a Client: Two Advisors, One Firm

A husband and wife share their experiences with an advisor that didn’t work out and one who did.

What do your clients really think about the job you do? We spoke to Tim Brown, owner of Hook Agency, a web design and SEO firm in Minneapolis, and Bea Bonte, his wife and the firm’s social strategist.

About six months ago, I met a financial advisor from a large firm at a networking event for entrepreneurs. I talked to him about our marketing services. I don’t remember saying anything about needing a financial advisor. Nonetheless, we exchanged phone numbers. Over the next month he emailed once or twice. I thought he was a nice guy so when he texted me about coming over to my office for a meeting, I agreed.

But another advisor came with him. As it turned out, the person I met first was really the understudy and that this other guy led the meeting. So there was an immediate disconnect. My wife and I didn’t like the new guy’s style. It felt like a sales pitch, not a consultation. At the time, he was more focused on selling the next meeting than giving us valuable information. Even when we went over their services, he got on the topic of life insurance. I told him I already had some, but he kept pushing.

He then followed up once or twice more to set up another meeting to go over his plan. We met and, once again, he led the whole thing. He had this packet for us. It was detailed, but felt very generic as if they’d just thrown something together, and not customized. Besides, he got my wife’s name wrong.

At that point, I told him I’d like to correspond by email and then maybe set up a phone call to talk again. He never emailed me. He just called and called, about once or twice a week for about four weeks. By the third or fourth call, I started to cringe when I saw his number. Finally, he got the message and stopped.

He just wasn’t reading me correctly. I’m really not that passive aggressive. I’m clear when I don’t want something or it’s not the right time.

I’m focused on our business. My wife has more interest in personal finance, so she’s basically running that now, using someone she’d met.

About a year ago, I left a job and needed a place to roll over my 401(k). A friend referred me to an advisor. We met at his office, and we immediately clicked. I did the paperwork and didn’t need to talk to him after that.

Meanwhile, Tim met this other guy and we set up a meeting. Since marrying just two years ago, we hadn’t combined our accounts yet. He said we'd have to leave our present advisor so he could work exclusively with us. I was open to it: If it’s easier, then fine.

Then he became crazy pushy. He tried to get us to buy life insurance before we’d even said we wanted to work with him. Also, it was too soon to be telling us we’d been doing something wrong. Tim said this isn’t going to work.

Still we needed to start working with someone—just not that advisor. So I talked to my present advisor and said I wanted him to help us do our financial planning and take on our accounts. He was a lot more low-key. Nice and not pushy.

The weird thing is he’s with the same firm as the other advisor. (And, as it happened, I realized my parents had worked with the same advisory group.) Nevertheless, I didn’t think it was fair for them to take my account away from him.

He did a plan that was similar to the one the other advisors did, but he’d accessed my info from before and took into consideration what I was looking to do with my husband to customize a solid plan we both could understand and relate to. Most of all, I remember one time I was confused about merging our accounts so I personally went to his office to discuss in-depth my concerns, which was over and above our usual communication by email with him or his assistant.

Read more My Life As a Client stories like this one here.