/sites/all/themes/penton_subtheme_wealthmanagement/images/logos/footer.png
Recent
Recent
China Weighs Breaking Up Evergrande to Contain Property Crisis
Jan 27, 2022
Seven Must Reads for the CRE Industry Today (Jan. 28, 2022)
Jan 27, 2022
An Alternative Perspective to the Most-Debated Practice Management Topics
Jan 27, 2022
Thirteen Ways Financial Advisors Can Build Quality Newsletter Subscribers
Jan 27, 2022
Featured
The 10 Best and 10 Worst States in Which to Retire in 2021
Jul 15, 2021
Poll: 15 Classic Books on Investing and the Markets
Apr 03, 2020
25 U.S. Markets Adding the Most Multifamily Units This Year
Feb 03, 2021
Fifteen Must-Listen Business Podcasts for Advisors
Aug 14, 2020
MY LIFE AS A CLIENT
brought to you by 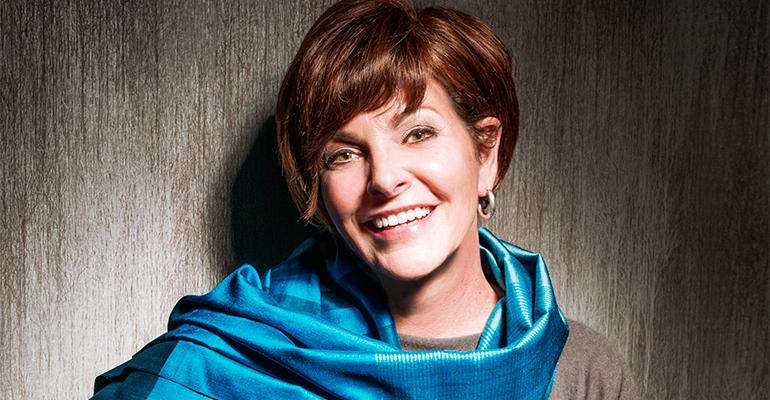 My Life as a Client: Riding the Advisor Carousel

What do your clients really say about you behind your back? Glenna Crooks, founder of startup SageLife in Philadelphia and a longtime executive, told us about her experiences.

I’m 67 years old, and I’ve worked with six advisors since I was 23. But only one ever mentioned any aspect of life other than those that were narrowly related to financial well-being. He encouraged me to invest a portion of my income into career development—really good advice.

When I was in my early twenties, my then-husband and I took out life and disability insurance through an advisor. He was easy to trust, and I felt I could lean on him. But we didn’t have anything to invest.

In my early thirties, I got a divorce. By then I was making double or triple what I’d earned before. I was working in the Reagan administration and found an advisor who had been a lobbyist for a patient-advocacy group. He prospected me when he decided to become a financial planner. This was the person who raised issues other than just financial ones. He asked about my goals and what I wanted to achieve in life. I told him I was aiming to become a philanthropist eventually, and he helped me figure out how to do that using life insurance. While I was with him, he shifted firms a few times, but I always followed him wherever he went, even when I moved to New Jersey and then Pennsylvania. Once, after my father passed away and my mother was visiting me, he went through all her financial affairs. It gave me great peace of mind to have a professional look over her accounts.

After about 15 years, when I was in my early fifties, he was in the process of retiring, so I found somebody locally in the Philadelphia area. I stayed with him for about 18 months. The customer service was exquisite—his staff found out what kind of water I liked to drink and always had it there for me, which was a nice touch. But he spent every meeting talking about all the clients he served who had far more money than me. Let’s not talk about that, I was thinking. Let’s talk about what I need. I’ve learned you never want to be at the top or bottom range of someone’s client base. Also, I downsized and he kept badgering me to get a condo that was twice the size I needed. He said, “But what about the deductions?” I said, “What about all the work?”

I was networking in the city at a women’s business organization, and I met a female advisor there. I thought, “This is cool. I would love to support a woman.” And she had a team of people behind her. So I switched. A firm she worked with created a pension plan for Strategic Health Policy, a company I started in 1994 and still run, but it was a nightmare. Extremely complicated, and I was afraid for years I’d do something wrong as a fiduciary. Then they kept pressing me to take on more risk. But by then I’d started getting serious about my tech startup. I felt I should spread risk across the entire portfolio of my life. How long did I have to live and see the market crash and come back again?

After about three years, I met an advisor at a charity event I helped organize and switched to him. I was with him for a couple of years. The trouble was, I would want to talk about financial issues and he was using the time more as a social occasion. Also, whenever I took money out of an IRA for my startup, he made me sign a form basically saying I recognized what I was doing was risky and I could end up sleeping on the streets. But he never actually looked at my business plan. He actually fired me.

About 18 months ago, I found a new person through a friend. He’s very low key and sees the value in my startup. And he’s the only advisor I’ve worked with who reaches out when there are shifts in the market. I see or talk to him once a quarter, but he’s always available.