/sites/all/themes/penton_subtheme_wealthmanagement/images/logos/footer.png
Recent
Recent
Seven Tips to Help Financial Advisor Firms Protect Their Customer Lists
May 20, 2022
Nine Must Reads for the CRE Industry Today (May 20, 2022)
May 19, 2022
Dondero’s NexPoint Targets More Than $1 Billion for New Wager on Single-Family Rentals
May 19, 2022
SEC Judges’ Constitutional Cloud Darkens After Appeal Ruling
May 19, 2022
Featured
The 10 Best and 10 Worst States in Which to Retire in 2021
Jul 15, 2021
Poll: 15 Classic Books on Investing and the Markets
Apr 03, 2020
Fifteen Must-Listen Business Podcasts for Advisors
Aug 14, 2020
Celebrity Estates: Jay Leno and Planning for Classic Car Collections
Feb 22, 2022
MY LIFE AS A CLIENT
brought to you by 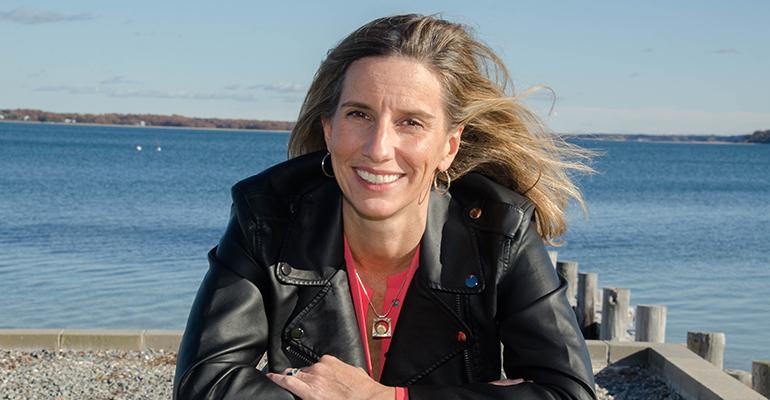 My Life as a Client: Fired by Our Advisor

If you’d like to know what your clients really think about you, we’re here to help. The following is the view from Elizabeth McCourt, 48, of Westhampton Beach, NY. An executive coach and recruiter for financial advisors, she offers a unique perspective on life as a client.

The first advisor I worked with was assigned to me around 2001. My employer used his firm for our 401(k)s. He only handled that account. He never asked about doing any other work for me, and I wouldn’t have given him more money, anyway. He was just on autopilot for that 401(k).

After 4 years or so, he left the business and another advisor of the firm took over. He was considered a million-dollar producer in that office, so when he asked about handling more of my investments, I felt like I would be in good hands. We had diversified the portfolios; he had a long-hold approach, nothing risky. I thought he was in tune with the market. And he did financial planning, though I would call it planning lite. (You plug in the numbers and they generate a report and they call that a financial plan.)

Related: My Life As A Client: Think Twice Before Doing It Yourself

I was the one who usually talked to him, not my husband. We’d always meet in the advisor’s office and we were in regular contact over the phone, about once a month. He never called my husband directly. He and I got along well, though he was more a numbers person than a people person, socially awkward. Smart but unusual. I didn’t find anything wrong with an introverted personality for someone doing our finances. He’d ask me for my insights into the business. My husband didn’t care for him, but trusted my opinion.

Still, there was another financial advisor in the same office, a top producer who happened to be a friend of mine. I met her 15 years before through a writing group I’d been in and didn’t find out for years what she did for a living. I also learned she was with that particular office a couple years after I started working with our advisor. My husband wanted to change to her, but I said that would be inappropriate. You just don’t do that.

Related: My Life As a Client: My Advisor Wants To Help Me Change The World

Then, maybe 4 years later, it all imploded. My husband and I had some cash we wanted to keep liquid because we were doing a renovation. We needed to hold the money in place. Our advisor recommended a move that was supposed to be pretty conservative. But a few days later something happened in the market and we lost thousands of dollars. So my husband called to talk about what had happened and the advisor said: “If you don’t want to listen to my advice, we’re done.” He fired us.

It was shocking. But my husband said, “Great, now we can use the other advisor.” We called her, got an appointment that afternoon, and we both felt she really listened to us and what we wanted to do. She listened to us in a way the other advisor hadn’t and talked to both of us too. We had another meeting and decided to go with her.

I’m still the primary contact now, but my husband has found renewed interest in coming to our meetings, so that’s a good thing. And we now have a more extensive financial plan. The three of us meet about twice a year. And she’s invited us for dinner a few times with her husband, who works with her. We went from a very sterile relationship with an advisor to a very warm one.