/sites/all/themes/penton_subtheme_wealthmanagement/images/logos/footer.png
Recent
Recent
Ten Ideas for Crushing the Holiday Season
Nov 24, 2021
For Motivated Advisors, Look Beyond Compensation
Nov 24, 2021
Construction Costs Are Taking a Toll on Real Estate Investors
Nov 23, 2021
JD Power: Wealth Management Mobile Apps Continue to Lag
Nov 23, 2021
Featured
The 10 Best and 10 Worst States in Which to Retire in 2021
Jul 15, 2021
Poll: 15 Classic Books on Investing and the Markets
Apr 03, 2020
25 U.S. Markets Adding the Most Multifamily Units This Year
Feb 03, 2021
Fifteen Must-Listen Business Podcasts for Advisors
Aug 14, 2020
MY LIFE AS A CLIENT
brought to you by 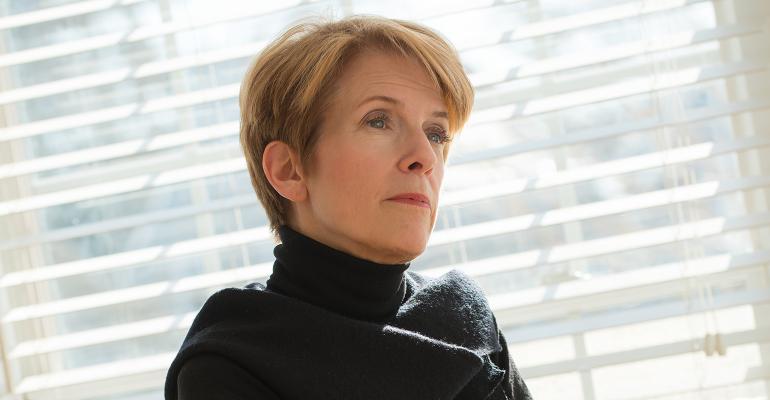 My Life As A Client: Know When To Stop Selling

Think you really know what your clients say about you? We asked Christie Peck, a 64-year-old former fundraising specialist in suburban Detroit, for her views.

My husband and I work with an advisor at one of the big national brokerages. And I would say he’s been pretty satisfactory. He definitely can be bullish on the market and sometimes when we listen to him get into pitch mode, we’ll kind of look at one another and wait for him to finish. Also, I know he has a proprietary interest in certain investment products, and there’s always a vague feeling he’s promoting one idea over another because of that. Not a huge issue, but I can’t help but think about it.

He’s not our first advisor. Our first one we started with more than 20 years ago. He also was affiliated with a big brokerage and was recommended by a neighbor who worked in financial services. That relationship never really jelled. I remember him saying things like he was trying to build his book by working with athletes. We didn’t fit that demographic. He switched firms at one point and told us it had something to do with a dispute with a colleague over assets. That didn’t seem like a positive. Also, we had fewer assets ourselves over 20 years ago, so we weren’t getting the A-list treatment.

Related: My Life As a Client: My Advisor Wants To Help Me Change The World

Then we moved over to an advisor at a big brokerage who had cold-called my mother. After about five years, he moved into a more senior management position in the company. At that point, our current advisor took over.

Initially, we went through a pretty cookie-cutter planning process where he gathered information about our assets, current and future goals, lifestyle goals and health needs. Now we tend to have bi-annual portfolio reviews when we update what’s happening. Typically, my husband and I talk to him over the phone together for about an hour. Then we may have separate discussions about specific steps pertaining to different accounts. Certain things may come up during our joint conversation, for example, and he’ll say, “How about if I talk to Christie about that later on?”

Related: My Life As A Client: Think Twice Before Doing It Yourself

The advisor may circle back to my husband, who’s a more active stock picker than I am, with recommendations. So my husband will choose individual stocks from time to time. With me, we talk more about, say, if it would be a good idea to increase my allocation in emerging markets or let’s look at a larger position in REITS. I say yes to his suggestions about 75 percent of the time. They’re fairly infrequent and macro. I think I’m pretty savvy about finance, but my rule of thumb is, if I can’t understand what you’re describing to me, I won’t invest in it.

We tend to be in managed funds. We do assets under management with him. Our investment strategy, basically, is keep calm and carry on.

Our advisor is in Baltimore, but that doesn’t present a big problem. Also, since he’s my mother’s advisor, we have occasional meetings when I visit her. He’s done a good job of relationship building. He asks how our kids are doing and walks a fine line between being interested and not overly chummy. He sends us the usual Christmas and birthday cards, which don't mean much, though I confess I like the Harry and David holiday gift packages. But he always makes a point of saying, "Thank you for your business," after every portfolio review, which I think is a good thing.

Also he has an ace administrative assistant. On some days, she’s almost as important as the advisor. She’s not only very responsive but has contacted us when, for example, we had a couple of accounts without a beneficiary. For certain things, like paperwork, we just go directly to the assistant for help.

Even though we’re mostly satisfied with our current advisor, we know the firm has an agenda that may not always have our best interests in mind, so we’re looking for an advisor or a planner we can meet with once or twice a year to look at the big picture—not to actively manage money for us—just a third party who we can be sure will promote investments that are the best for us. We’d keep our current advisor, but we feel like we need someone in addition.