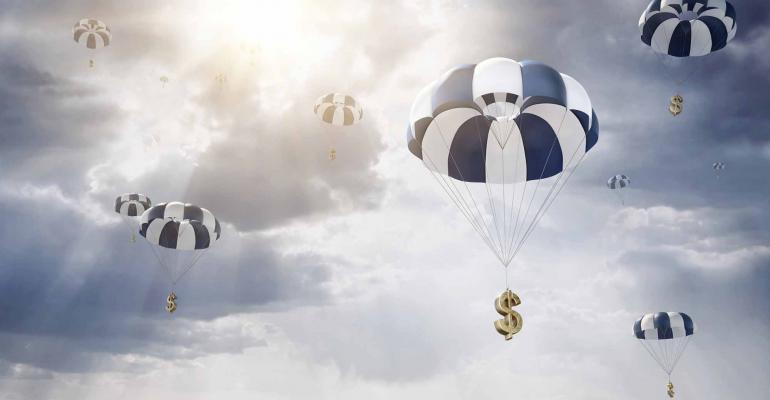 A Look Back at 2021: 7 Trends That Indicate It’s a Seller’s Market for Advisors

A year of extraordinary success has put advisors and independent business owners in the driver’s seat.

Despite the mark that COVID-19 continues to leave on the economy and the world over, there’s good news to report as we make our way out of 2021: Advisors crushed it.

A year of extraordinary success—in how advisors increased revenue, creatively served clients and managed their business lives—set forth another evolutionary shift in the wealth management industry that rose out of 2020 and laid a solid foundation for 2021.

It’s a confluence of events that positioned advisors securely in the driver’s seat this year. On the one hand, brokerage firms have been slow to acknowledge just how frustrated many of their advisors are with the status quo. While on the other, leaders outside of the brokerage channel continued to pay close attention to what advisors value most—freedom, flexibility and control—and responded by creating exciting new firms and models that match advisors’ needs. The result is increased competition for top advisor talent that has fueled a “seller’s market.”

And it’s this very theme that served as the backdrop for trends over this year.

In part one of this two-part series, we look at the top seven trends of 2021. And in a forthcoming companion piece, we’ll explore how these trends may impact 2022 and beyond.

As predicted a year ago, the pace at which advisors are changing firms and models continues to be strong. From our own experience in transitions that we facilitated, asset movement surpassed 2020 levels by the beginning of the fourth quarter. Industry-wide, nearly one in 10 advisors moved in 2020, and once the ink dries on 2021, we expect to see similar activity.

And many advisors have shared that 2020 was a wake-up call that brought to light not only the frustrations they may have been feeling—including too much bureaucracy, prioritization of the firm agenda and loss of control—but also the pulls toward something better. Plus, with deals at high watermarks, the pulls became that much stronger.

2. The state of transition deals: At even higher levels and with more competition.

Across the industry, valuations of an advisor’s business are on the rise—in both forgivable loans from traditional firms or independent broker/dealers, and M&A transactions on the independent side. The impact of the latter is driving a wild ride in M&A activity, but more on that later.

In the traditional space, deals have risen a bit, and firms have become more creative in structuring them to be more “advisor-friendly.” For example, some are offering backend bogeys that are easier to hit or can be earned earlier.

Plus, firms that were once known as below-market payers (such as Raymond James, for example) recognized the opportunity to capture top talent and made a decision to increase their transition packages, and that’s paid off handsomely.

3. The new winner in the race for top talent: There is no clear winner.

When you combine a seller’s market with a landscape replete with options unlike ever before, one thing is certain: The paths that advisors take are literally all over the map. While there was once a time when most advisors chose to move from one wirehouse to another or one independent broker/dealer to another, today it’s much more difficult to make such generalized statements—but there are some interesting trends that we’re seeing.

While independence continued to draw entrepreneurial-minded advisors, more opted for supported versions of independence (that offer turnkey assistance in establishing and operating a business) with firms like Dynasty Financial Partners, Sanctuary Wealth Partners and LPL Strategic Wealth Services. Still others chose to bolt on to an established RIA firm in lieu of building a standalone RIA.

It’s also interesting to note that while the diaspora toward independence remained strong, it’s boutique firms like Rockefeller Capital Management and First Republic Wealth Management that have greatly accelerated recruiting, snatching the interest of top advisors who might have otherwise opted to go independent. And many advisors looking for more autonomy realized that “super-regionals,” like Raymond James, RBC, and Stifel, provided what they were looking for without the need to build a business from scratch.

And as previously mentioned, the wirehouses have made a comeback—and with a vengeance. Morgan Stanley and UBS have really stepped up their game, filling their ranks with some of the best advisor talent in the industry. UBS, in particular, was on a private banker hiring tear this year. It’s noteworthy that, historically, firms were lukewarm in their desire to recruit these non-traditional hires who often have less portable books and stringent post-employment restrictions.

Wells Fargo had success with adding folks competitively but suffered losses due in large part to shuttering their international business which forced many long-tenured advisors to find homes elsewhere.

At Merrill, the ongoing “bankification” of the firm kept them on the recruiting sidelines, instead maintaining their focus on young bank advisors and retention efforts.

4. The most active movers: The “Lifers.”

There was a time when the aforementioned Lifers “were comfortable” at their firms—so much so that they were willing to turn their backs on what might have frustrated other advisors. Yet for many of these folks, the issues have become too numerous to ignore and the ease of staying put has vanished to a point where they are jumping ship with greater frequency than we’ve seen in the past.

Almost every major brokerage firm has its own version of a succession or sunset program that allows senior advisors to retire-in-place, monetize their life’s work and transfer the business to the next gen. These programs, like Merrill’s CTP, UBS’s ALFA and Morgan’s FFAP, can be compelling for senior advisors who have every intention of retiring from their firms.

But while these deals benefited senior advisors, it’s the next gen who found themselves locked up for the next five to seven years—and concerned over the negative impact that a lack of optionality has on their overall business development. As such, next gen successors are being more proactive in the decision-making process and have become strong proponents of change.

6. The new trend in independence: The RIA-ification of independent broker/dealers (IBDs).

Acknowledging that advisors are looking for options with greater flexibility plus more scaffolding and support, broker/dealers are undergoing a significant reinvention of their business models. They are allowing for more open architecture technology, the ability to launch an RIA and work with multiple custodians, and more transparent and predictable pricing—efforts designed to both retain their current advisors and remain competitive with major RIA custodians and RIA platform providers.

It’s an evolution that’s blurred the lines between what would be considered a traditional broker/dealer and an independent RIA firm.

The Echelon 2021 Q3 report pointed toward yet another record-breaking year for mergers and acquisitions in the independent space—with multiples far surpassing previous highs for quality firms that can demonstrate sustainable growth and repeatable processes. The mega-RIA firms and aggregators once again dominated headlines with CI Financial, Mercer, Mariner, CapTrust and Hightower leading the way. Plus, earlier this year, we reported that there was a shift whereby “Billion Dollar Buyers” became sellers—a trend that continued through Q3.

It’s activity that can be traced to plentiful cash via low interest rates, significant attention from private equity firms (such as KKR and Bain, that made platform investments this year in Beacon Pointe and Carson Group, respectively), and heightened activity from minority/non-controlling investors, which made it easy for firms to secure capital to fund their own growth, gain scale or prepare for succession.

And this red-hot M&A market is motivating prospective breakaways who recognize the real potential of building an independent business that can be monetized at the end of the day for multiples far higher than they might see as an employee—with tax preferred treatment.

No doubt, 2021 was extraordinary for the wealth management industry. But what will 2022 bring? And how will the trends of this year impact what lies ahead? All that and more in part two of this series.

Mindy Diamond is CEO and Louis Diamond is President of Diamond Consultants in Morristown, N.J., a nationally recognized boutique search and consulting firm in the financial services industry.