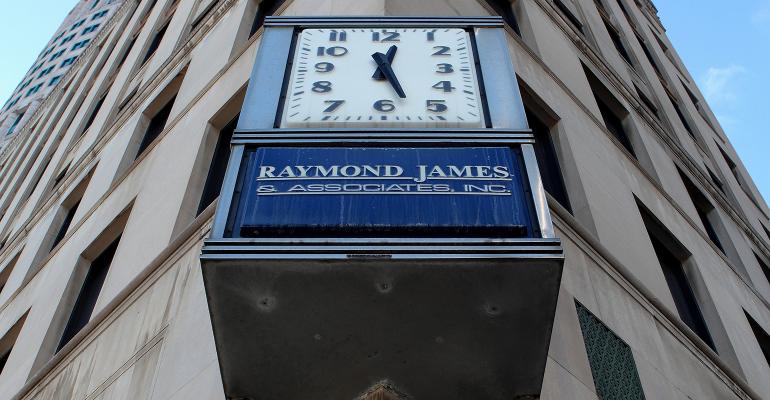 The Key Advantages Regional Firms Have to Attract Top Advisors

The increasing flow of advisors to the space makes it clear that something has changed at the regionals—and in a big way.

It’s hard to ignore the recruiting success regional firms have experienced over the last few years. For example, in 2019, Stifel Nicolaus and Raymond James recruited some $20 billion and $11 billion in assets under management respectively—both firms ranking in the top five of all firms in the industry when it comes to recruiting.

This year—despite the pandemic and renewed recruiting competition from Morgan Stanley and UBS—advisor momentum toward regional firms continues at an astounding pace. Year to date, RBC recruited $12.7 billion in assets, Stifel $11.7 billion and Raymond James $8 billion.

Yet, even as more of their colleagues transition to regional firms, many wirehouse advisors still hold onto outdated perceptions about the space. The most common misconceptions include:

“Regional firms are in very limited geographies.” Although the footprints of regional firms used to be confined to a certain part of the country, that’s no longer the case. For example, Raymond James, known for its footprint in the Southeast, now has a national presence; as does Stifel, which has expanded well beyond its Midwestern roots into 46 states.

“Deals are not competitive.” When wirehouses slowed recruiting in 2018, regional firms saw it as an opportunity to draw top teams—an initiative which included increasing transition deals. Today, quintile one deals from some regionals are competitive with wirehouse packages, while others compete based on an attractive combination of solid upfront transition dollars plus stronger ongoing compensation.

“Platform doesn’t stack up and technology is outdated.” A perception based on old information, recent investments in technology and expansion of investment platforms have leveled the playing field—in effect commoditizing these resources. Wirehouse advisors who perform due diligence on regional firms are often surprised to find that their current firm no longer holds the competitive edge.

“Brand name doesn’t resonate.” Although most regionals aren’t household names, the significance of a big brand among advisors and their clients has diminished. In the post-financial crisis era, most advisors recognize that client loyalty is with the advisor and that the trust developed between advisor and client matters far more than the name on the door.

“Advisors with big businesses and sophisticated high net worth clients don’t work at regional firms.” Recruiting stats illustrate that this is not the case. For instance, in 2019, five of the year’s biggest moves were to regional firms—including Roger Stephens and Dan Rothenberg who joined RBC from UBS with $7.5 billion in client assets. In 2020, RBC attracted top Merrill advisors including Michael Busick’s team in Wisconsin with $1.8 billion in AUM and Eric Glasband and Jonathan Stempel in Florida with assets of $1.4 billion. In addition, Stifel brought over Blase Sparma and Stephen Long’s group in Florida with $935 million in AUM from Merrill and Raymond James landed a $1.2 billion UBS team lead by Darryl Dunn and Jared Stricklin in Kansas.

While the regional firms have evolved, there’s actually more to it than that: Advisor sentiment has also changed. Today, advisors value firms that respect the advisor-client relationship, allow for greater flexibility and control over the business and provide a straightforward, stable compensation structure. And regionals are uniquely positioned to check these boxes, offering the following key advantages that are meaningful to today’s advisors:

1. A More Advisor-Centric Culture
Culture has become a key distinguishing factor—even more than capabilities—among firms. And a culture that respects the advisor-client relationship and acknowledges that the firm’s role is to support the advisor is the bedrock of regional firm cultures.

2. Less Bureaucracy and More Control
A flatter, more streamlined management structure that promotes quicker decision-making and a compliance-focused infrastructure that offers greater flexibility are two hallmarks of regionals. Unlike wirehouse advisors who are increasingly frustrated by limitations and often feel “boxed in” by their firm, advisors at regionals benefit from a more personalized approach. The ability to connect with senior management and to have more individualized attention gives regional firm advisors greater flexibility and control—combined with less bureaucracy, this can be a powerful catalyst for growth.

3. More Paid Sales Support
Although the ratio of production to sales support has gone up across the entire industry, most regionals will pay for a dedicated sales assistant for an advisor with $1 million in production.  At wirehouses the production bar is set significantly higher. This is a key advantage that regionals offer, since more dedicated sales support frees advisors from administrative tasks and allows them to focus on growth.

Clearly the regionals are forces to be reckoned with from a recruiting point of view. These firms are delivering strong deals, solid platforms and the sought-after combination of a full-service offering and a more advisor-centric, flexible culture.

That said, competition in this middle ground between the wirehouses and independence is heating up. As new boutiques and quasi-independent firms emerge, the challenge for regionals will be to clearly differentiate their value propositions in a space that we expect to become increasingly crowded over time.

Wendy Leung is a senior consultant at Diamond Consultants.