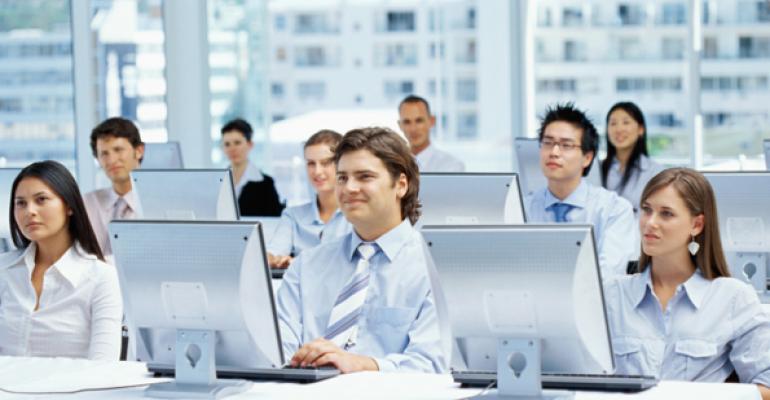 Training the Next Generation

A handful of firms are trying to fix the problem of training the next generation of advisors. Advisors Ahead, a start up from an industry veteran, and a program inside Raymond James offer two examples of what advisor training may look like in the near future.

Craig Pfeiffer left his job as Morgan Stanley Smith Barney’s Director of Marketing and Client Experience in 2011 after 30 years of holding numerous executive positions. The long tenure made him aware of a significant failing within the industry. A financial advisor shortage was looming due to the aging of financial advisors and relatively low success rate of broker trainee programs. Pfeiffer, like so many others in the industry, knew that current approaches to finding and grooming the next generation of FAs had to change.

Less than 20 percent of rookie FAs, who cost as much as $300,000 to fully train, survive a four-year training plan, says Andre Cappon, who heads the NY-based CBM Group—an international industry research and consulting firm. With fewer folks entering the industry these days to begin with, branch managers are finding it increasingly difficult to recruit and retain good advisors.

Much of the problem, according to Pfeiffer: “This industry has changed so much recently—particularly in terms of fiduciary responsibility, complicated client scenarios and transparency.  Yet, most broker training programs haven’t changed along with it.”

Also, many advisors nearing retirement need junior partners to help them with succession planning, he says.  “But, today’s typical FA recruit is someone between the age of 30 and 40-- with some proven career success— who is trained to be a sole practitioner, and not necessarily inclined to accept a role as an associate.  And, recent college graduates really lack the experience and expertise needed to help senior advisors properly transition their businesses.”

Just as people studying to become doctors and lawyers go through residency programs before practicing in their fields, Pfeiffer feels the same approach would work extremely well in the securities industry.  Universities still have graduates who want to be FAs, he says.  “But, it seems they lack an adequate bridge to prepare them to get—and stay-- there.”

He solidified his proposal and brought it to regulators, broker-dealers and universities, where it was well received.  In 2012, he launched his company, Advisors Ahead,to establish a path for entry-level FA’s to join the business through a kind of apprenticeship, similar to the on-boarding in the accounting, legal and medical professions, via internship and residency programs.

Advisors Ahead Preparatory Program: This is targeted to active students, providing a defined curriculum for sophomore, junior and senior years. The program provides introduction to career opportunities, support and mentoring of CFP study, licensing exam preparation.  There is a proprietary component, delivered through webcasts, on topics like ‘emotional intelligence,’ (the softer side of working with clients), workplace performance, creating appropriate risk profiles for clients, etc…

Advisors Ahead Institute:  an in-branch experience targeted at high achieving students during their junior and senior summers, as well as year-round for recent graduates. Candidates are hired by Advisors Ahead and contracted as temporary employees to the hiring firm.

Deena, Katz, an associate professor of personal financial planning at Texas Tech University, says that traditional FA training programs we’re mostly about production—just getting trainees to open new accounts. “The goal here is to work with knowledgeable students who can become well-rounded advisors,” she says. Students at Texas Tech, which has partnered with Advisors Ahead, are already studying personal finance. Even though an internship is required for graduation, the students aren’t just shadowing advisors before being set loose on their own. With Advisors Ahead, the firms get the chance to see if they want to work with these students when they graduate—and vise versa.

Last November, Raymond James introduced a new two-year financial advisor development program which also aims to address the issue of succession for retiring, to attract more women into the profession, and to substantially improve the likelihood that new advisors will succeed over the long haul.

Dubbed the ‘Advisor Mastery Program’ (AMP), it is modeled after the firm’s successful residency training program, which was a two-year, intensive study financial planning immersion program that currently enjoys a 60 percent retention rate, but could only accommodate a limited number of participants a year. “We tested all of our theories in that program and put what works best into AMP,” said Robert Patrick, director of education and development for Raymond James.

RJA is hoping for a similar success rate with AMP program.  “But, considering the we’re working with substantially more people now, we’d be happy with a 45% -50% success rate, especially since the industry average is easily 15-25% below that,” Patrick says.

AMP’s inaugural class, which is 34 percent female, has 27 remaining participants (out of an initial 32) working in different branches throughout the country.  A second class--launched in June has 35 members. Three classes are planned for 2013.

“We want, through detailed skill assessment, to vet out those candidates who aren’t going to succeed as early as we can—preferably in the first six months of program,” says Patrick.

There are two key components. “First, and most important, each new advisor is paired with an experienced advisor mentor,” Patrick says. “Second, the new advisors are placed in a branch from day one and often become part of an existing team, so they get real-world, practical experience.”

While critics of mentoring programs fear mentors will ‘pass’ trainees simply to be compensated, at RJA, mentors are compensated based upon the amount of business that’s generated by the mentee, eliminating potential conflicts of interest and aligning their objectives.

AMP participants are typically college graduates, many having also earned a postgraduate degree, with at least five years’ work experience.  “We’re not looking for recent college graduates. We want people with a certain baseline of experience and competency,” says Patrick.

Participants must pass the Series 7 and will get both sales and technical training via distance learning, classroom sessions and on the job over the course of two years. Three days a week, they’ll have distance-learning classes and homework. By the program’s end, they’ll be Accredited Asset Management Specialists and be positioned to sit for the CFPexam.

“The younger FAs will be living within an entirely different fiduciary framework, he says. They are more tech savvy and more engaged in social media than older FAs.  Since they will be inheritors of the older advisors’ clients, developing a strong intergenerational relationship and practice is critical to this industry,” Patrick says.