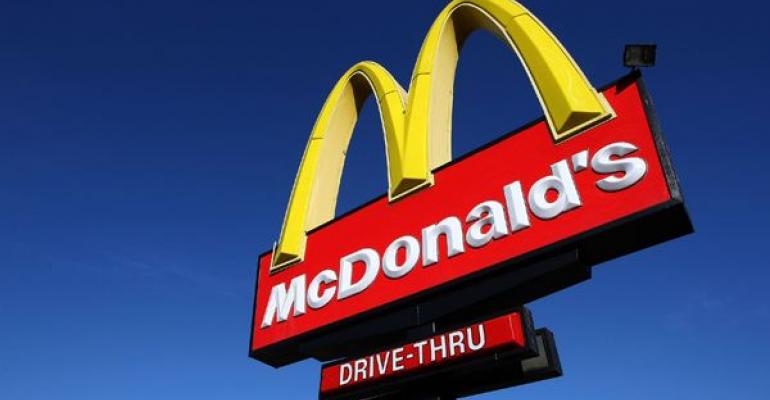 McDonald’s Franchisees: Niche Clients “by Accident and All of a Sudden”

More than a third of assets managed by Corbenic Partners comes from owners of the iconic chain restaurants.

Financial advisors often focus on serving specific types of clients, usually within their personal network or interests. But Brad Griswold’s niche in McDonald’s franchisees was “developed by accident, then all of a sudden.”

Griswold, the managing partner of Corbenic Partners in Bethlehem, Pa., said he had no intention of catering to franchise business owners when he founded his registered investment advisory firm nearly 30 years ago. Concannon Miller, a local accounting and consulting firm, referred a McDonald’s franchisee in need of wealth management to him and it snowballed from there.

“We were babes in the woods, so to speak,” Griswold said. “And we realized it was a very interesting niche to play in.”

Corbenic Partners now manages $400 million in client assets—a third of which is the private wealth of about 70 McDonald’s franchisees.

Victor Gaxiola, vice president of sales and marketing at Lirio, a company that uses behavioral psychology to help professionals identify client personas so to better interact with them, said owning franchise businesses can be lucrative and he could see how a financial advisor could build a business around those clients. Gaxiola’s (whose first job in high school was at a McDonald’s), became a financial advisor with Wells Fargo before joining Lirio.

He added that once an advisor finds a niche and it proves to be successful working with a specific clientele, that advisor becomes the go-to person for those types of people.

Like any group of small business owners, Griswold’s niche comes with its own set of nuances. He’s found franchisees to be friendly, “very hard workers” and successful business people.

In most ways, owning a franchise is like owning any other small business, Griswold said. A lot of first-time or single-franchise owners (who McDonald’s requires to have a minimum $500,000 in net worth of non-borrowed personal resources) spend an exhaustive number of hours at the business and it’s not above them to pick up a broom or stand at the grill. Most put in the work with the goal of building a successful business, reinvesting what they earn and owning multiple franchises.

Griswold said one benefit of McDonald’s franchises is the organizational and capital support from the parent company, which not all owners of franchise businesses receive. On the other hand, that means the organization has a weighty opinion on how the franchises are run.

“[McDonald’s] has a distinct brand and they work very hard to protect that brand through organizational structure,” Griswold said.

One example Griswold gave was when the company decided to serve breakfast all day. It was a decision lauded by owners for increasing profitability, but franchisees were required to makes significant changes to their kitchens and buy a specific toaster. Had that decision been left to the individual franchisees, they could have simply chosen the toaster they wanted and purchased it.

McDonald’s also dictates the expansion and sale of their franchises—even when the transaction is between family members—which was something Griswold didn’t fully realize when he began working with franchise owners. Much of the work he performs as an advisor is financial planning, in tandem with other tax, finance and estate professionals as franchisees sell their business(es).

Something else he didn’t know when he first started: the scale of the operations. It’s common for a franchisee to own as many as 10 locations, each with roughly 50 employees. “The numbers can get very large, which means the complexity and structure required to run these things efficiently is pretty incredible,” he said.

Griswold recalled talking to one McDonald’s franchisee who said she was having trouble finding a venue for the Christmas party she threw every year for employees and their spouses. He was floored when he asked how many people she was expecting and she said “it will probably be about 3,000 this year.”

Each year McDonald’s holds an annual meeting for its franchise owners and Griswold attends to spend face time with clients, as well as the next generation of their families who intend to take over the businesses (assuming a blessing from McDonald’s). Most of the McDonald’s franchisees he works with are specifically in the tristate area (New York, New Jersey and Connecticut) and across Florida, with a few pockets in Dallas, Austin and Washington, D.C. areas.

Corbenic Partners is referral-only. He would take on more clients but Griswold said he doesn’t want to stretch his team of two advisors and six support staff too thin.