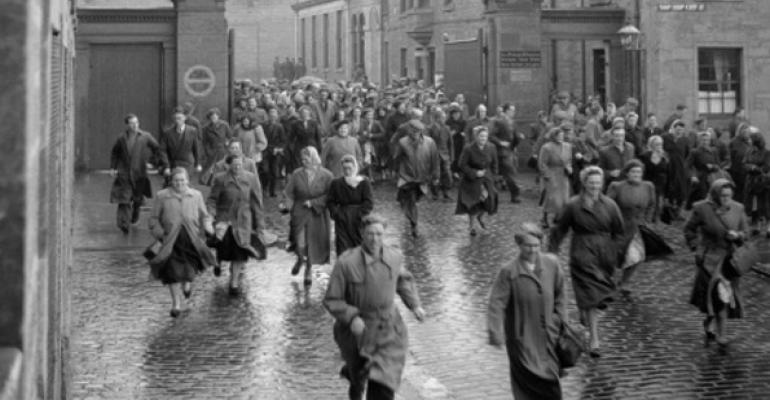 Cerulli: One-Third of Advisors to Leave the Business by 2024

About 98,500 advisors, or 32 percent of the total advisor population, plan to retire or exit the business in the next 10 years, a new Cerulli Associates report found. The average advisor in this industry is in their mid-50s and ticking upwards, yet only 29 percent of advisors have a succession plan, according to Moss Adams.

More than a quarter of advisors plan to sell to an existing partner, while 14 percent plan to sell to an outside buyer but haven’t identified that buyer yet, said Kenton Shirk, associate director at Cerulli. But among independent broker/dealer advisors, dually registered advisors and RIAs, greater than 20 percent haven’t identified an outside buyer.

“For some, [succession planning] not a priority because they want to work far past what would be considered a typical retirement age for other industries,” Shirk said. “At a minimum, advisors should still have a continuity plan.”

Finding a suitable succession partner—someone with a similar philosophy and approach to clients—can be a major hurdle in preparing for retirement, Shirk said.

“There is a sleeve of advisors who want to groom a junior advisor,” he said. “I think it’s hard to find that person who has that mix of technical skill and knowledge coupled with the business development ability coupled with the entrepreneurial acumen to run a business.”

David Grau, president and founder of FP Transitions, which consults on practice sales, said many advisors near retirement aren’t selling their practices at all.

“The number one exit strategy in use in the independent space today isn’t internal or external,” Grau said. “It’s attrition. The owner is married to the cash flow stream; they work it as long as they can. And by the time they’re done with it, there’s nothing left to sell.”

The maximum sustainable growth rates in the industry occur between ages 45 and 55 years old for a one-owner business, Grau said. When the advisor is between 55 and 65 years old, growth rates plateau and begin trending downward.

“Little by little as their clients get older and have withdrawal events, they die off themselves, pass the money to their children; the business contracts on its own,” Graud said. “If you don’t reinvest to build it, it just eventually becomes about a third of what it was. By that time, it’s so far in decline nobody will buy it.”

Shirk said advisors should be more proactive about tracking practice metrics, such as profitability, revenue per client and revenue per headcount, growth rates, client demographics, and the concentration of clients. These factors make a practice healthier and more valuable to buyers. 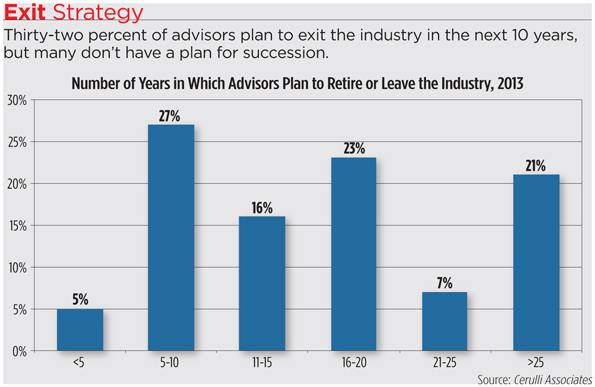